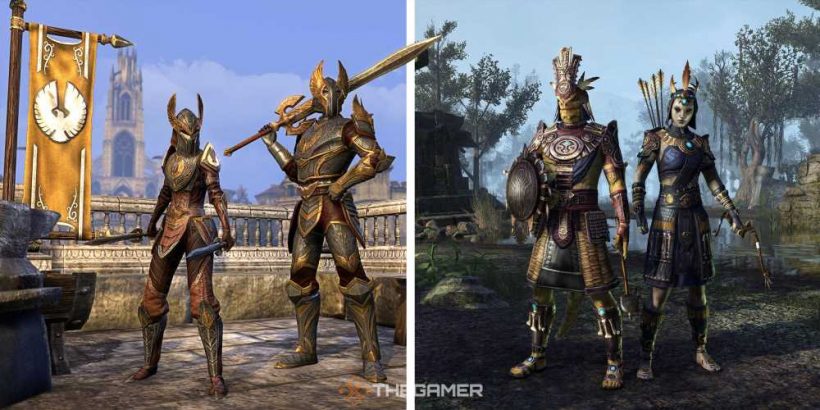 Motif chapters can be obtained in many different ways in ESO, including completing dungeons, searching chests, and finding them throughout the game world. Since there are so many different motif styles, some of them are more worthwhile to obtain than others because of their unique appearances. 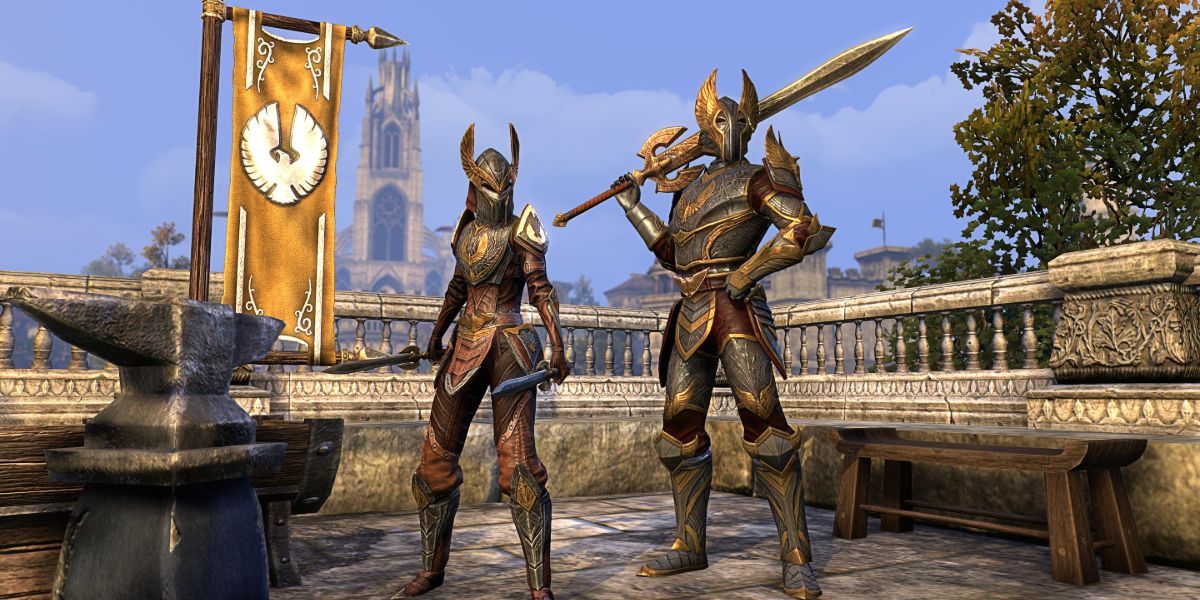 The Aldmeri Dominion is one of the 3 different factions in ESO, and it has one of the best styles found in the game because of its elegance and pretty colors.

The different armor styles for light armor, medium armor, and heavy armor all look quite similar to the Aldmeri Dominion motif, and they are all a gray color with gold on the helmet. To obtain chapters of this motif, you must search chests in Cyrodiil and the Imperial City while part of the Aldmeri Dominion faction. 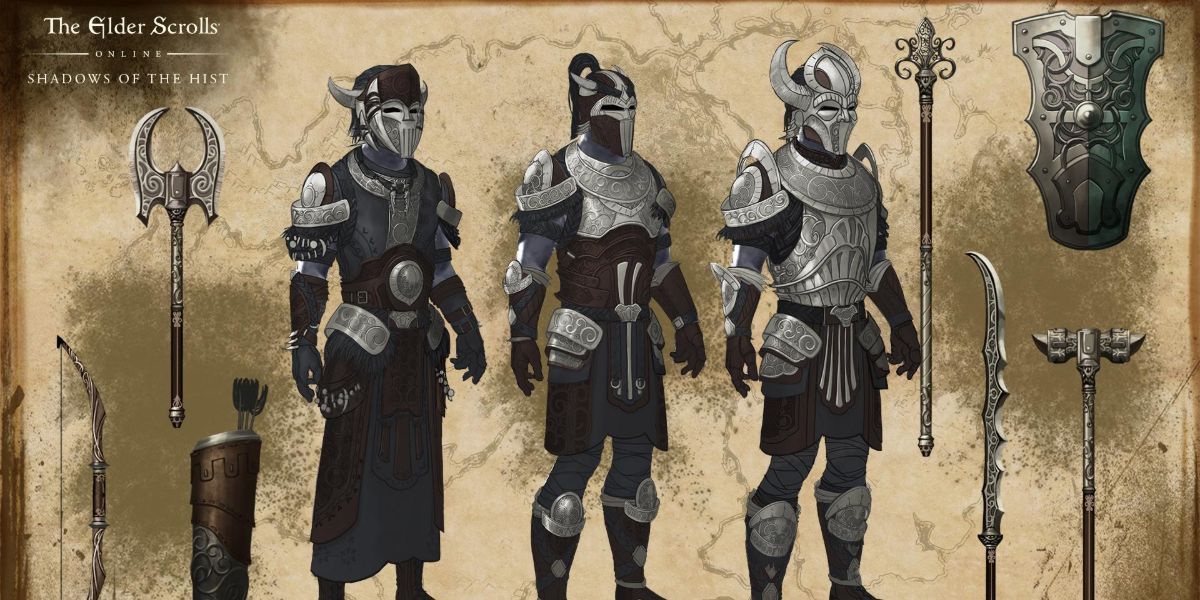 The Silken Ring motif is somewhat rare, and it’s no surprise that most players like this style since it is perfect for players who enjoy decorated helmets with a lot of character. The heavy armor of the Silken Ring style is arguably the best because it contains a strong-looking helmet and torso armor that is fit for a knight.

To obtain the different chapters of the Silken Ring motif, you must complete the Cradle Of Shadows dungeon, and at the end, you will have a chance to obtain a chapter. 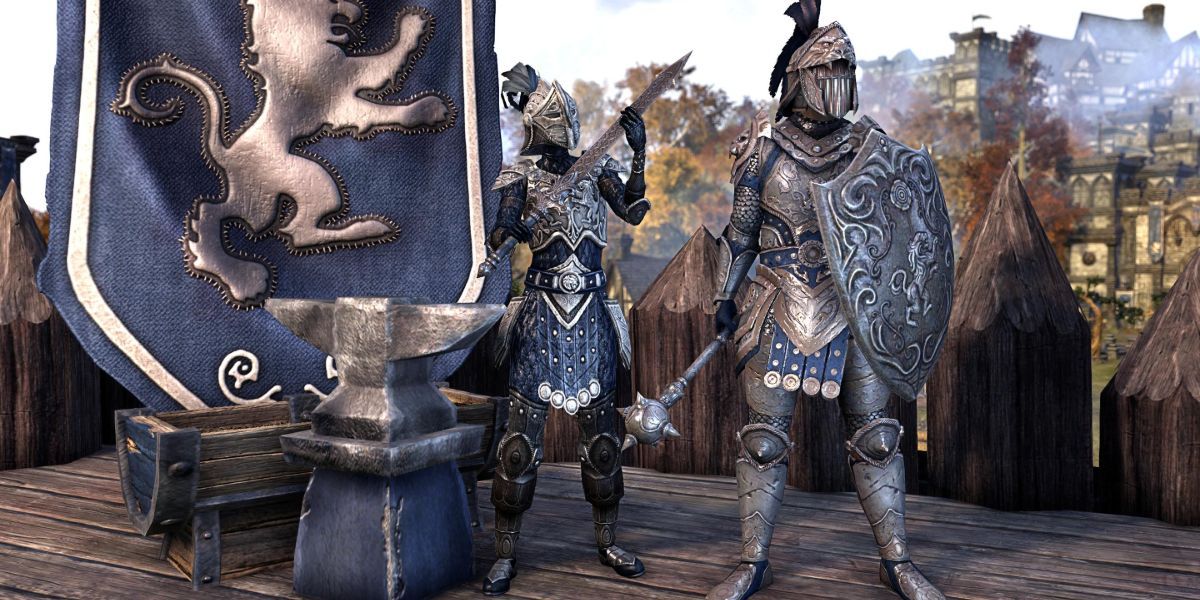 The Daggerfall Covenant is another one of the factions in ESO, and its style is even better than the Aldmeri Dominion motif because it has a lot of personality. It allows you to customize your character with the pride of a lion.

The ends of each helmet have a unique ornament on every type of armor, and there is enough distinction between the three different types that you will want to equip every type of this armor onto your different characters. You can obtain chapters of the Daggerfall Covenant motif by opening chests inside of Cyrodiil and the Imperial City while you are fighting for the Daggerfall Covenant faction. 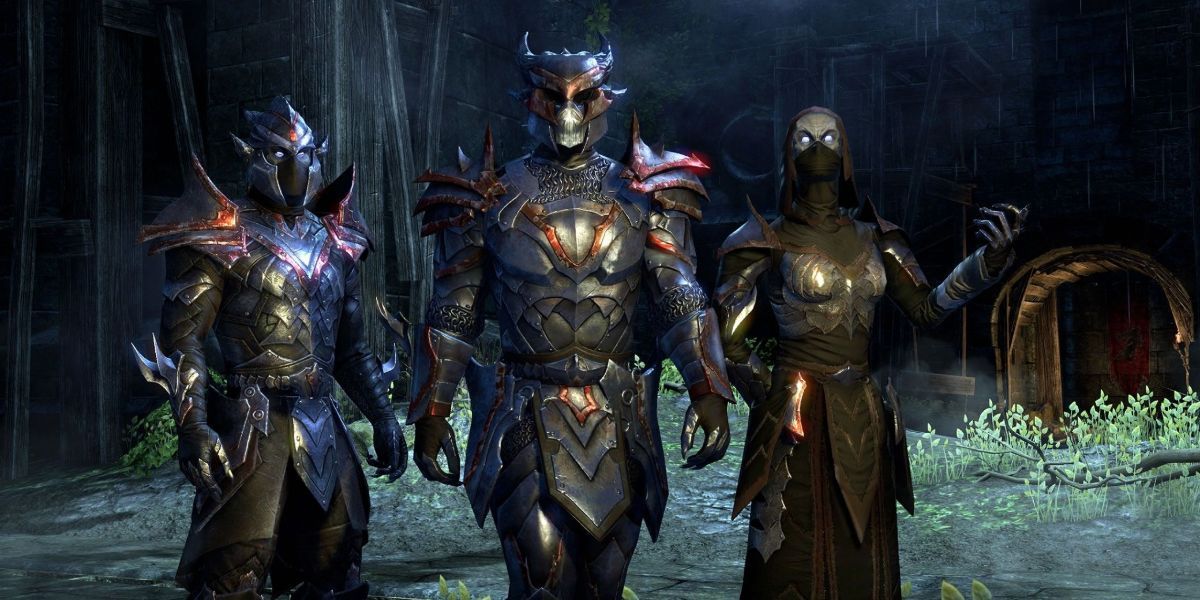 The Xivkyn motif and style were added into the game with the Imperial City DLC, and a lot of players consider it to be an upgraded version of Daedric armor since it is themed around a type of Daedric enemy.

As previously mentioned, the Xivkyn style has a theme that best reflects the Daedra and the type of armor that they prefer to wear. You can obtain Xivkyn motif chapters from Imperial City Treasure Vaults which makes this motif rare compared to other motifs that are obtained outside of PVP zones. 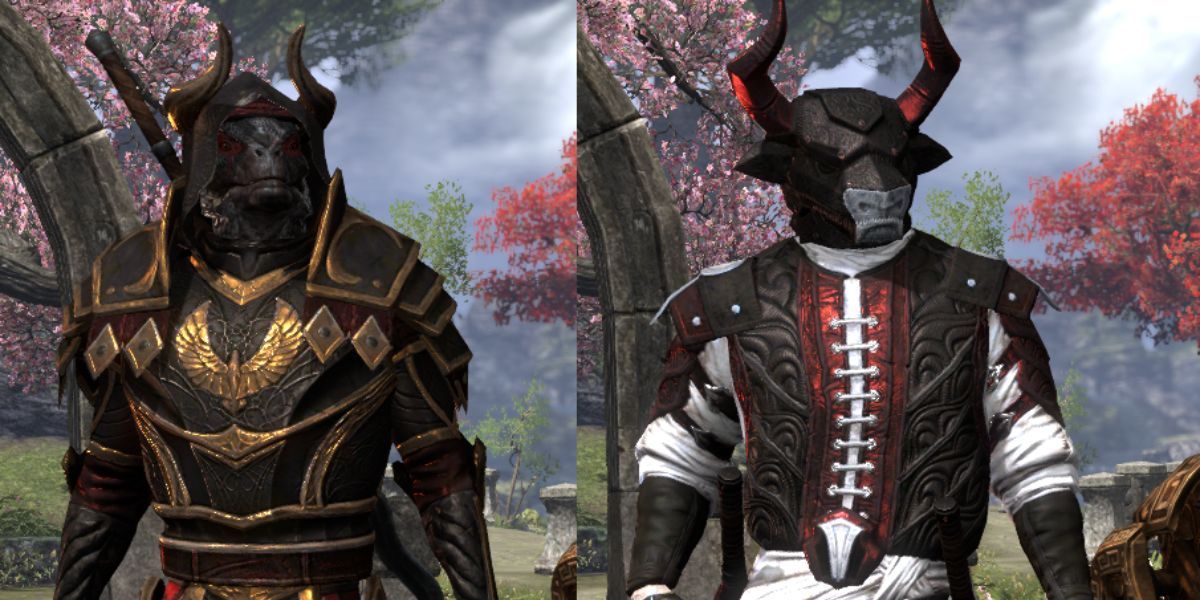 The Minotaur motif is unsurprisingly themed around the Minotaur enemy. This enemy has the head of an animal, and the helmet of this style resembles a minotaur’s head accurately.

The Minotaur style is made of mostly dark colors, while the helmet has horns sticking out of the top, resembling a minotaur. This style isn’t difficult to obtain; however, acquiring every chapter of the motif is a grind. The Minotaur motif is found while completing the Looming Shadows mission which is located in the Gold Coast DLC zone. 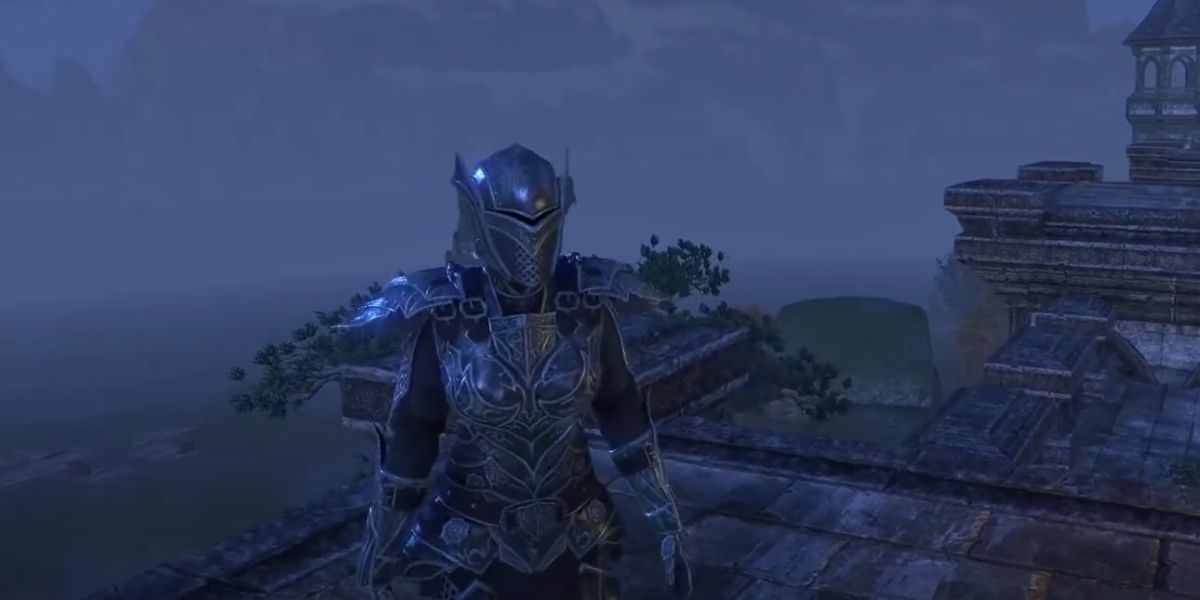 Skyrim players are familiar with ebony armor because it was one of the strongest types of armor in the game. The ebony motif in ESO essentially copies the appearance of Skyrim’s ebony armor for the most part, and it looks great in this multiplayer game.

Players that equip the ebony style will quickly notice how familiar it looks because of the Ebony Warrior from Skyrim. This armor style is one of the best motifs for The Elder Scrolls franchise nostalgia. You can purchase this motif and its chapters from Rolis Hlaalu. 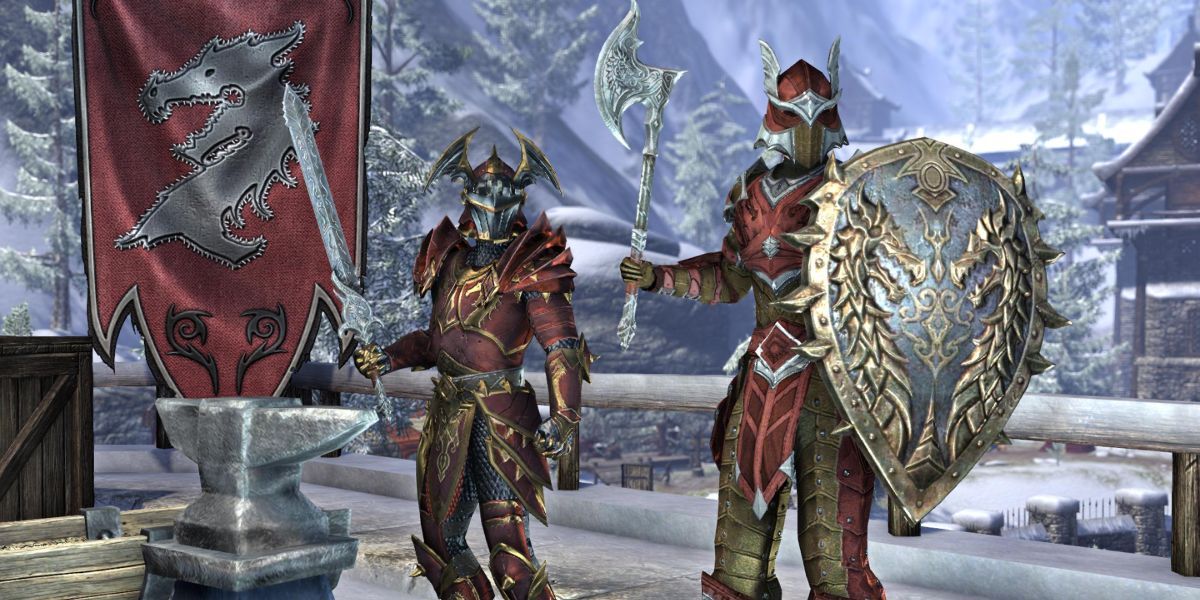 The final faction style in ESO is themed around the Ebonheart Pact. This style of armor and weapons is intimidating, and it will strike fear into the hearts of your PVP enemies. Similar to the other faction styles, this motif can be obtained by searching chests in Cyrodiil and the Imperial City while playing as an Ebonheart Pact character.

The heavy armor for this style is the best; its helmet has small wings on the sides of it, and the torso armor has a beautiful yet intimidating presence. The different types of armor in this style vary in color, from black to red. 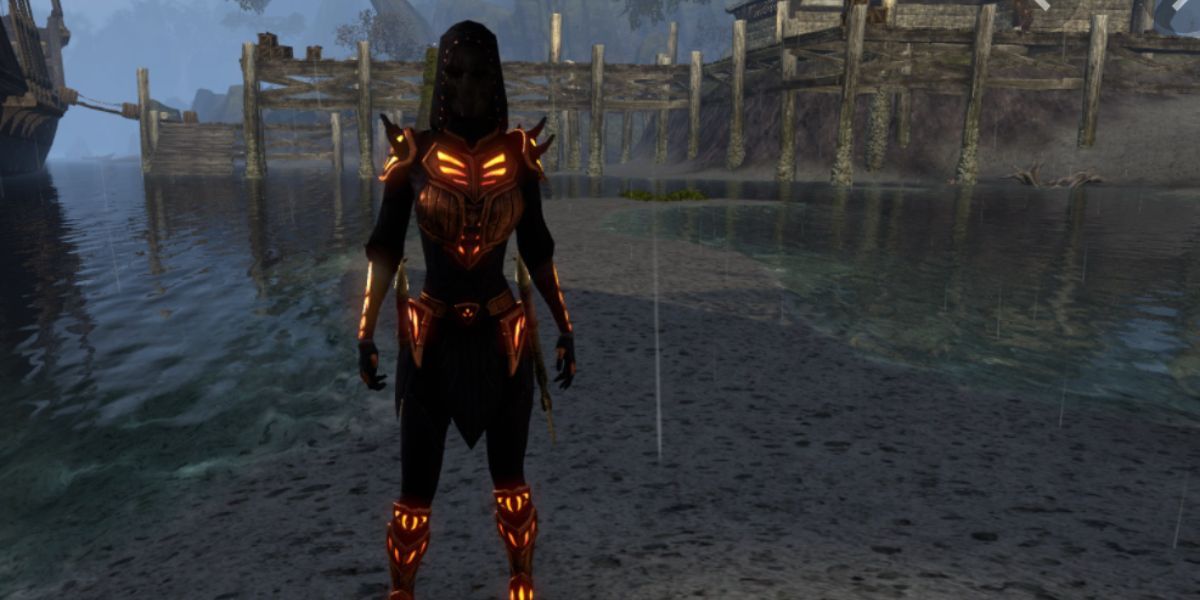 The Hollowjack motif is a style that glows orange and has a dark overall color scheme. The attribute that sets the armor apart from other styles is the glowing orange torso piece that immediately stands out when you first look at it.

Hollowjack style weapons have an almost Daedric appearance; however, they are distinct from Daedra by having a different shape. Hollowjack motif chapters are located inside of plunder skulls that you can acquire by defeating bosses during the Witches Festival. 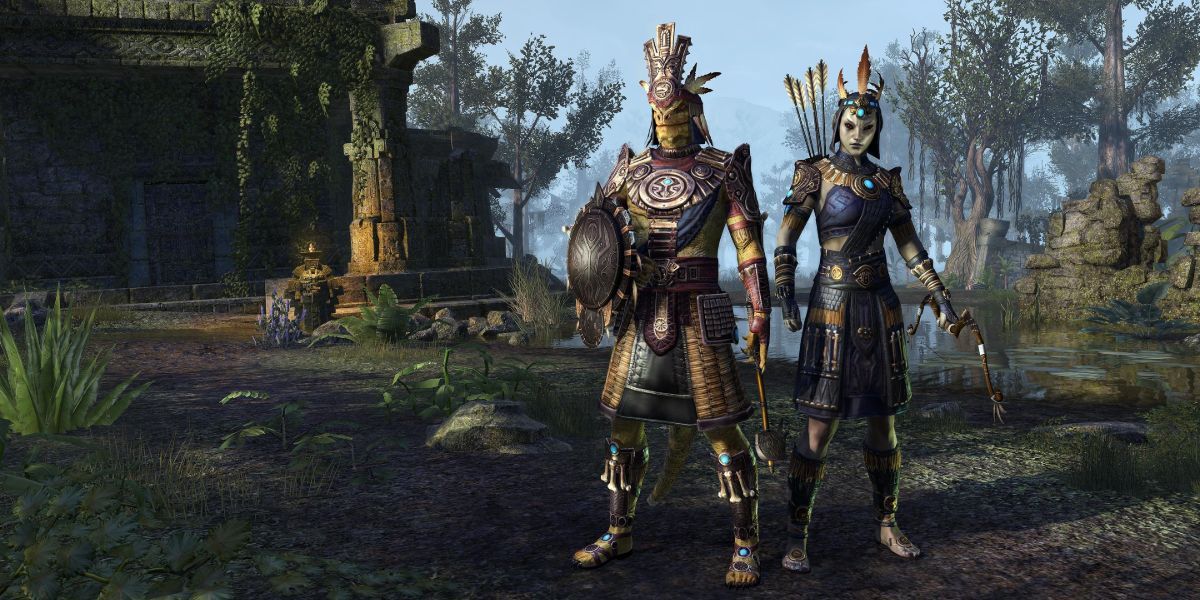 Argonians have many different styles and costumes themed around them in ESO. This is most likely because their culture is so fascinating, and the type of clothing they usually wear is so distinct from the other races of Tamriel.

Regardless, the Elder Argonian style is beautiful because of how light it looks in appearance and its beautiful green color scheme. On top of this, the helmets for each level of armor are very unique, while the different weapons have an ancient-looking style. You can obtain the Elder Argonian motif by completing the daily quests located in the Murkmire DLC zone. 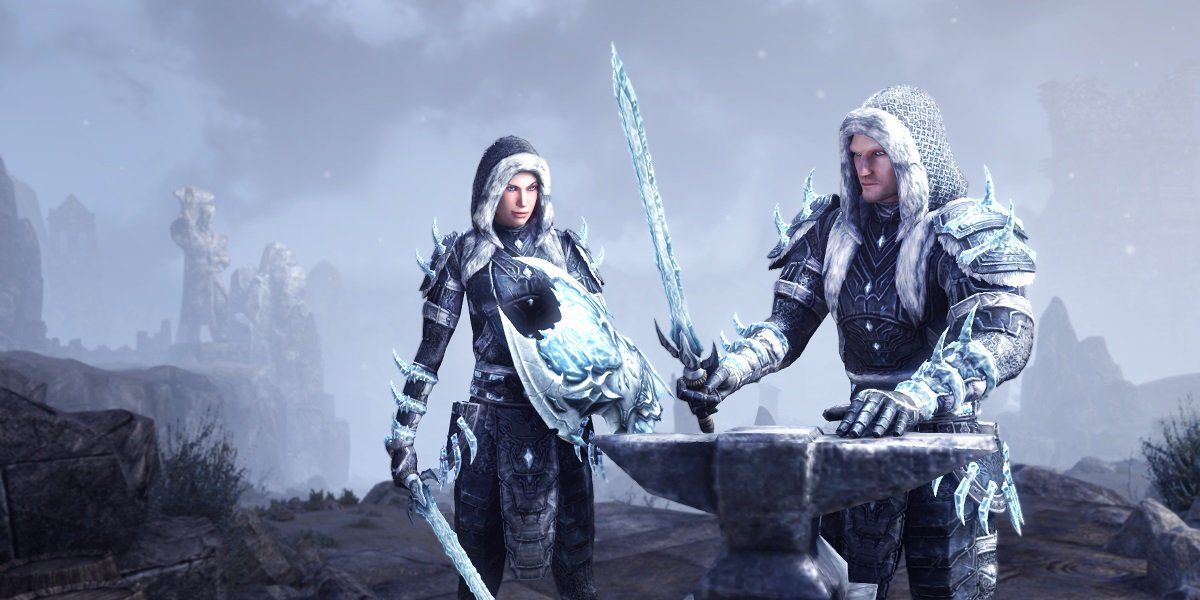 Elder Scrolls fans that played the Dragonborn DLC in Skyrim will be quite familiar with the appearance of Stalhrim gear. The armor in this style is covered in warm clothing as if the wearer needed a coat for a walk up a snowy mountain.