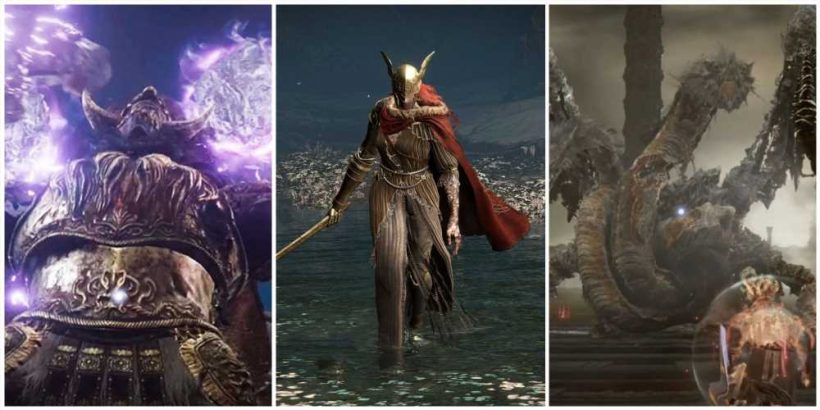 Elden Ring is a tough game. Acting as a successor to the Soulsborne titles and expanding upon the formula in incredible ways, we all knew it was going to be a hard game going in. Sure, there are more tools and options to help out, but I still had a few things trip me up here and there, despite being so familiar with the series and having completed the others multiple times.

So, after finishing the game, and essentially every boss in the game – not including the one in Fia's questline, that's a second playthrough one for me – I am eager to jump back in and tackle everything in a new way. However, there are some bosses that I might just… forget. Oh, you're over there? I was heading this way, actually – maybe I'll come back later… yeah, later.

5 Rennala, Queen Of The Full Moon 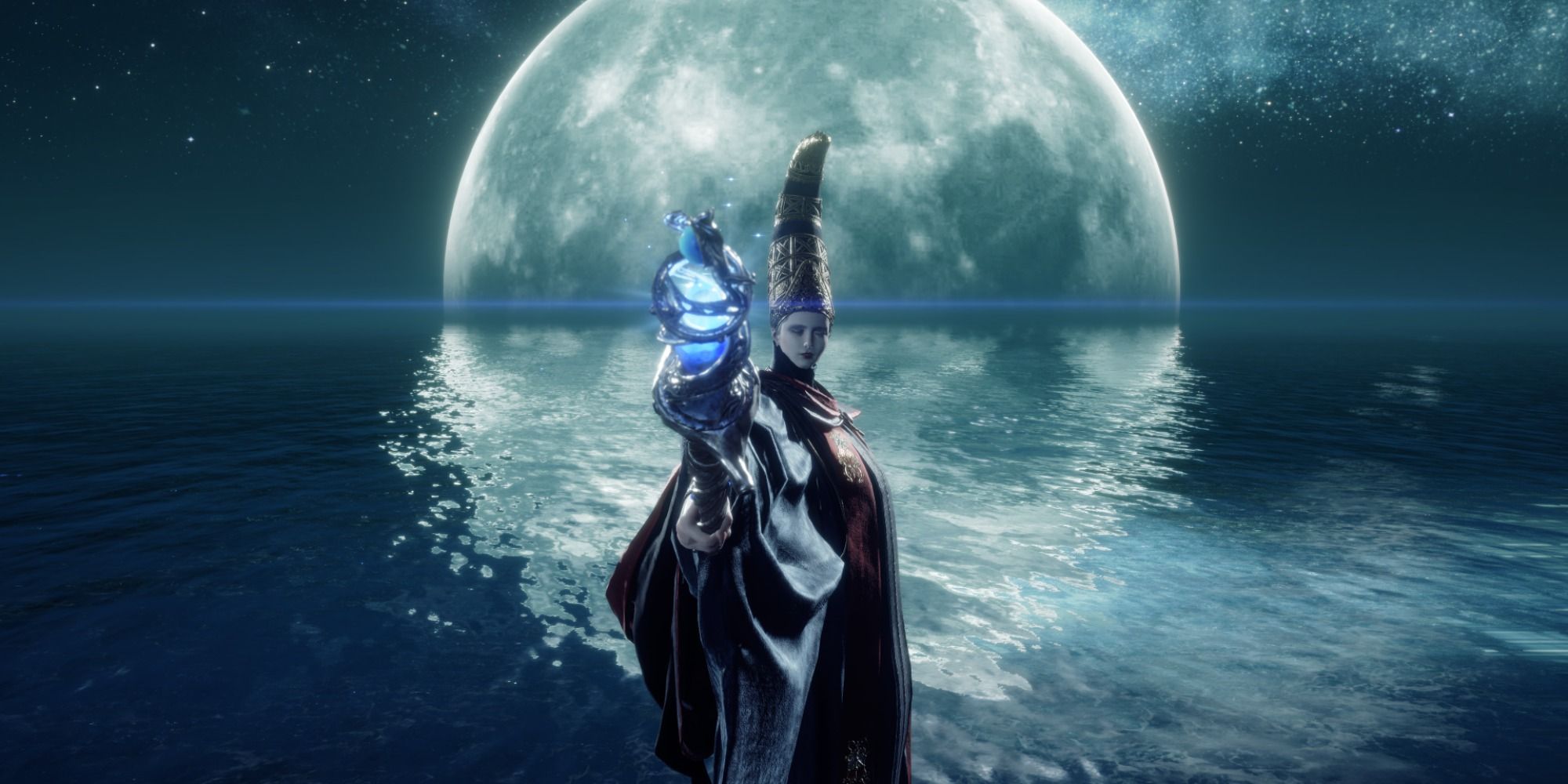 One of those bosses where it's a little gimmicky – you figure out the system, and then it's just getting it done. Find out which of the weird crawling creatures is buffing the boss, stop them, then smack the boss a whole bunch while avoiding basic attacks. Easy, we're done, right?

Enter phase two, and a big ol' death beam will kill you instantly. Okay, nice. Now to do phase one again. Getting to phase two takes a bit of time, and becomes tedious when moon queen here keeps killing you with moon magic. Learn to dodge those, and she'll start summoning giants, bloodhounds, and a dragon. Yeah, I can probably skip this bit. 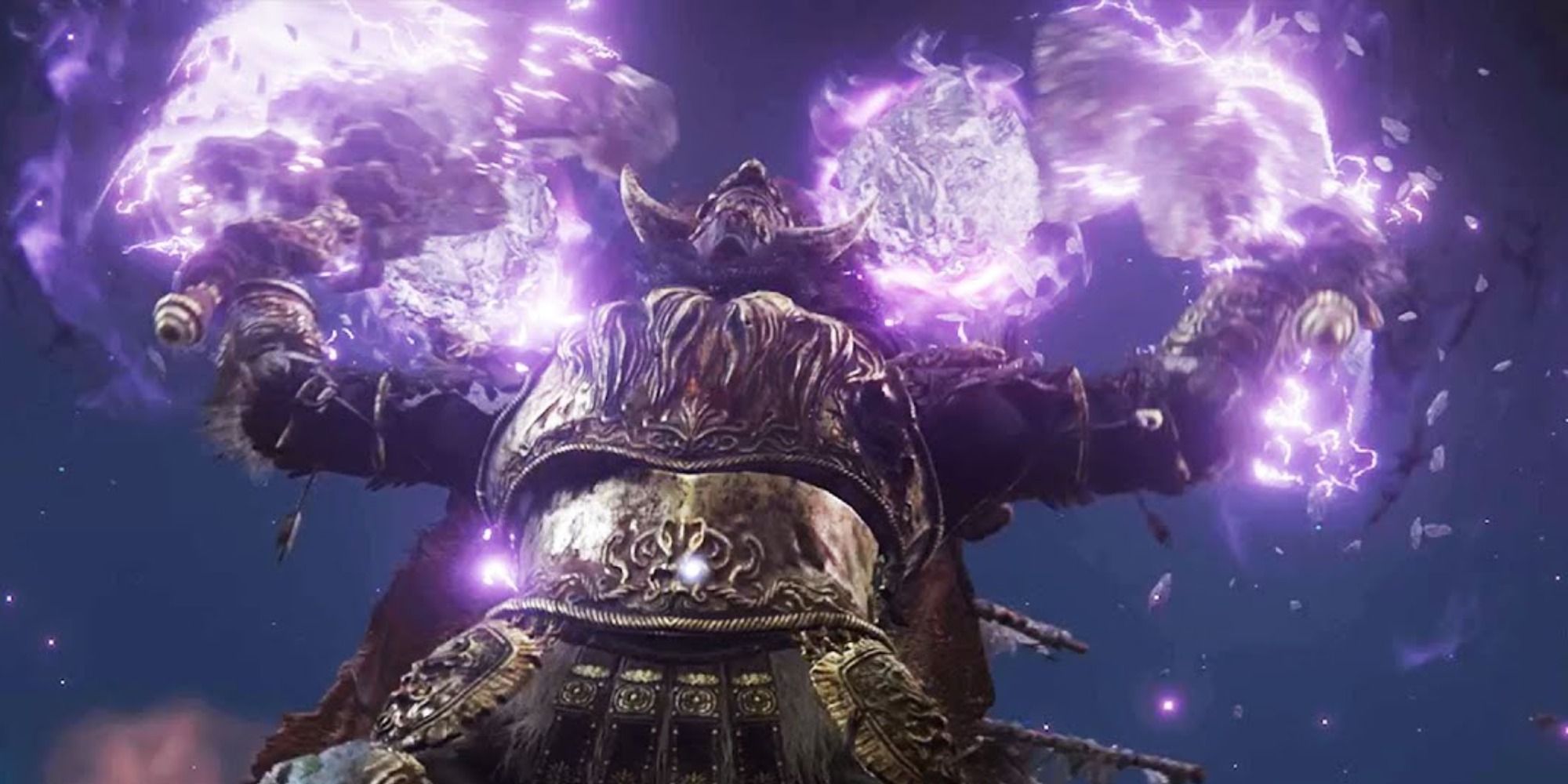 Radahn? Oh, easy. Barely even remember him. Pathetic, really… Okay, look, if he's happy riding around a big empty battlefield on his little horse, who am I to stop him? After all, he took stars and stuff just to keep that horse going, so clearly he's put in the effort.

I don't know why I had such a tough time with Radahn. Even though you can constantly summon in like five other NPCs to help, it was just attempt after attempt. I know you have to kill him for Ranni's quest, but is it really worth it? I could just… not. 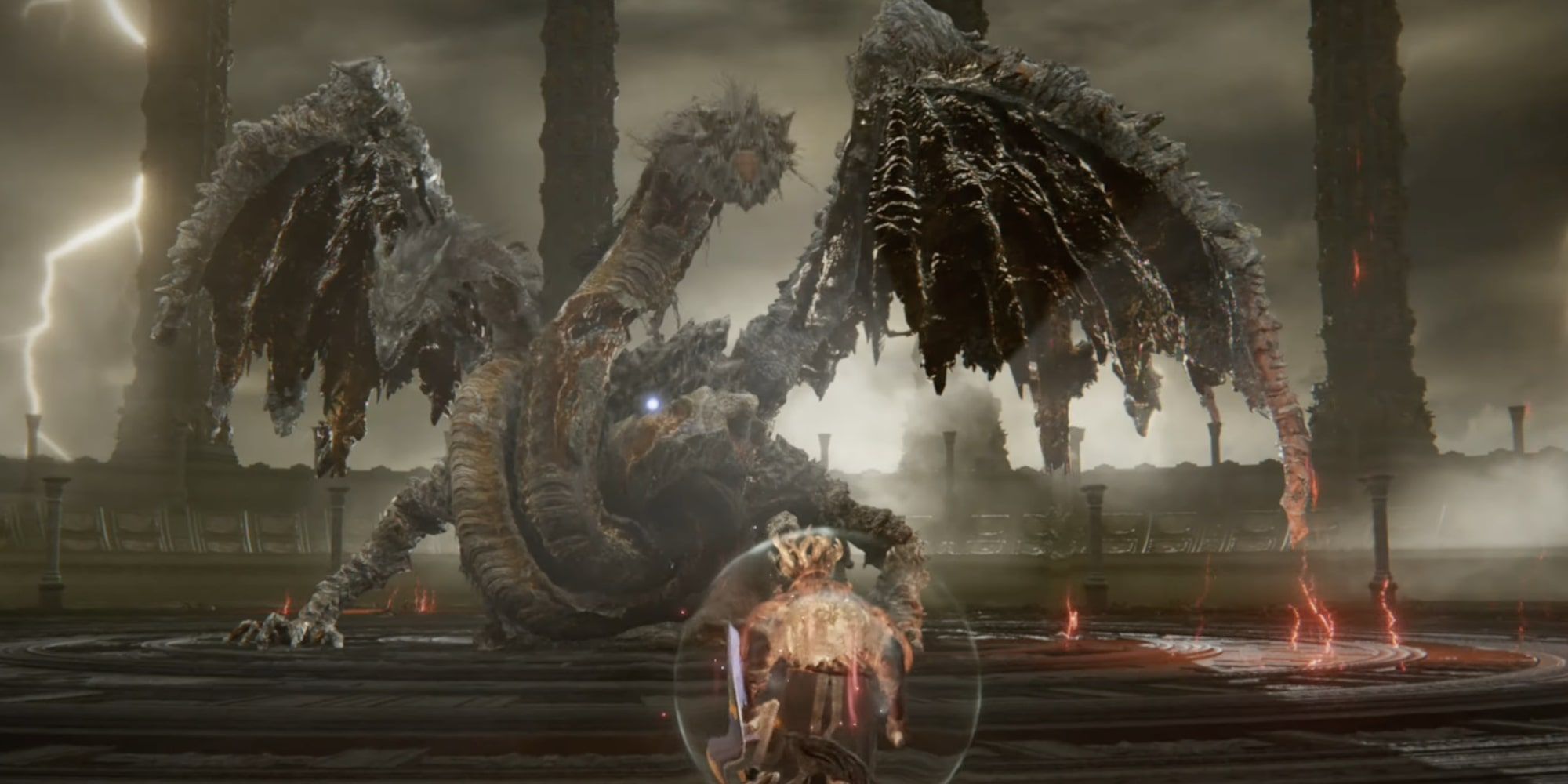 A two-headed dragon? Yeah, why not. I mean, there are so many dragons in these games, having two heads doesn't mean anything. Oh, it goes invisible as well? Huh. Well, maybe I could leave it there.

This dragon chills out in the middle of a hurricane, so clearly it doesn't want to be disturbed. Plus, it seems like it's already missing a few heads, so let's not give it an even tougher time. I'll just leave it in that big arena with the intimidating pillars and lightning everywhere. I didn't want to go there anyway. 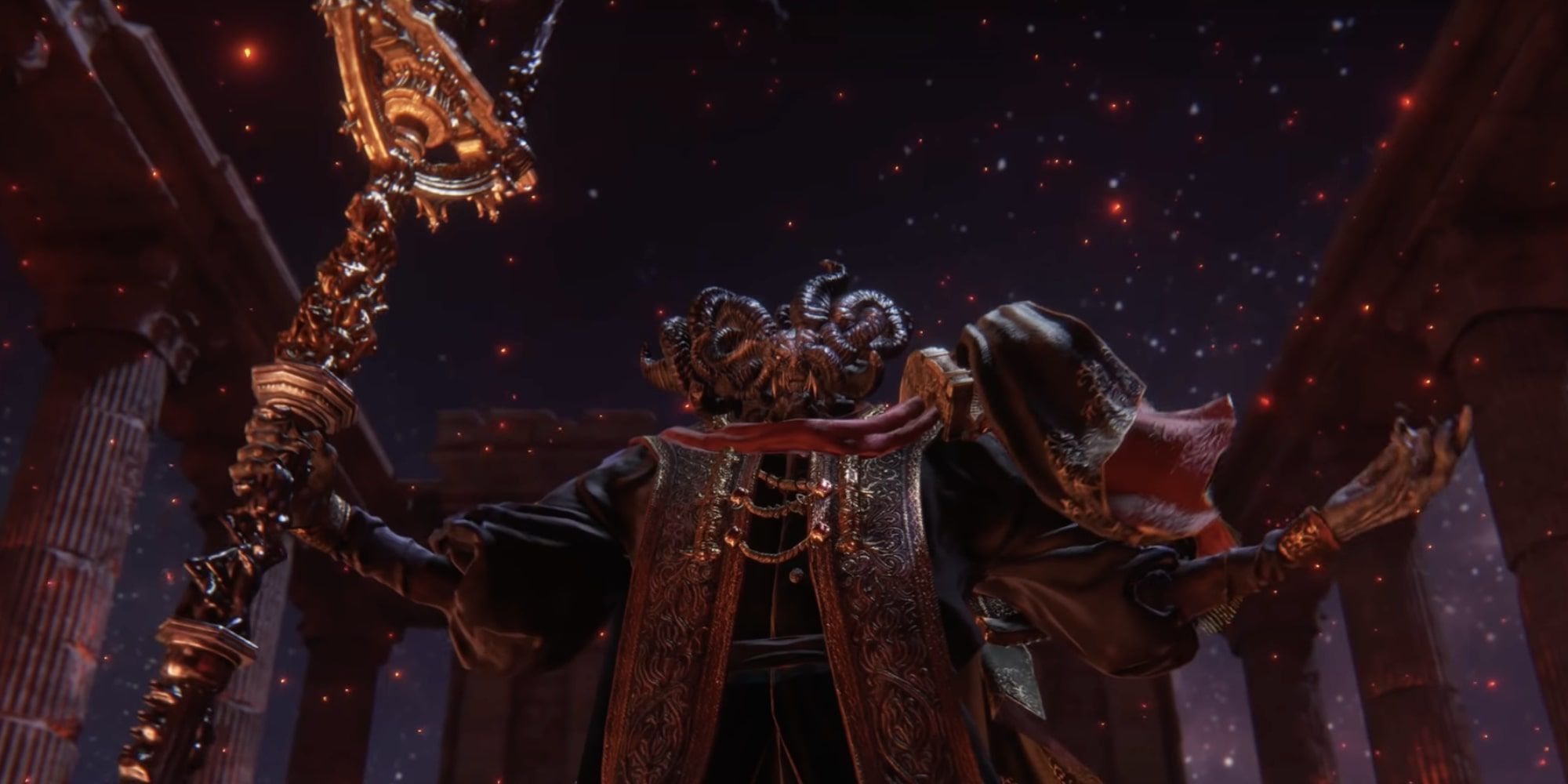 This guy. This dude. The first phase was tough, but I could get it down – soon it wasn't an issue, and he was at half health quick enough. Oh, but then a lot of that health comes back. And he damages you with a curse. And then he deals blood damage that you can't really block. And he does not stop.

I know he's the lord of blood, but come on – chill out with all the bleed build-up. I only have so much blood, and I would like to keep it inside, if you please. Well, at least Mohg is out of the way – he's not worth going all the way back to, so we could just leave him to it. Even Gideon recommends just leaving him alone, and Gideon is All-Knowing, so I ain't one to argue. 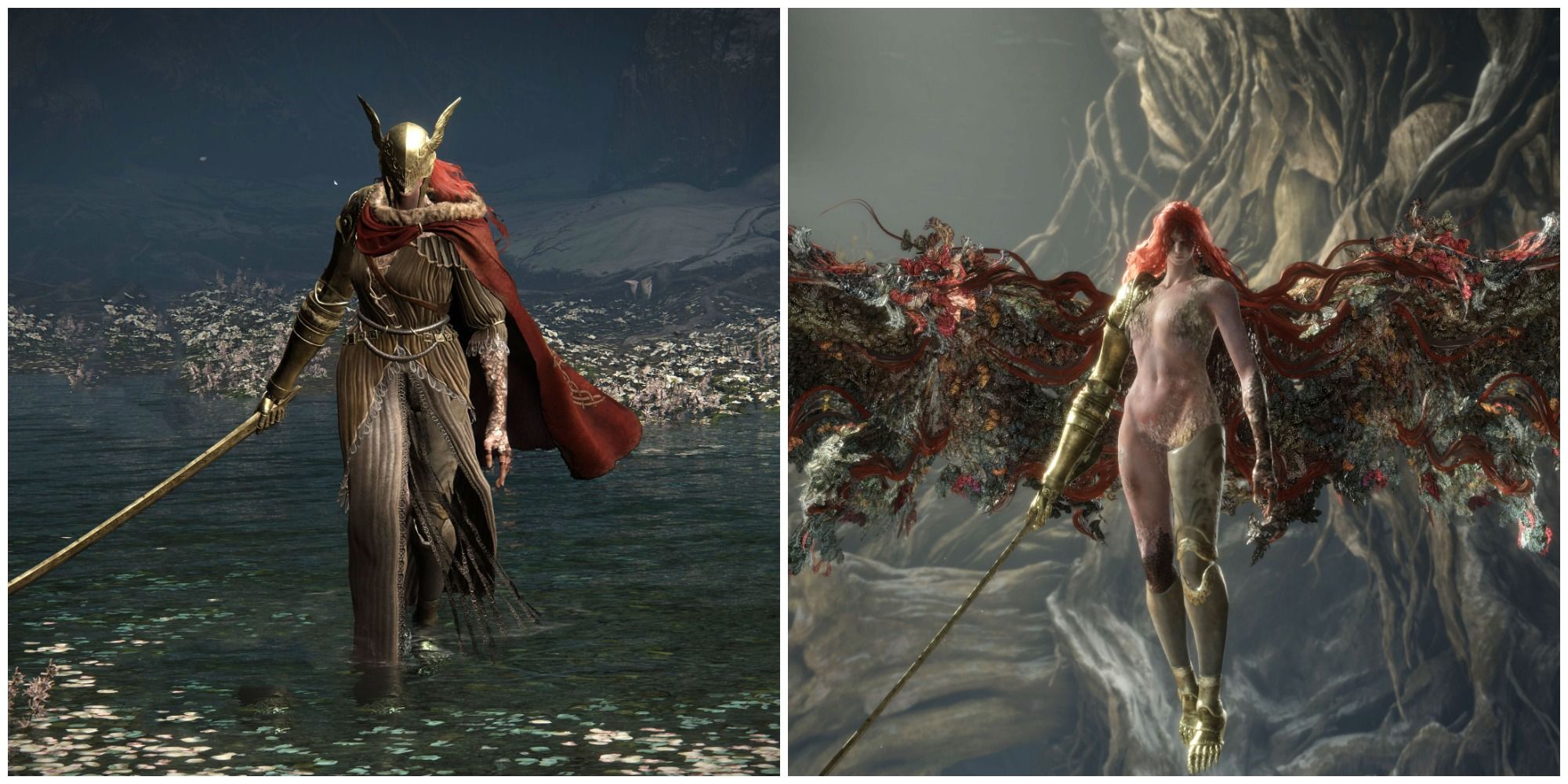 Okay. Malenia can go away. Look here, I know she's on the front cover and everything, but I would be quite happy if I never had to see her again. She moves quickly, slashes even quicker, and every hit she lands heals her. All that progress in the fight so far? Gone. Start over.

Then, when you deplete her health to nothing – phase two, here we go. Now she has wings, lots of big magic, duplicates, and is even faster. I mean, Malenia is so far north she's almost off the actual map, so would I even notice if I didn't happen to go there again? Probably not.