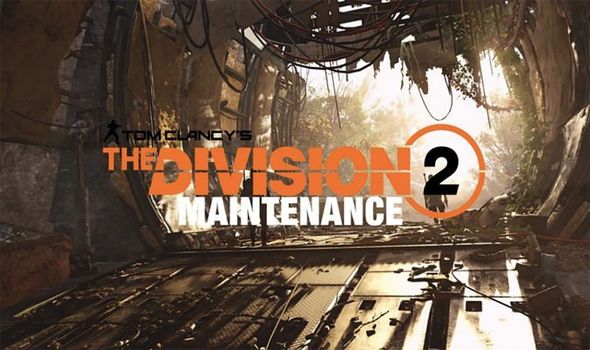 The Division 2 has been taken offline for server maintenance.

The Division 2 downtime started at 8.30am and runs until approximately 11.30am UK time.

However, if it’s anything like previous Division 2 updates, fans can expect the game to come back online even earlier.

The news was announced by Ubisoft on Twitter: “Agents, planned maintenance to deploy Invasion: Battle for D.C. will start in 30 minutes.

“Estimated down time is 3 hours! We will update you when the maintenance has completed!”

The downtime will be accompanied by a new update that weighs in at around 7GB.

The update introduces the Tidal Basin content, which is the first stage in the Battle for D.C.

According to the early patch notes, the Tidal Basin update introduces Heroic difficulty level, which provides more of a challenge.

That’s on top of Weekly Invaded Missions and perhaps most exciting of all, the Tidal Basin faction stronghold.

“Upon logging into D.C., you will be met with a brief radio call informing you of developments nearby that require your attention,” Ubisoft explains. “Completing this new side mission unlocks the Tidal Basin Stronghold.”

Ubisoft reminds fans that the content will only be available with a 425 gear score at World Tier 4.

“After completing Tidal Basin, Coordinator Manny Ortega at the Base of Operations will have intel on surrounding Black Tusk operations in D.C,” Ubisoft continues. “This unlocks Weekly Invaded Missions, available on any difficulty! These missions will reset on a weekly cadence and apply to the previous story missions.

“If you are after the new gear sets, the Black Tusks will have a chance to drop pieces in World Tier 5.”

The Tidal Basins update will be followed by the release of the Operation Dark Hours 8-player raid on April 25.