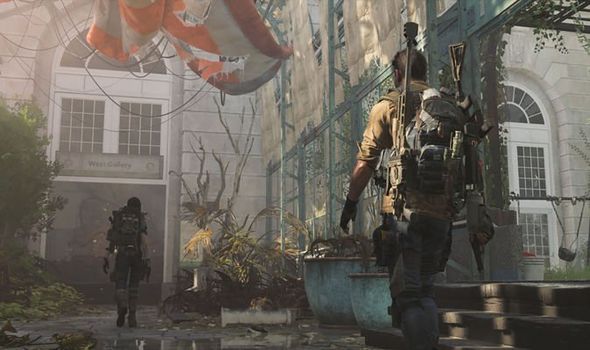 UPDATE: The Division 2 server maintenance has come to an end on PS4 and Xbox One.

Fans will be able to jump back online once the update is downloaded and installed.

“Maintenance has concluded!” Ubisoft confirms. “Servers are back online and the patch has been applied!”

The latest batch of server maintenance coincides with the release of a big new Division 2 update.

The servers were taken offline at 8.30 GMT in the UK, and will return after approximately three hours.

This means that The Division 2 maintenance should end and the game come back online at around 11.30am GMT.

While this may seem like a long time to wait for the servers to come back online, Division 2 server maintenance has been known to finish much sooner.

Ubisoft’s last big update was also scheduled to last for around three hours, but would come back online after just 90 minutes.

If the same thing happens today, then The Division 2 could be back online by 10am UK time.

Express Online will keep fans updated with the latest server downtime news for The Division 2.

According to the patch notes, the new update makes a number of performance-related fixes and improvements.

The most welcome of which is a fix to reduce frame drops during gameplay.

Co-op health scaling has also been addressed, alongside problems with equipping skills and playing in clans.

There are also specific issues with the Xbox One and PC version.

This includes a fix for the HDR slider not working properly on Xbox One, and Logitech headphone issues over on PC.

A problem with daily and weekly missions no resetting for offline players has also been fixed.