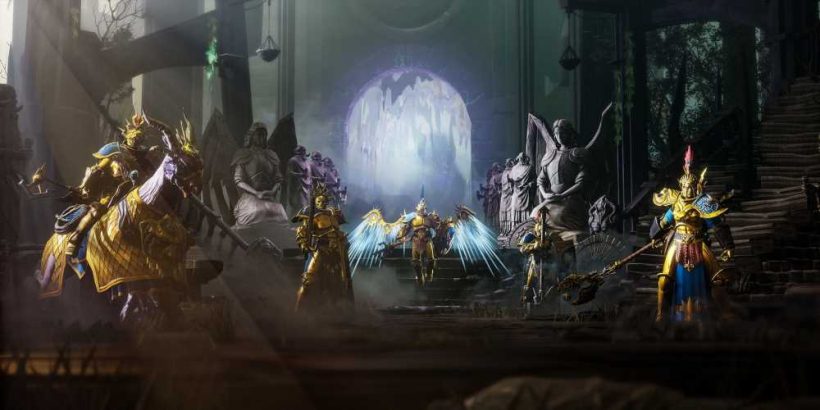 The Old World is probably best known today as the setting for the Total War: Warhammer series. Before that, it was the stage for countless tabletop battles in Warhammer, a miniature wargame produced by Games Workshop. The original game has since been discontinued, replaced by a new setting and system called Warhammer: Age Of Sigmar.

Newcomers to the franchise might feel daunted by the piles of lore shared by the two settings. Let's take a look at how the Old World was transformed into the Mortal Realms, as well as how the two tabletop games differ. 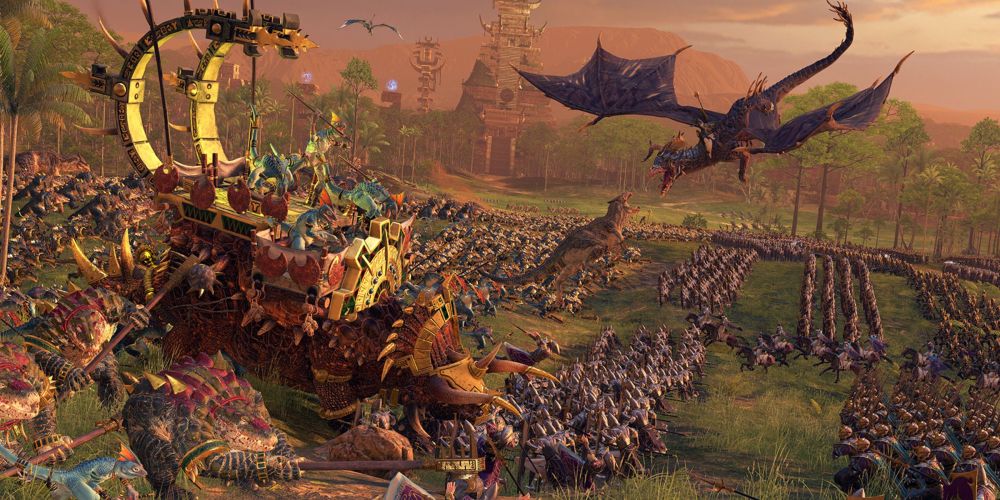 The original setting for Warhammer was the Old World, a dark and dangerous fantasy world modeled after late-medieval Europe. Nations of humans, elves, and dwarves were constantly forced to do battle against the forces of destruction that threatened them. Marauding orcs, terrifying undead, and monstrous rat-people called Skaven would corrupt and destroy everything they touched if allowed to do so. To make matters worse, Chaos – the force that empowered wizards to use their magic – was always seeking to unmake the world as the order and structure of physical reality was anathema to it.

The humanoid kingdoms were never in any position to present a united front against the evil forces arrayed against them – for most of the Old World's history succession conflicts, clan squabbles, and wars of honor meant that they were fighting amongst themselves just as much as they were against their common enemies. The largest and most (comparatively) stable nation was simply known as the Empire. Founded by the legendary hero Sigmar who wielded the game's titular Warhammer, Ghal Maraz, the Empire was a confederation of smaller states united under a ruling Emperor. 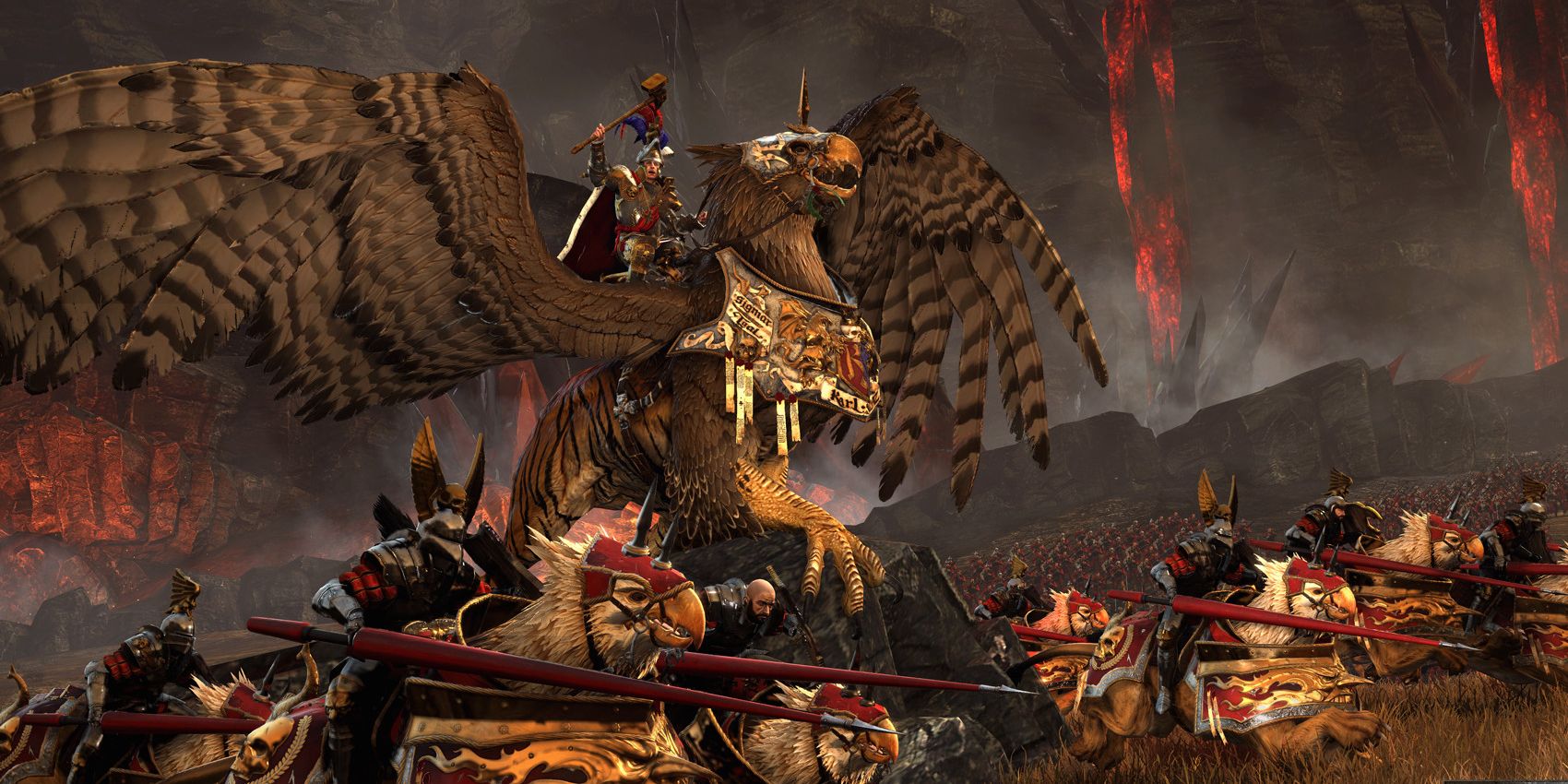 Units in the original Warhammer game were grouped into tightly-packed rank-and-file formations. Maneuver and positioning were key to winning battles, as was having a deep enough formation to continue fighting at full strength as casualties mounted. The game's characters, called Lords and Heroes, could be embedded into units to enhance the unit and to grant the character protection.

Magic was a powerful tool for most armies, but was also inconsistent and dangerous to use. Wizards had their lineup of spells determined randomly at the start of each game, so while players could choose which Lore of Magic their characters had studied there was no guarantee of getting ideal spells. Additionally, casting a spell always carried the risk of a Miscast, which would cause unforeseen effects on the battlefield, up to and including the immediate and unpreventable death of the wizard and any nearby units – friend or foe. 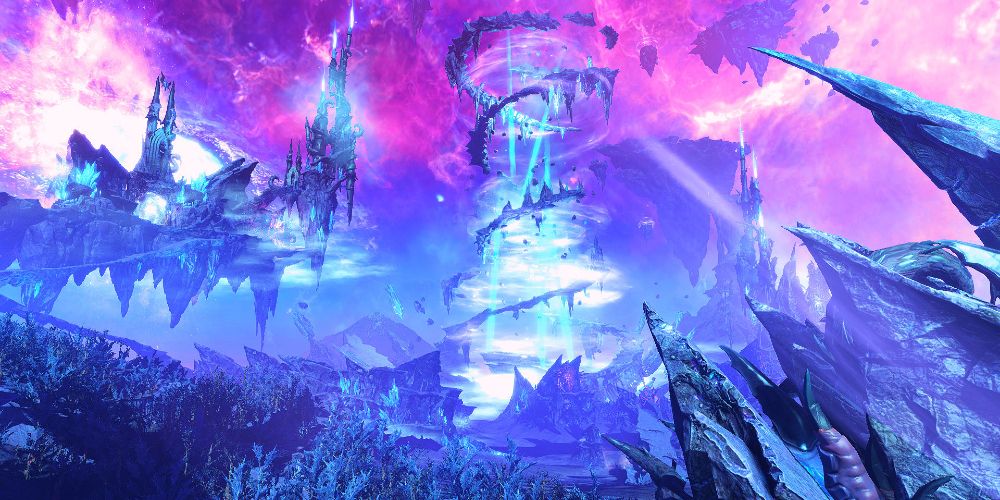 In 2014, Games Workshop introduced a storyline called The End Times which added apocalyptic new options for Warhammer gameplay. Legendary heroes and villains, previously only referenced in the setting's history, returned as powerful, never-before-seen Chaos Daemons and other monsters were introduced to the game.

Longtime series standbys were killed off one after another, the Empire and other kingdoms were destroyed, and the storyline culminated with Chaos devouring the world, returning the universe to a formless, primal state.

The Age Of Sigmar 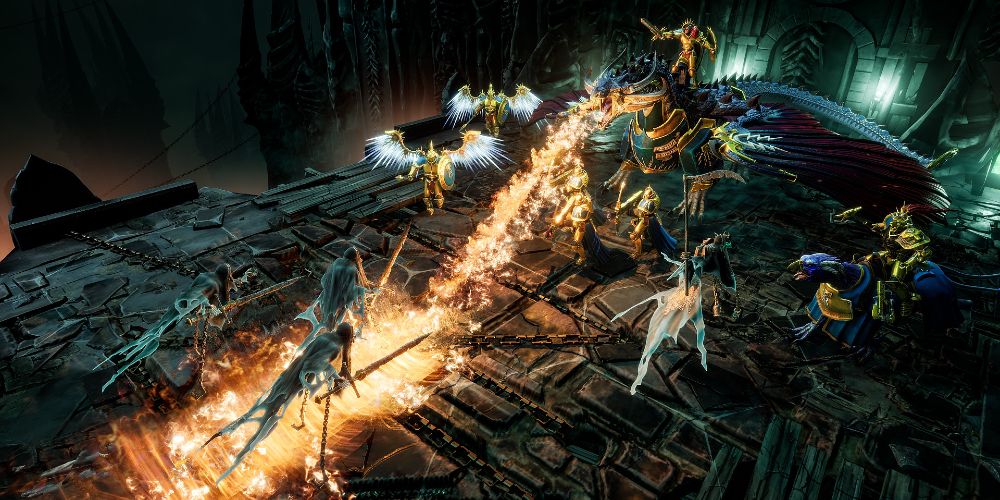 The spirit of Sigmar, elevated to effective godhood by the veneration of the Empire over the millennia, awoke after the destruction of the Old World. Wandering the void, he sought out the other gods and ascended heroes of the destroyed civilizations. Any deity that wanted an ordered world to rule over was welcomed into Sigmar's nascent pantheon – even Nagash, the creator of necromancy and nemesis of the living. Sigmar needed all of their power to restore reality.

By binding the raw power of Chaos to the different Winds of Magic, Sigmar and his allies created the Mortal Realms – microcosmic pockets of reality afloat in the nothingness. This allowed the gods to build worlds to their liking, with subjects ideally suited to worshipping them.

Naturally, the Chaos Gods saw this as an affront to their power and immediately sent hordes of Daemons to destroy the Mortal Realms. In response, Sigmar bound the souls of mighty heroes into golden, armored bodies, creating the Stormcast Eternals – warriors who would hold back the tide of Chaos in every world. The Age of Sigmar setting is one of gods and heroes fighting against a constant threat while struggling with one another for supremacy. 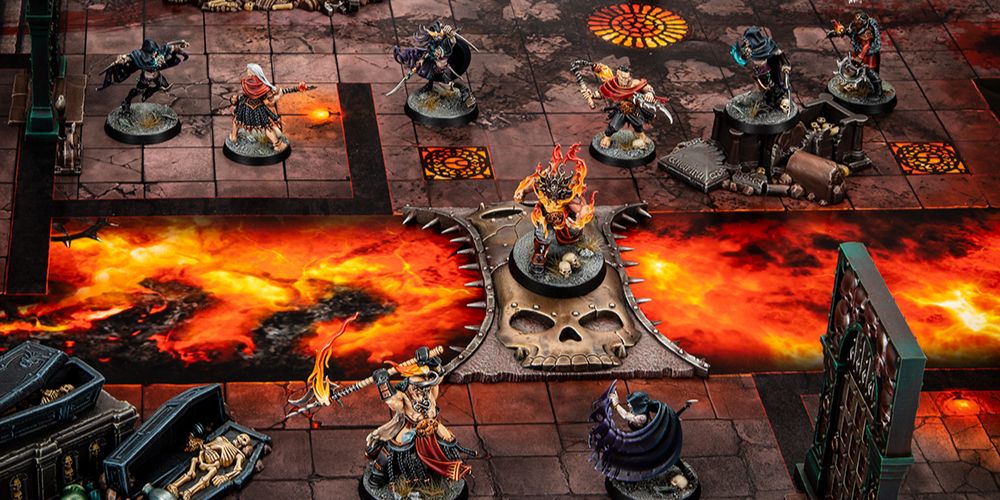 Warhammer: Age Of Sigmar was designed to have gameplay similar to the much-more-popular Warhammer 40,000. It eschews tight rank-and-file for loose tactical squad formations and focuses on winning wars of attrition while achieving strategic objectives. The rules are streamlined for faster play than its predecessor. For example, in the original Warhammer a unit that lost a fight had a chance of breaking and fleeing, retreating until it left the battlefield or was successfully rallied. In Age Of Sigmar, losing a fight simply inflicts additional casualties on a unit as soldiers desert or are overrun.

Spells are still randomized, and the game adds further uncertainty by introducing battlefield effects from the magically-infused worlds on which armies clash. Additionally, Command Traits – a mechanic borrowed from 40k – grant army-wide bonuses that can turn the tide of battle for either player.

Both games and settings have their fans, but it's worth noting that outside of licensed products like Total War, Games Workshop no longer creates or supports content for the original Warhammer Fantasy Battle. If you're looking to explore the setting via the miniatures game, Age Of Sigmar is currently the only option.