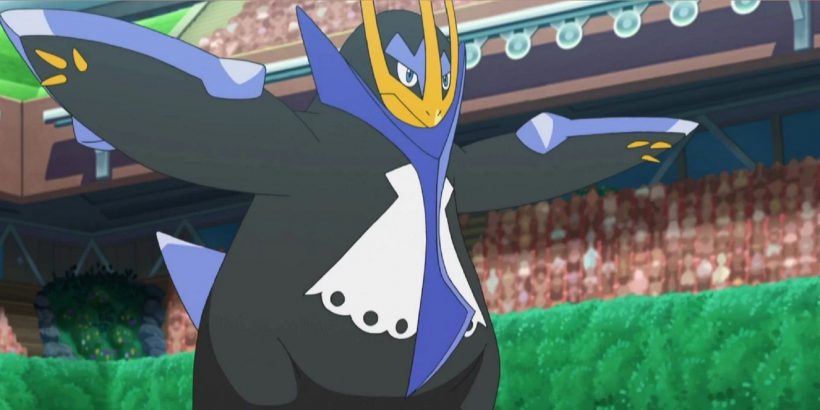 At first glance, Sinnoh might not seem like a great place to find Water-type Pokemon. Covered in rocky crags and rugged hills, this mountainous region is home to plenty of "earthier" critters like Golem, Lucario, Machamp, and more. Put another way, it's almost as if Pokemon Ruby & Sapphire's Hoenn is like a world where Team Aqua won; Diamond & Pearl's Sinnoh, on the other hand, is Team Magma's dream vacation hot spot.

But how much of that is true? Pokemon Brilliant Diamond & Shining Pearl tells a different tale. There are quite a few worthy Water Pokemon in the game, and all of them will vie for a special place on your roster (and in your heart). And thus, you have two choices. You can either create a six-strong team of Water-types and throw caution to the wind… or you can read our list of the best Water-type Pokemon in BDSP to find the perfect bubbly pal for you. 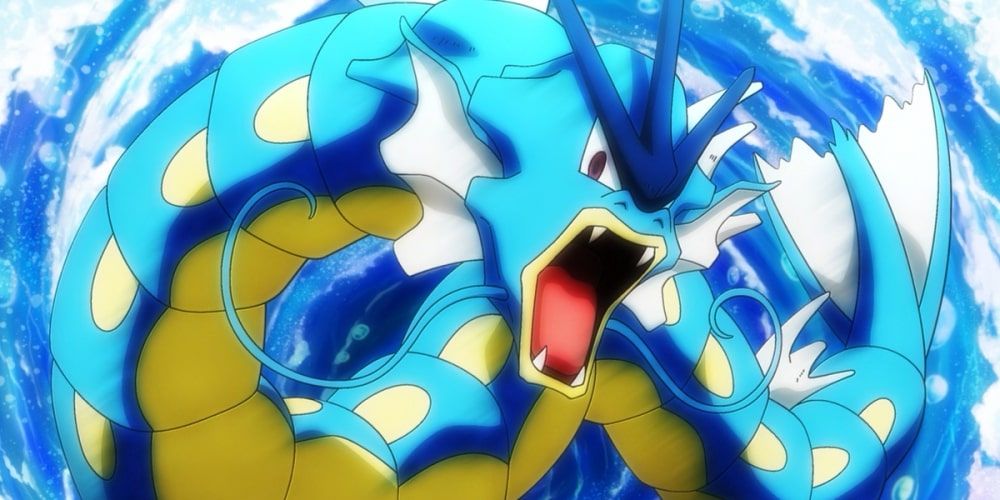 Not only is Gyarados great, but it's also comically easy to catch. Or rather, it's comically easy to catch Magikarp, who, as fans have known for decades, is a useless little fish until it evolves into this monster. The Pokedex refers to Gyarados as the "Atrocious Pokemon," a descriptor that could have been used for its predecessor instead. But while Magikarp would have proudly touted the term out of pure statistical awfulness, Gyarados rocks it by being an audacious and carnivorous sea fiend.

Gyarados' best stat is its Attack, so if you choose this dragon-like non-dragon for your team, make sure to give it a physical-based move such as Waterfall instead of something special-based like Surf.

If you need Dark-type coverage, give it Crunch as well. It can even learn Power Whip, a Grass-type move with an exceptional base power of 120. Gyarados' versatility can cover plenty of gaps. Just take care to get the poor tyrant out of harm's way if anything comes at you with an Electric-type move, because nothing says fried fish like Thunderbolt. 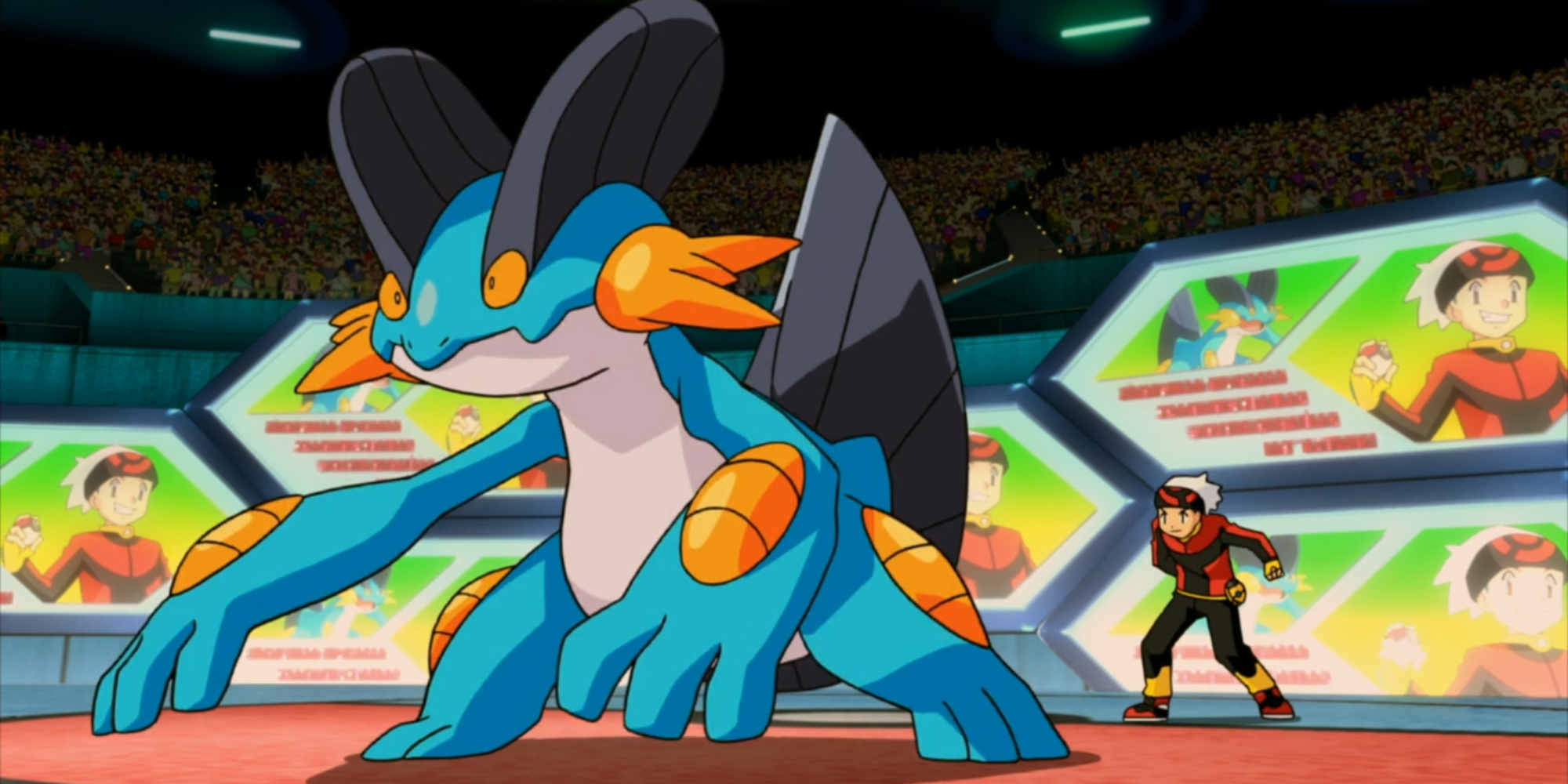 A fair number of Water Pokemon in Brilliant Diamond & Shining Pearl are available for use during the player's initial journey across Sinnoh. Most (though not all) of them are understandably classified as part of the "Sinnoh Dex." On the other hand, most (though again, not all) post-game critters are classified as "National Dex" members instead.

Sadly, Swampert belongs to the latter bunch. Mudkip, the loveable Hoenn starter, can't be found in the Grand Underground until after you've squared off and won against the Elite Four. It makes sense, considering the game would rather you use Sinnoh's own Water starter throughout the adventure. But on the flip side, it sure would be nice to have a mixed sweeper like Swampert along for the ride.

Both Attack and Special Attack are aces up Swampert's… well, not Swampert's sleeve, since Swampert does not wear clothing. Whatever those little orange things are above its hands — yeah, aces up those instead. Hook this mudfish up with moves like Earthquake and Waterfall or scary surprises like Stealth Rock and Superpower. Just keep Swampert far away from Grass-types! 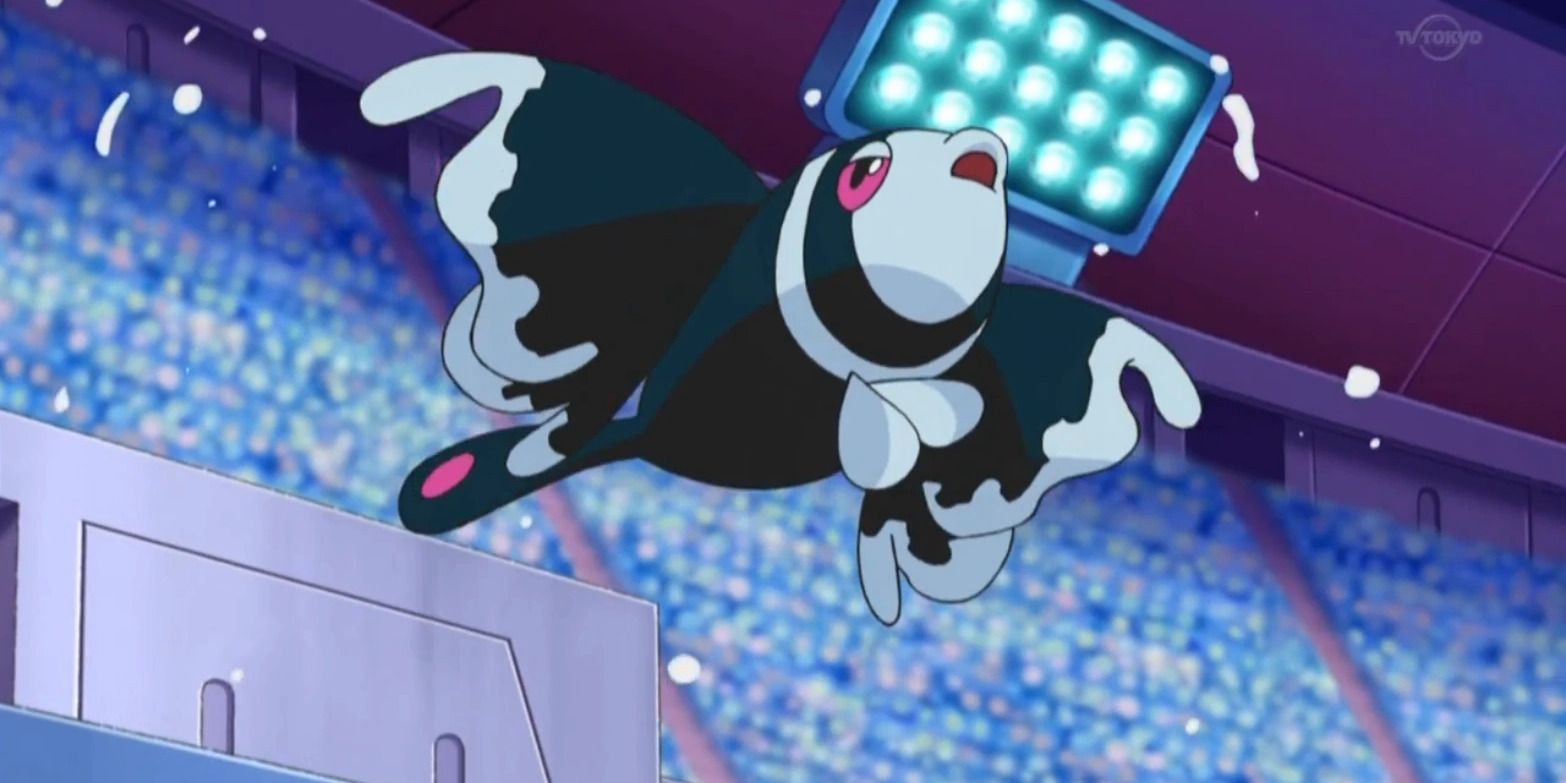 OK, we'll admit it. Lumineon isn't the most powerful Pokemon around. Nor the swiftest. Nor the most defensive. In fact, Lumineon's placement in the competitive metagame is so low that Smogon's take on the poor thing is that it has very little business being used in the "Untiered" tier. To be clear, the "Untiered" tear is where everything goes when it can't make the cut literally anyplace else.

But you know what? Sometimes, we just want to have fun. And what's more fun than a neon-colored fish? We dare you to name one thing more fun than that. It's never even done anything noteworthy in the anime, which is kind of impressive in its own right considering that as of this writing there are close to 1,200 episodes of the show. For all we know, you'll find this article handy years and years from now, and that number is just going to keep climbing.

This is a fish that gives no fins about worldly notions of success. Just give it Toxic and Scald. And then U-Turn. So that it can swim far, far away from whatever your opponent has planned. 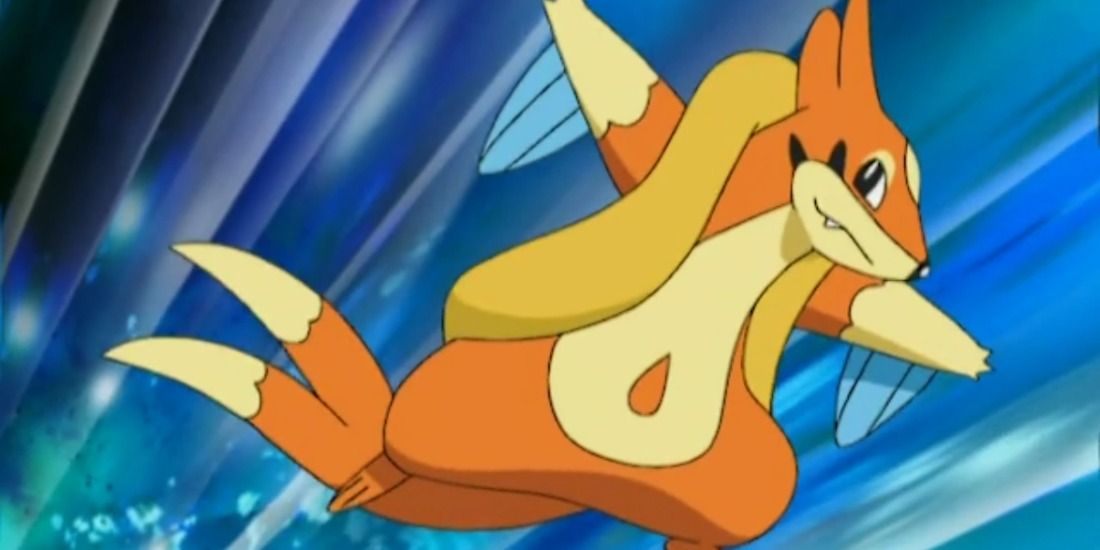 According to Bulbapedia, "Floatzel is an orange Pokemon resembling an anthropomorphic otter or weasel with longer arms than legs." According to us, Floatzel is the physical embodiment of coolness. It never takes off its flotation device. Possibly because it's part of its body. The key takeaway is that it is always prepared to float. Did your cruise ship crash? Hold your dear Floatzel, friends, and this too shall pass.

Floatzel has a high Speed stat followed shortly by Attack. Even so, its Special Attack is quite solid. Don't be shy about handing it classics like Hydro Pump and Focus Blast. Look for one with a speed-boosting nature such as Timid. 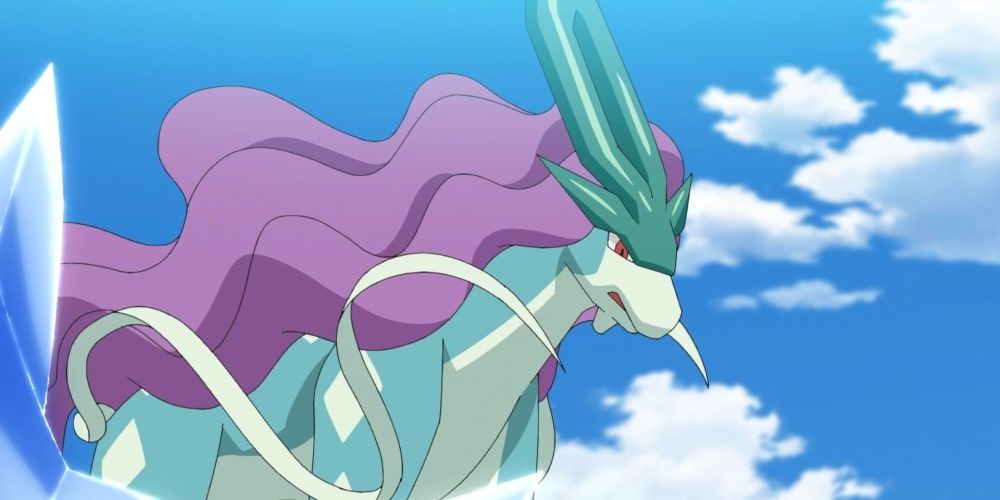 After you have unlocked Ramanas Park in the post-game, a variety of legendary Pokemon can be obtained. Some of these are exclusive to one version of Pokemon BDSP or another. Shining Pearl players get Kanto's legendary birds — Articuno, Zapdos, and Moltres. And while Articuno is by no means a bad bird to have handy, owners of Brilliant Diamond get Johto's legendary dogs. Which means they get Suicune. Which is something worth celebrating.

Suicune's high Defense and Special Defense, as well as a not-inconsiderable amount of HP, gives it a bulkier presence than one might expect from such a graceful-looking creature. But don't believe for a second it can't bring the pain when necessary. With Scald as its primary form of offense and Calm Mind to boost it, Suicune can be a major threat whilst surviving quite a few moves it's weak against courtesy of its sheer fortitude. 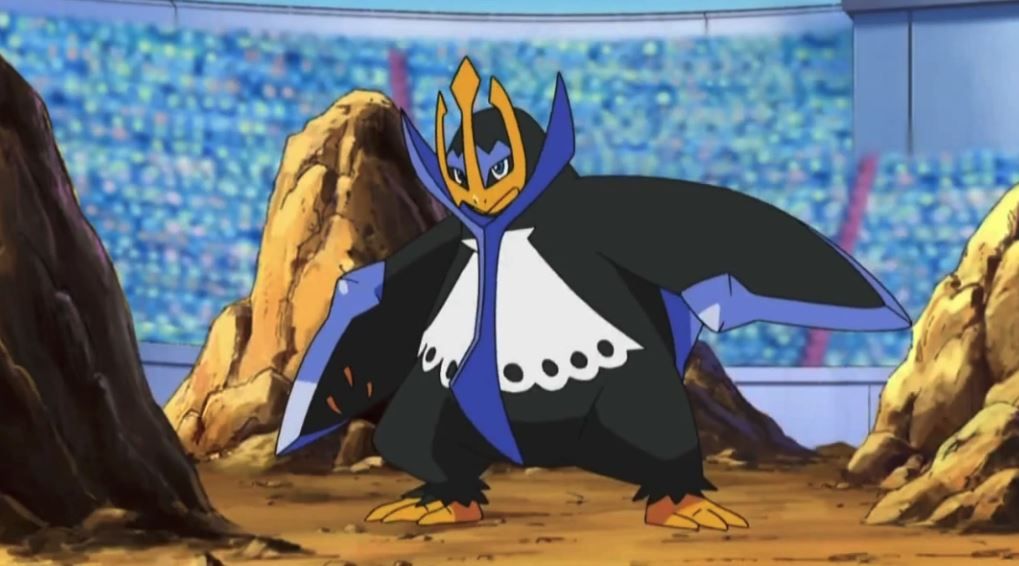 Empoleon might just be the very best Water-type Pokemon in Sinnoh, which is awfully convenient considering Piplup is one of your picks for partner at the beginning of BDSP. There are plenty of reasons to choose Turtwig or Chimchar instead; that's why this is always one of the toughest decisions in Pokemon, of course. But if your heart is set on making waves at your earliest opportunity, Empoleon is where it's at.

We should note, however, that if you raise an Empoleon there's a good chance it will be the slowest member of your team. With a base speed of 60, this emperor penguin clearly prefers to lounge on its throne whenever possible. Still, when your Special Attack and Special Defense are this good, it's totally worth the trade-off.

Empoleon excels at doing precisely what it looks like it should do. Namely, moves like Surf and Flash Cannon are its bread and butter. You can swap Surf for the immensely powerful Hydro Cannon but be advised that Empoleon will need to spend every other turn recharging. Blizzard is great for wiping out plenty of pesky Grass-types, Flying-types, and Dragon-types. Just remember, this penguin's somewhat rare typing gives it a weakness to Fighting and Ground that you might not be accustomed to considering.