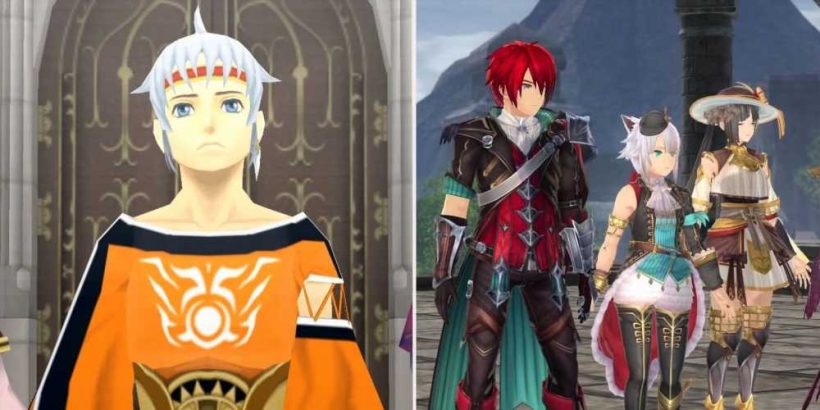 JRPGs have grown in popularity in recent years, which has led to retro RPG prices going through the roof and high demand for remasters and remakes of older games. It has also emboldened many developers to market Japanese-style RPGs to a wider global audience, which has led to a resurgence of long-running franchises like Shin Megami Tensei (with SMTV), Ys, and Dragon Quest.

While many JRPGs shine in the spotlight and sell well, their sequels do not always receive the praise they deserve. Sometimes this is due to a game getting a very late localization or being released late in a console's lifespan. At other times, the sequel might veer too far from what made the previous game(s) so popular. It's not always easy to understand why a well-made sequel is less celebrated than it should be, and there are many amazing underrated JRPG sequels that deserve more love.

To many, Tactics Ogre Let Us Cling Together remains the gold standard for strategy RPGs. Its successor, Knight of Lodis, does everything just as well with the only major drawback being that it remains exclusive to the Gameboy Advance where it was overshadowed by other strategy RPGs on the console like Fire Emblem, Final Fantasy Tactics Advance, and Advance Wars.

What Tactics Ogre offers is a huge world with tens of classes to choose from and a mature story with multiple endings and choices that affect the story. It isn't the most accessible game, but for people who love strategy RPGs, it doesn't get much better than this. 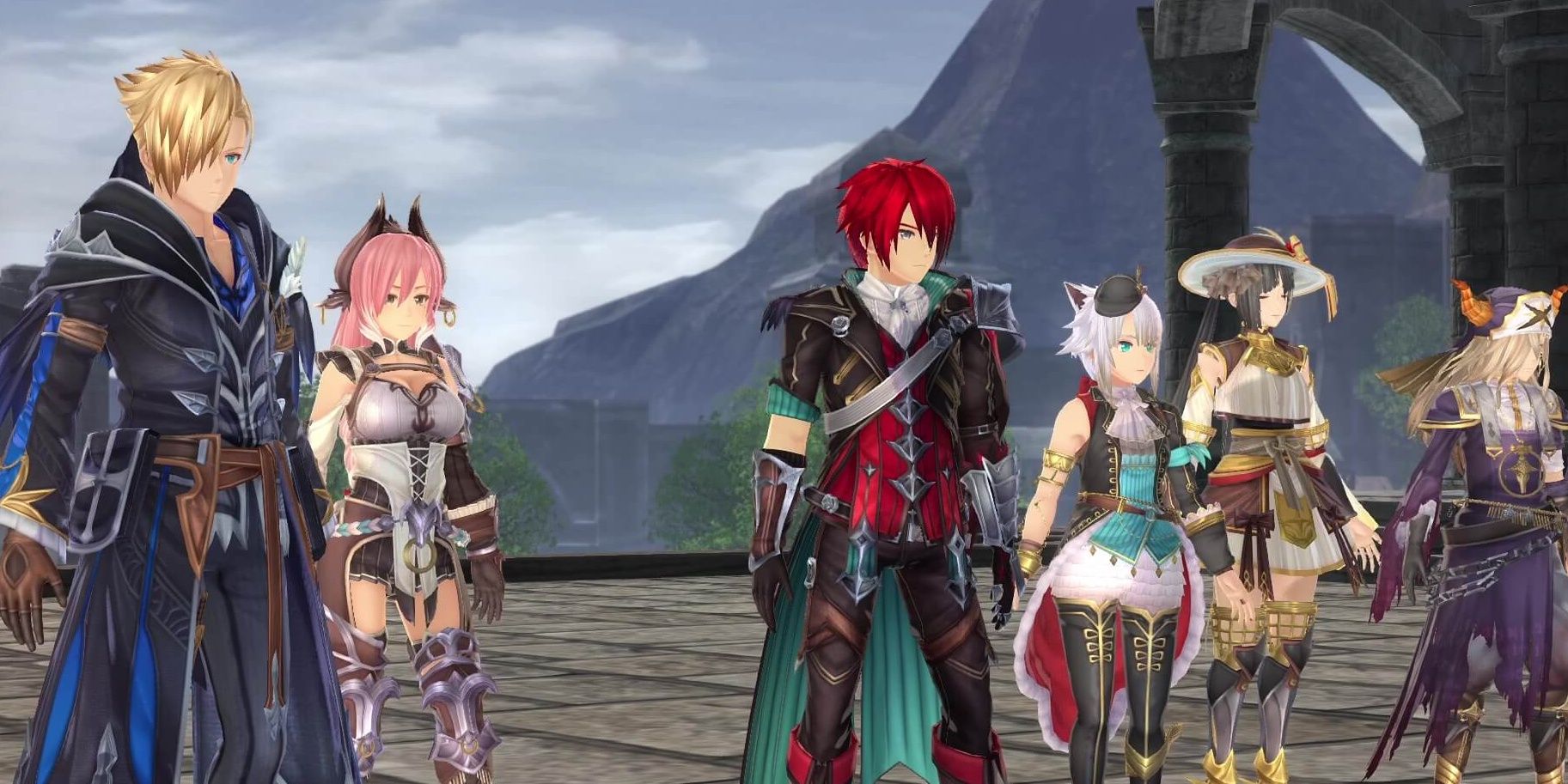 Ys 8: Lacrimosa of Dana brought the Ys series into the spotlight for the first time in decades. It was renowned for its varied gameplay and surprisingly deep narrative. However, Ys 9: Monstrum Nox generated a lot less excitement.

As dreary as the main hub can be, you eventually get to leave and explore more of the world. Ys 9 boasts some of the coolest exploration mechanics in the series, giving you the ability to speed run up walls and reach roofs and other high areas. The combat is also another bright spot: It feels cleaner and more fleshed out than in prior games. History might eventually relegate Ys 9 an overlooked classic. 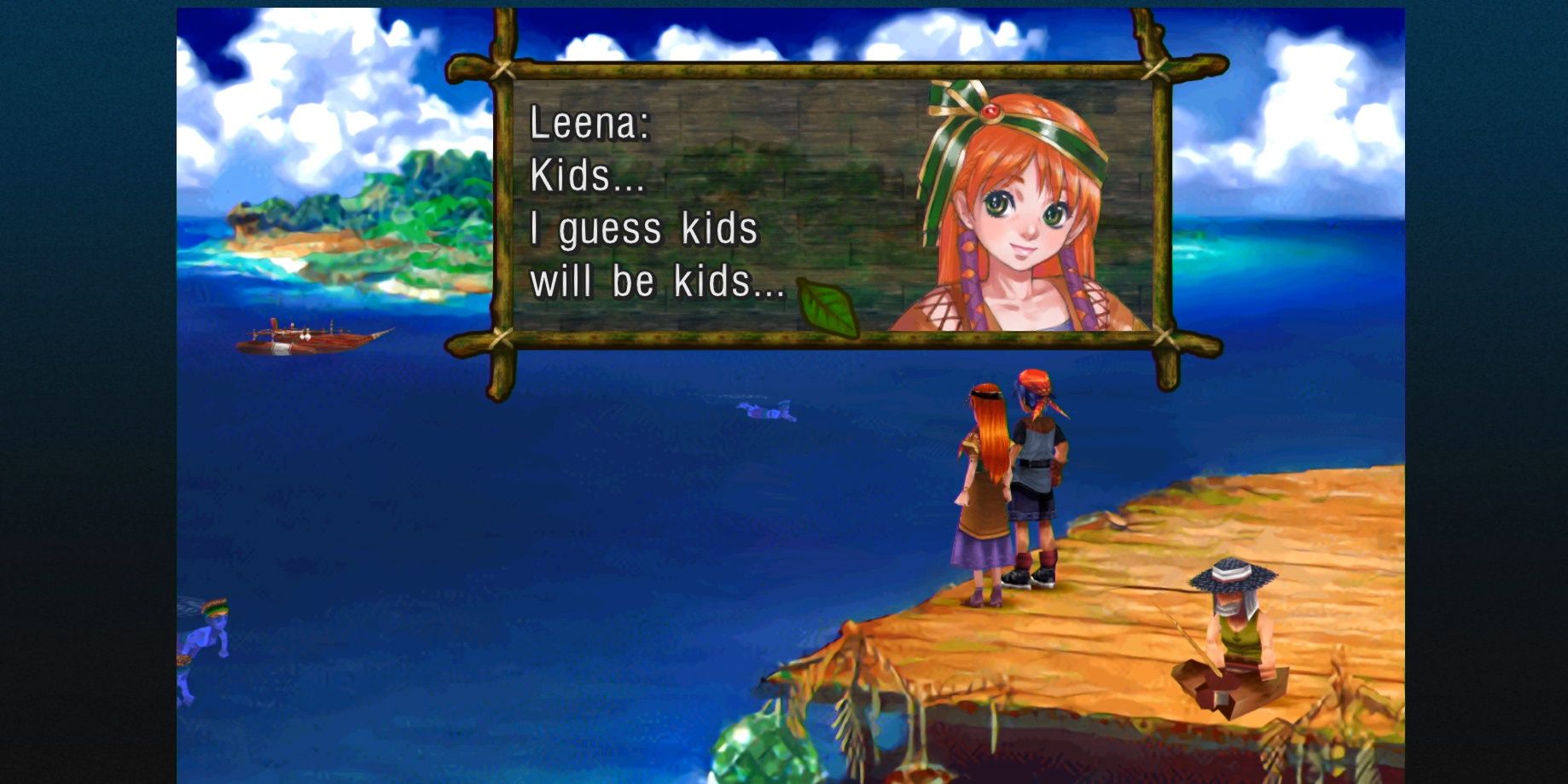 Chrono Cross is a popular game, but it is often criticized for not being more like Chrono Trigger. It shares the same gorgeous art design and music, but the gameplay and time travel elements are radically different. You only travel between two epochs with minor variations between them and you get a giant roster of characters with little character development.

The best way to experience Chrono Cross is to treat it as its own game. The world is fun to explore, and Serge, Kid, and Lynx's intertwined tale is an interesting journey, even if a little convoluted. The one area where Chrono Cross might truly exceed Chrono Trigger is with the battle system, which requires you to juggle a certain number of actions per turn. Sure, Chrono Cross is flawed, but it's still an amazing game with its own charms. 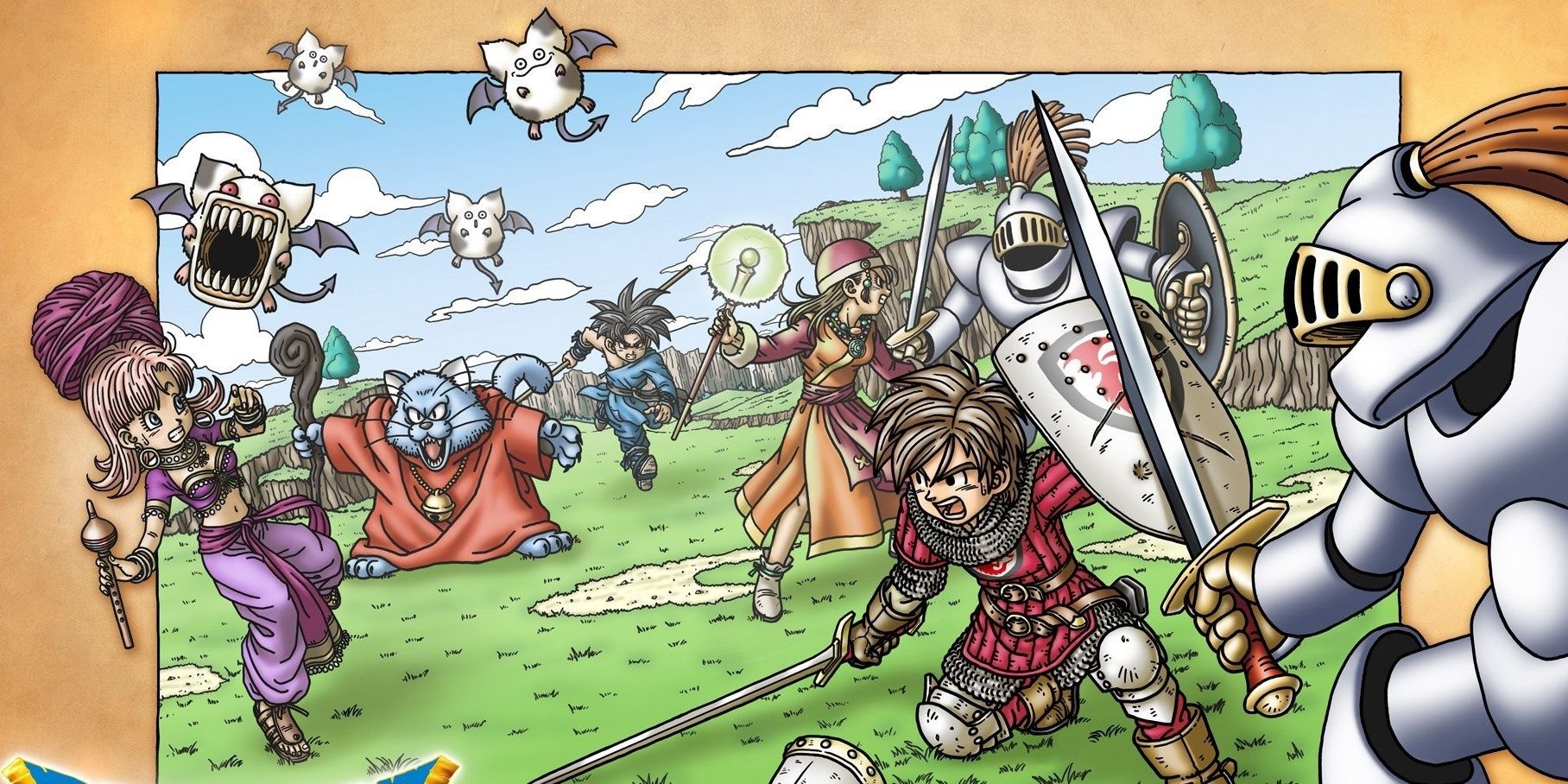 Following up Dragon Quest 8 would be almost impossible for even the best RPGs, so it was even stranger when Square Enix decided to make Dragon Quest 9 exclusive to the Nintendo DS. Furthermore, they went back to the Dragon Quest 3 system of customizable characters with no personalities. The changes resulted in a lot of people skipping Dragon Quest 9.

However, this is arguably one of the best games in the franchise. Despite having no real character development, the lore of the game was incredible, and the vignette-style of storytelling ushered in nostalgia from past games. It also boasted a large class system and over 100 hours of content for those who wanted it. Due to the emphasis on online play, Dragon Quest 9 will need a remake for people to fully experience it again.

The Vandal Hearts games have always flown under the radar, but a lot of hardcore fans hailed the original game as a simple yet masterful strategy RPG game that was easy to pick up and play. Vandal Hearts 2 is anything but. Other than the blood-gushing attacks and wood-wind heavy soundtrack, this game was a radical departure from its predecessor.

Vandal Hearts 2 is a long, sprawling adventure with a story that would make George R.R Martin blush. The combat featured an active time battle mechanic where one foe and one ally moved at the same time. It ups the strategy and forces players to consider their turn order very carefully. Combine the deep story and battle mechanics with a giant world and optional battles, and you end up with the best strategy RPG virtually nobody played. 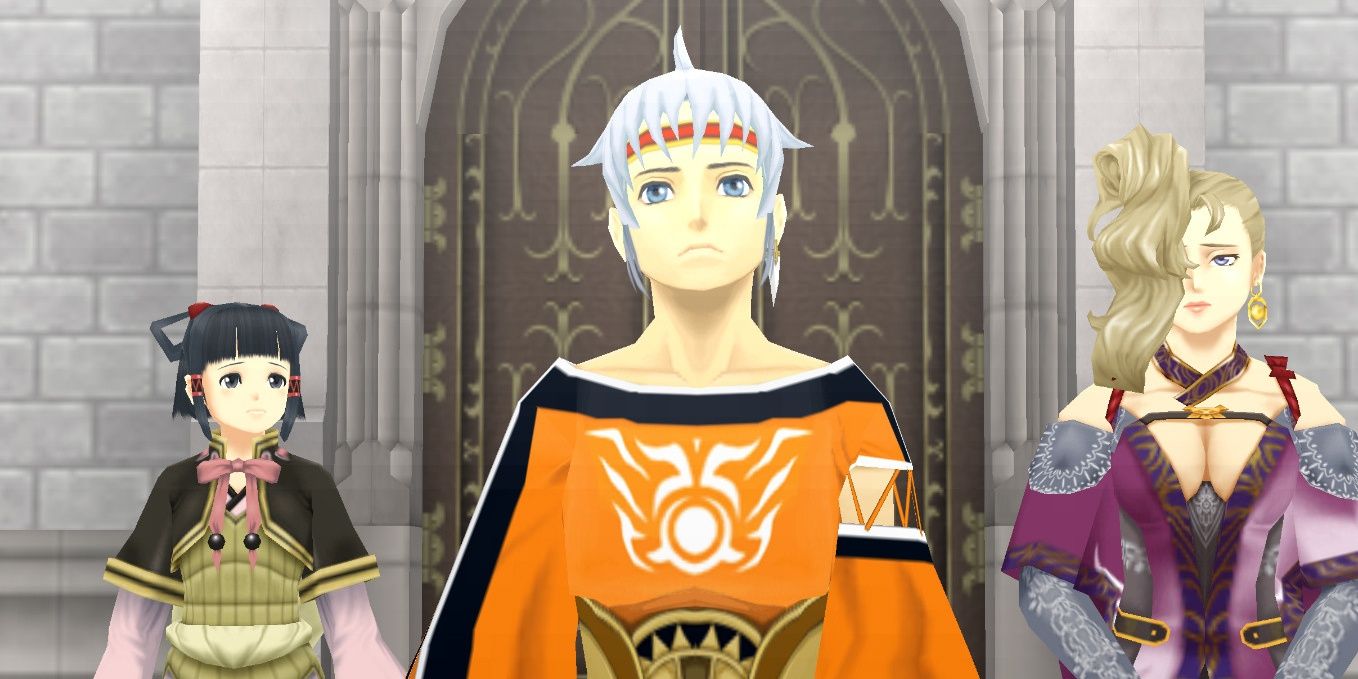 Suikoden 5 was released very late in the PS2's lifespan, and the graphics looked dated. Fortunately, it took inspiration from the earlier games, rather than its ill-fated predecessor, and returned mostly to form.

Suikoden 5 has an amazing cast of characters with many returning characters from Suikoden 2 like Georg Prime, Lorelai, and Killey. The combat is classic Suikoden, and it arguably boasts the deepest plot of any game in the franchise. Fans wanting something more akin to the first two games got it with Suikoden 5. It is just a shame so many people had written off this sequel before giving it a try. 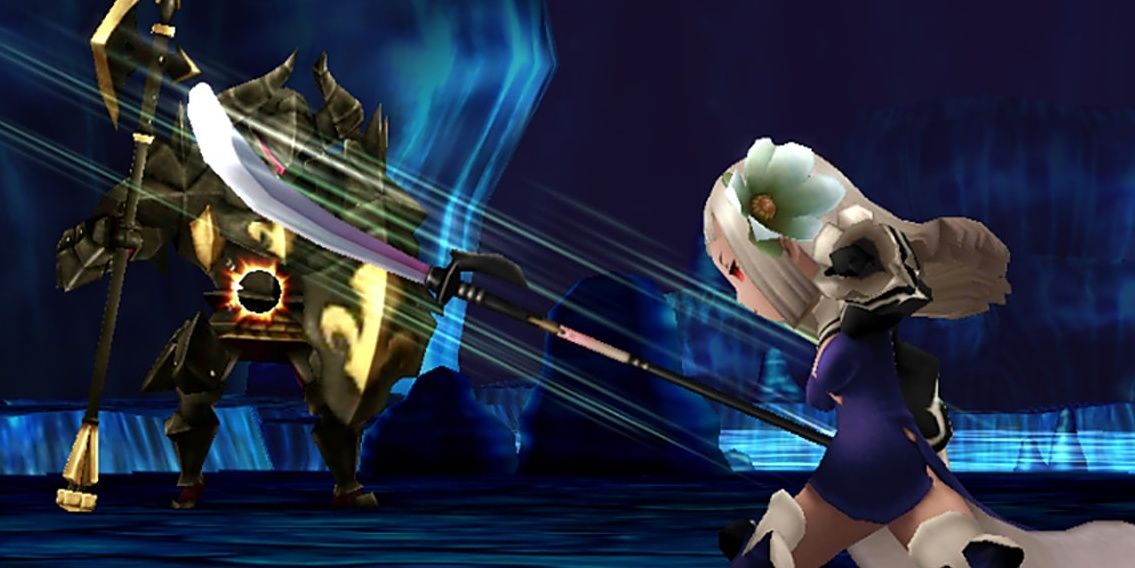 This might seem like an odd choice since this game received good ratings. However, the original Bravely Default received far more attention despite being an inferior game (except for the soundtrack). It is also stuck on the 3DS while Bravely Default 2 got a release on the Nintendo Switch, leaving Bravely Second more obscured — but not necessarily worse.

Many fans find Bravely Second to be the best in the series. It featured a great cast of characters who felt genuine and the options to speed up time and turn off encounters meant it could be tailored to fit anyone's play style. Finally, it wisely passed on the uneven pacing that bogged down the second half of Bravely Default. 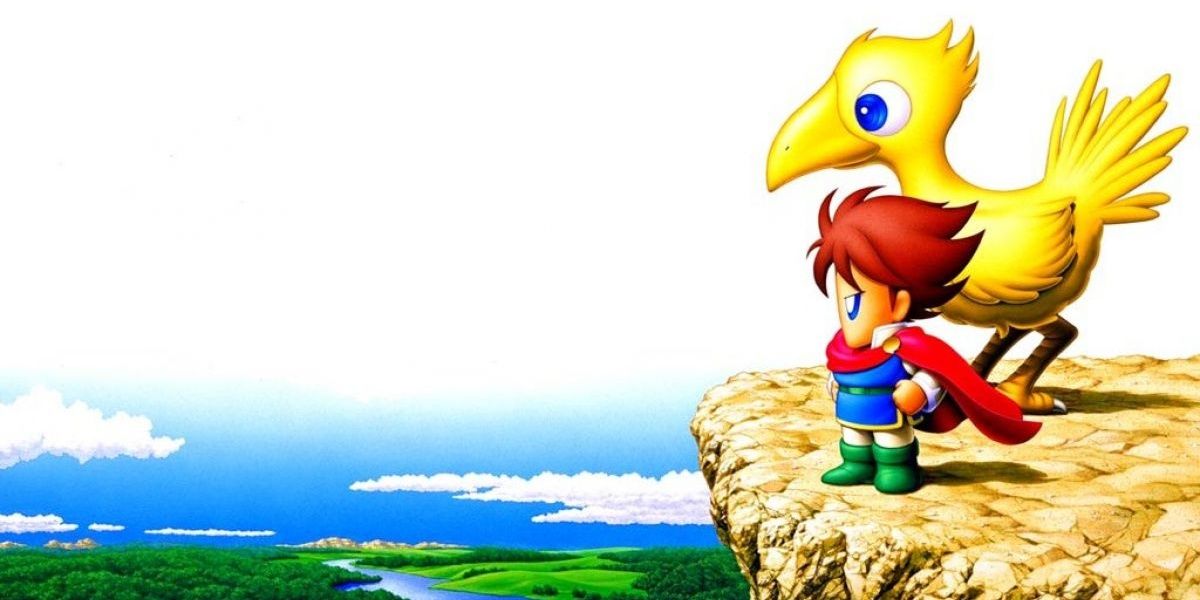 The Final Fantasy series is full of juggernauts, and Final Fantasy 5 deserves to stand with the best of them. It came out after Final Fantasy 4, which featured a much darker, more mature narrative. However, there are moments of the more whimsical story that still hit hard, and each of the five main characters has their own unique struggle to overcome.

What makes Final Fantasy 5 stand out is its class system, which remains impressive even after 25 years. There are tens of classes, and you can combine skills from different classes. Final Fantasy 5 features the same great aesthetics and music fans of the series are accustomed to, and it is a meaty adventure that should garner more respect than it does. 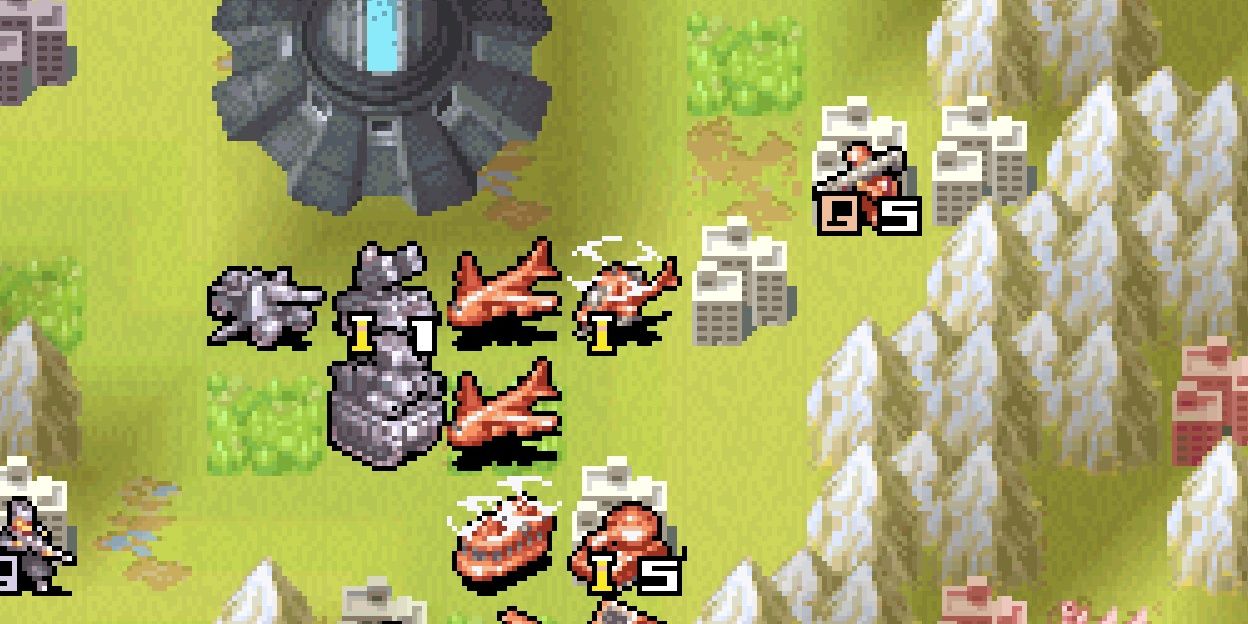 Advance Wars Days of Ruin should have been a more beloved entry in the series. Bad marketing and a strange decision to not release it in its home country of Japan for many years ensured that it wouldn't achieve the same level of success as its predecessors, despite being a potentially better game.

Advance Wars Days of Ruin took a risk and got rid of the old cast. Instead, players get an entirely new cast of COs and a much deeper plot. The CO abilities have been weakened so that you can focus on strategy over just using overpowered CO commands. Many consider Days of Ruin to be rebalanced and better than Advance Wars Dual Strike, but just as many people have never even touched it.

Shining Force 1 and 2 were huge RPGs for the Sega Genesis, so it makes sense that fans were eager to get Shining Force 3. Sadly, Shining Force 3 was released in 1998 as the Sega Saturn was on life support. Adding insult to injury, two of the three scenarios never even made it to the West outside of fan translations.

While it is praised, only a niche audience has ever experienced Shining Force 3, and it is now rare and expensive. Those who got to play it experienced one of the very best classic strategy RPGs. It had the classic Shining Force artwork and addicting combat, but this time, the battles were more varied. Some had environmental hazards and certain conditions you had to meet to win, making the game feel more alive.