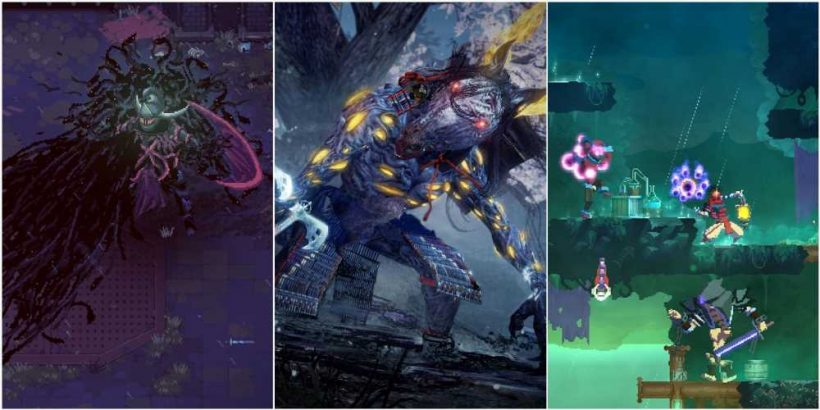 Salt and Sacrifice, the sequel to 2016's hit game Salt and Sanctuary, is another Metroidvania that takes heavy cues from Dark Souls and Monster Hunter. In the game, your goal is to hunt down mages.

To do so, you'll travel a grim world and tackle all sorts of enemies while collecting new gear and upgrading your character, who comes complete with a customizable appearance and backstory. Those who've been enamored with the game may be interested to play more like it. Luckily, Salt and Sacrifice isn't the only game of its kind, and there are plenty more to sink your teeth into once you roll the credits.

10 Blasphemous Is A Horrifying Pixelated Adventure 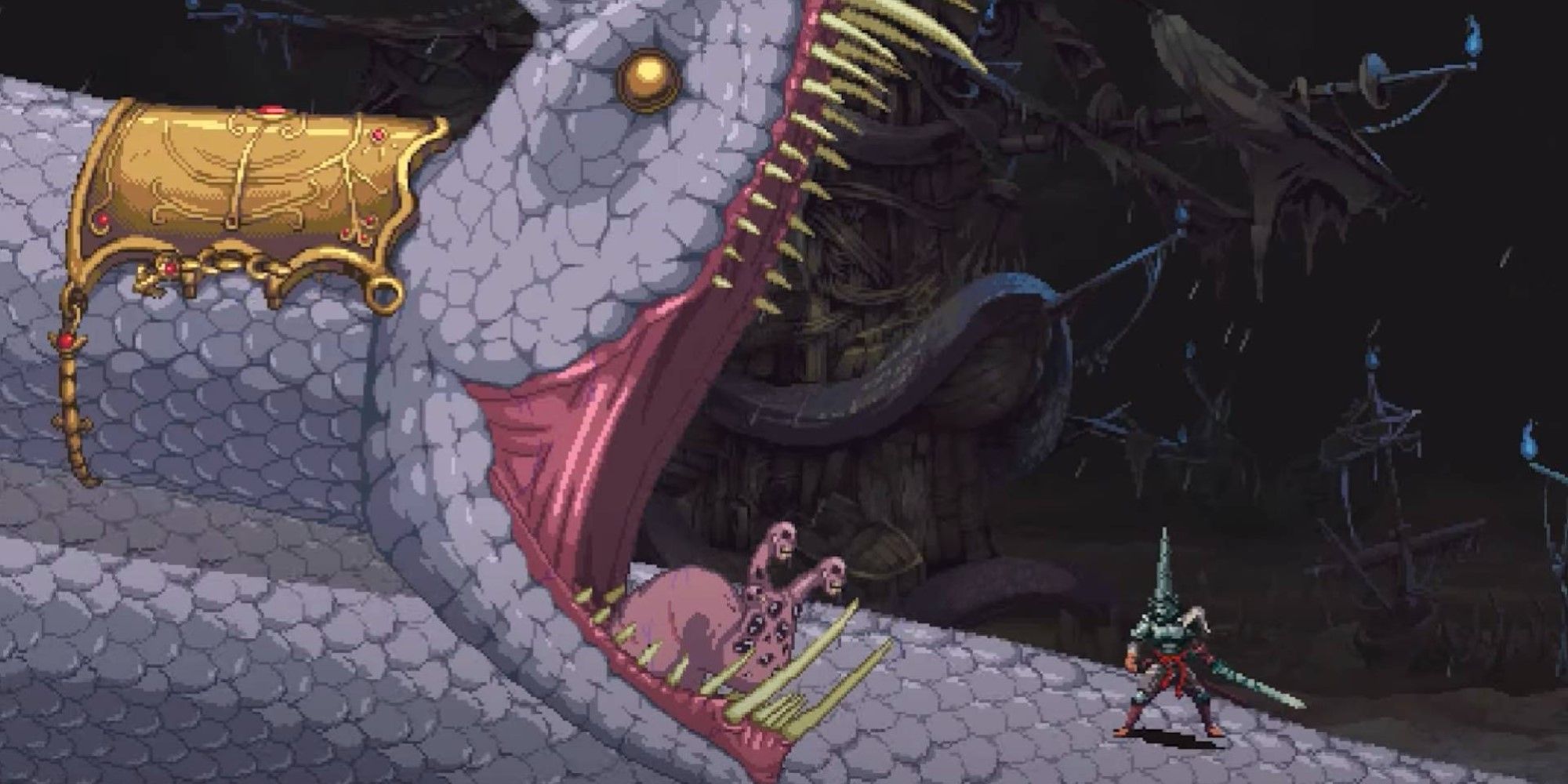 Many games use pixel art for their visuals, but none do it quite like Blasphemous. This game isn't afraid to get weird and make you uncomfortable. You'll face all sorts of enemies straight from your nightmares as you explore a European village.

9 Metroid Dread Will Remind You Why Nintendo Invented the Genre 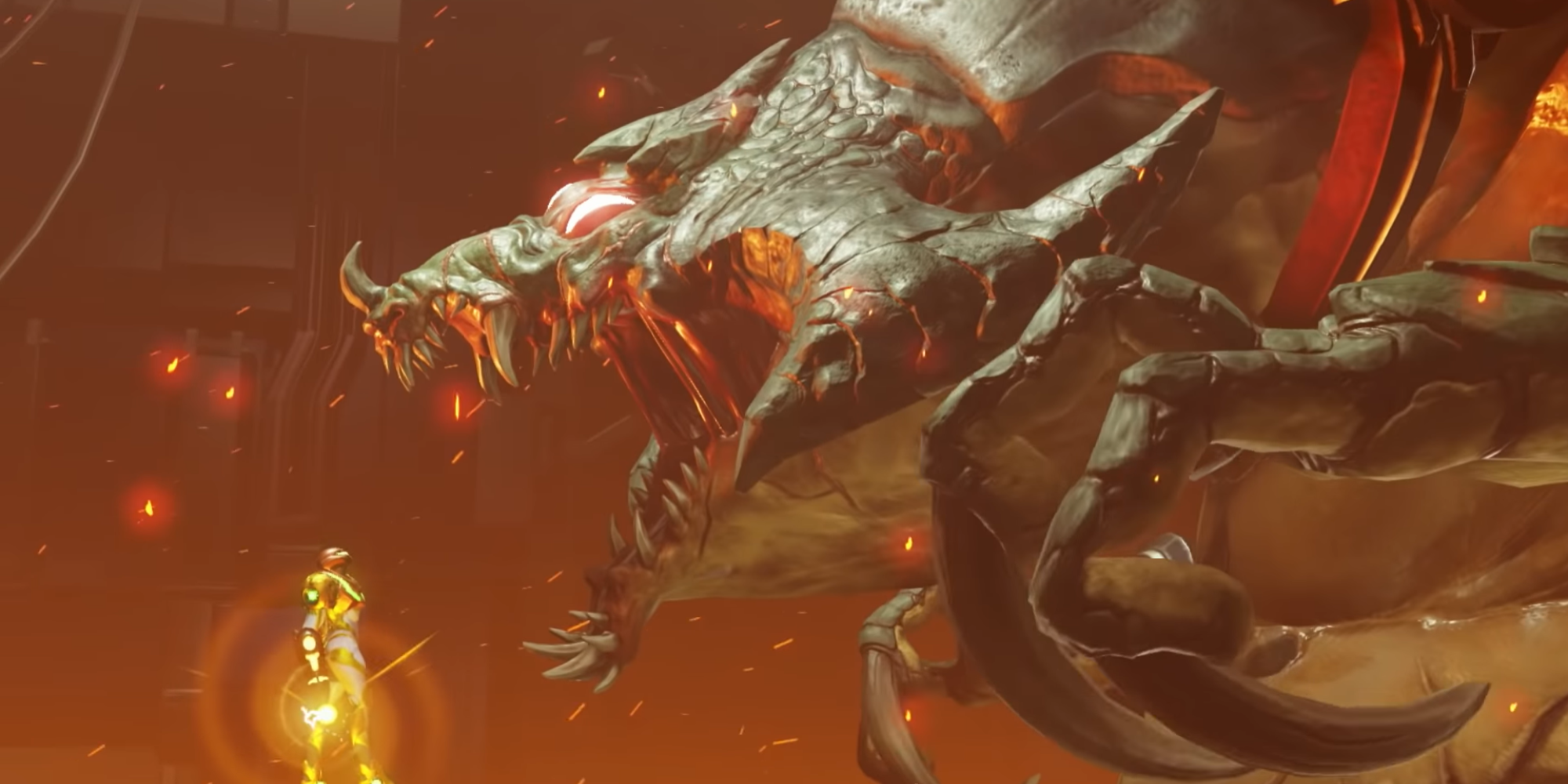 Prior to Metroid Dread, the last new 2D adventure from Samus was Metroid Fusion on the GameBoy Advance. There was a lot of pressure on developer MercurySteam to deliver a satisfying and engaging experience. Thankfully, they knocked it out of the park with Metroid Dread.

Samus controls extremely well, making great use of motion and abilities to traverse a mysterious new planet. The game also has its fair share of difficult boss fights, so don't expect an easy time just because it's a Nintendo game.

8 Nioh 2 Will Keep You Busy For Hundreds Of Hours 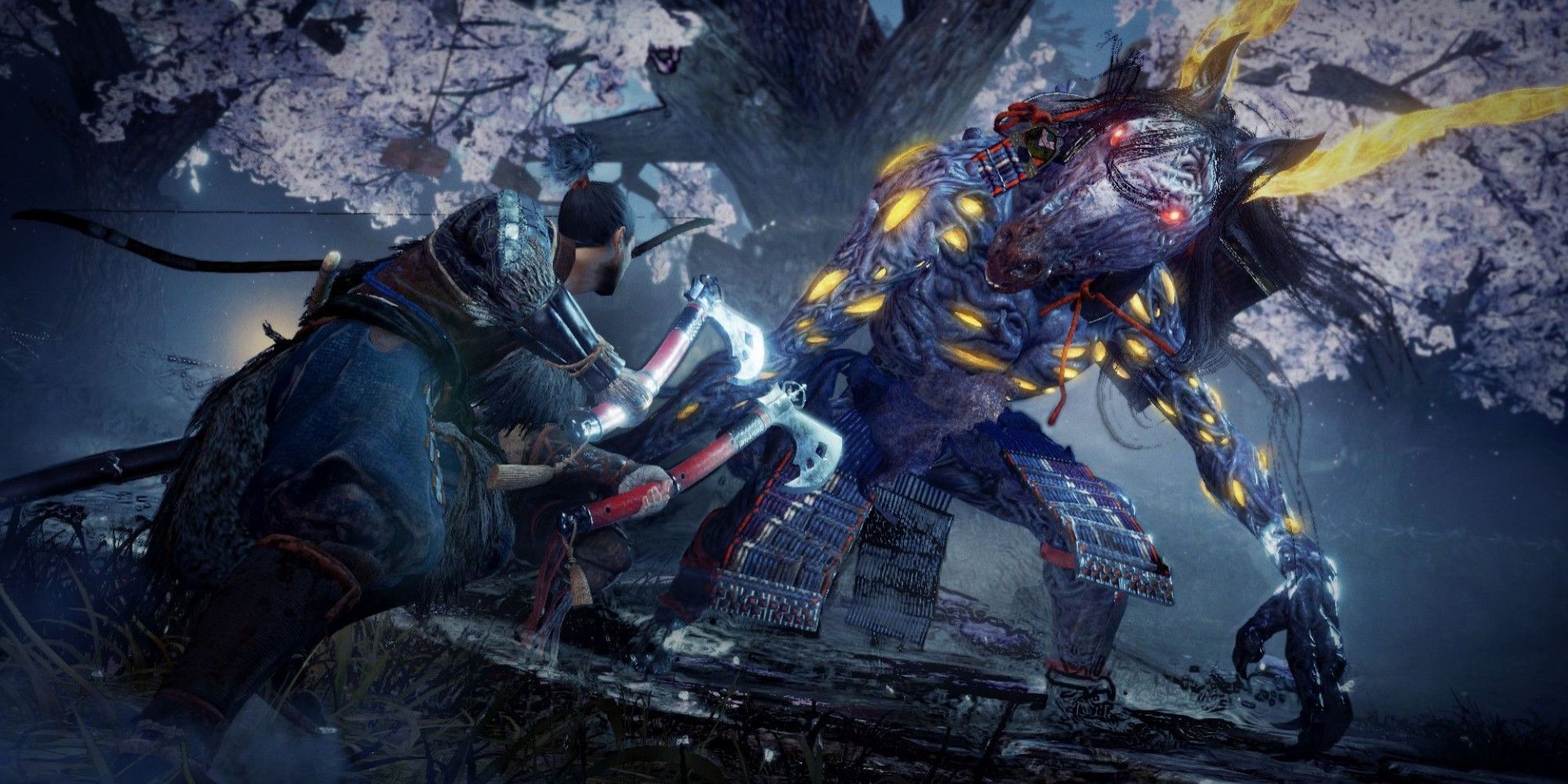 You probably recognize Nioh as the game that somewhat resembles Sekiro. While Nioh 2 definitely takes inspiration from FromSoftware's games, Team Ninja made something completely their own. Nioh 2 is split up into levels with clear objectives and unique boss fights.

In fact, the main story has more than 60 bosses and that's not even including the DLC. Additionally, you can play the game with up to two friends, who will likely have drastically different builds from you, so the level of options and content in this game is genuinely staggering. 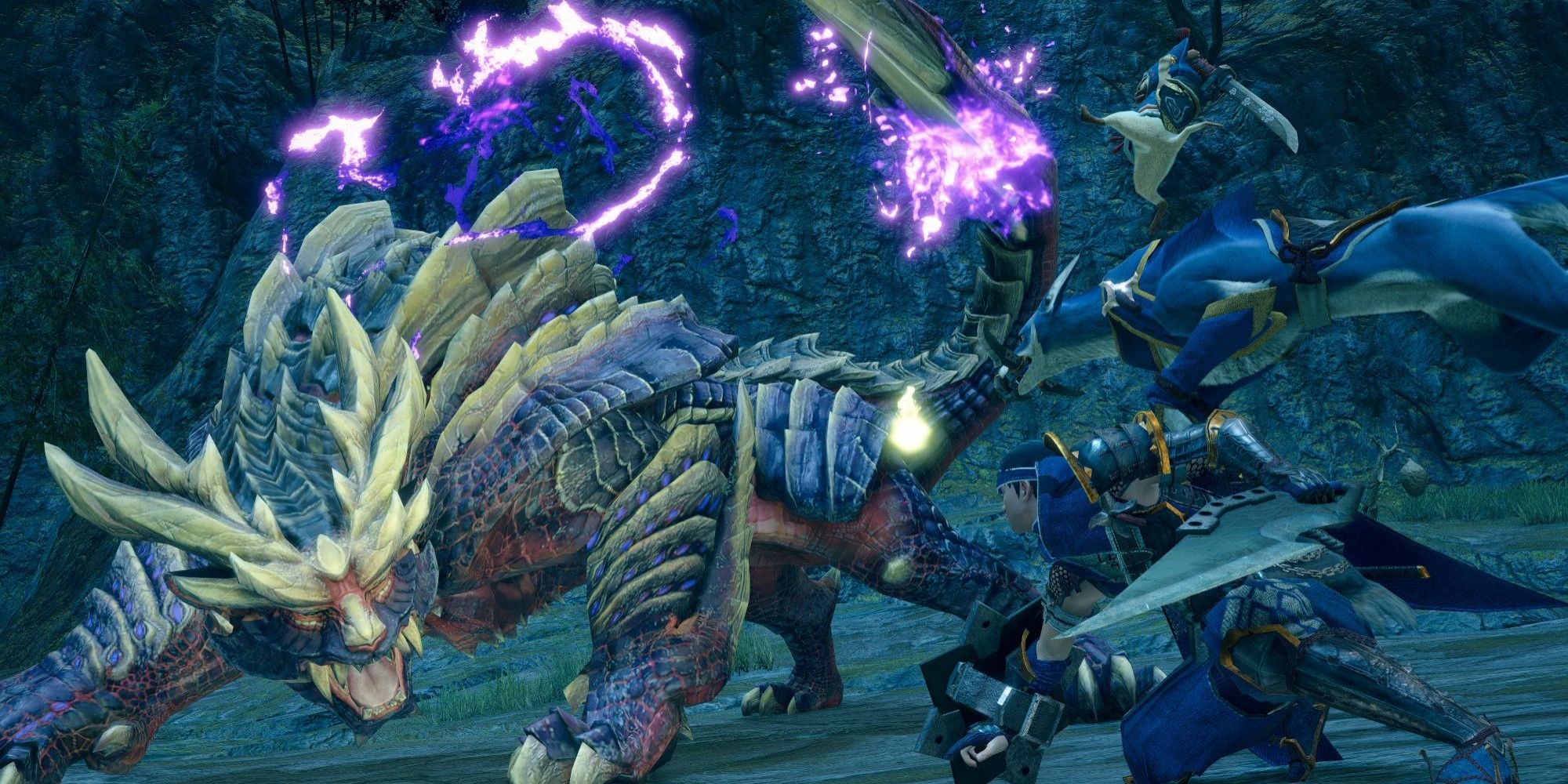 Salt and Sacrifice takes inspiration from Monster Hunter. When you find a mage, you can start a hunt where a boss will appear, and you must chase it around the world until you fight it in an impromptu arena.

Monster Hunter: Rise shares a similar core idea. Instead of wizards and giant knights, you'll be tackling dragons, platypuses, and dinosaurs. There is so much depth to Monster Hunter: Rise that you'll be motivated to keep coming back. This entry in the series also includes a ridable dog and a grappling hook.

6 Ender Lilies: Quietus Of The Knights Makes Spirits Do The Work For You 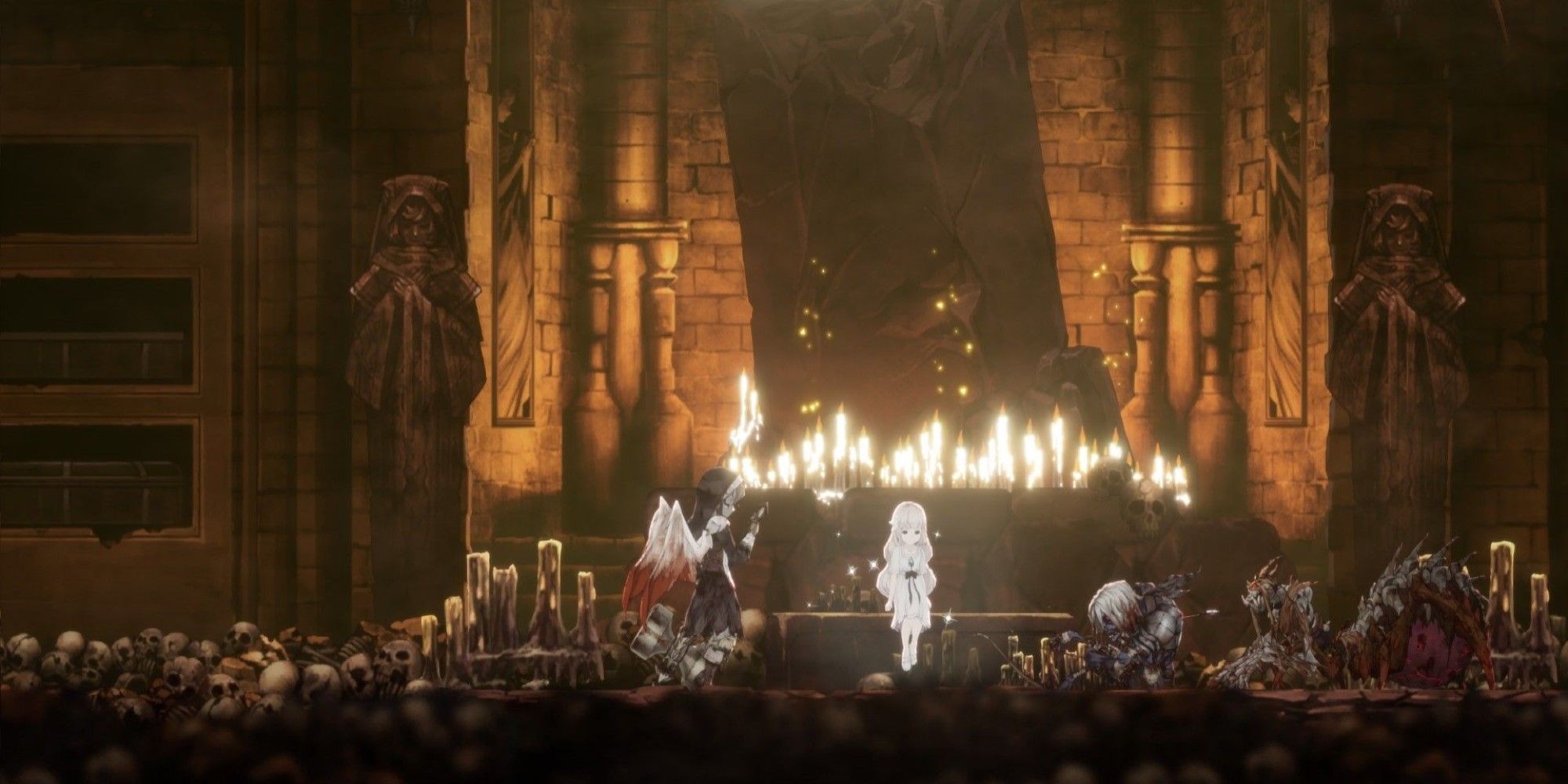 Ender Lilies was a sleeper hit in 2021. Another Metroidvania in a dark fantasy world, it seems like this game would be more of the same. However, it has a unique hook when it comes to its combat and abilities.

Whereas most games have the main character do all the fighting and complex exploring, here you instead make use of spirits. You play as a little girl, Lily, who essentially hides behind powerful fallen knights to tackle difficult bosses. Once you defeat certain enemies and bosses, you'll gain their spirits, which you can use on your quest. 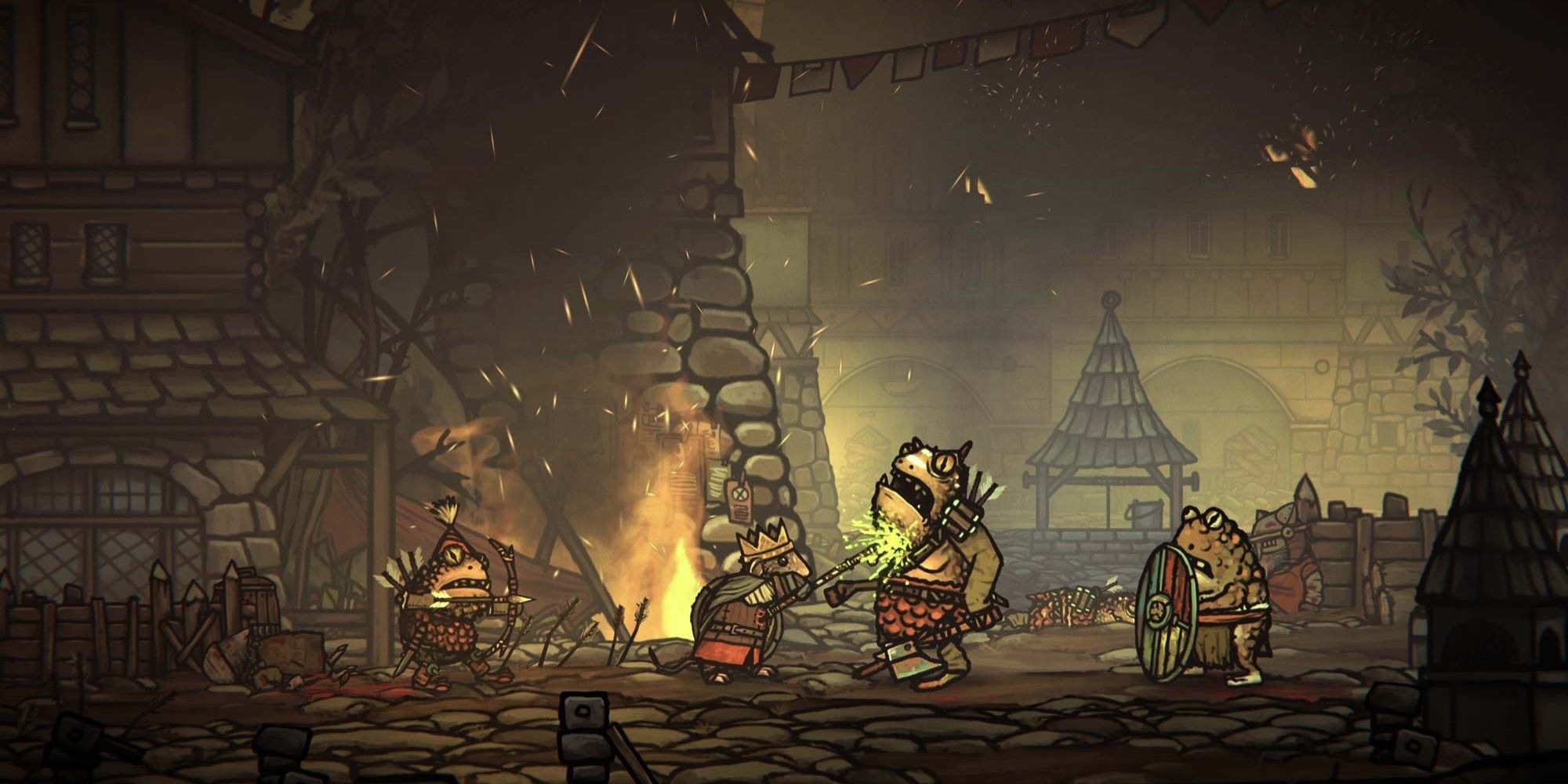 Doug Cockle, the voice actor of Geralt in The Witcher 3: Wild Hunt, is the narrator in Tails of Iron. If that isn't enough to pique your interest, then keep reading.

Tails of Iron has visuals that were taken right out of an old storybook, but combat that will keep your knuckles white and your brow full of sweat. This game is challenging yet simultaneously a feast for the eyes and ears. Tails of Iron has also received a free update that adds post-game content, new bosses, and a new secret. 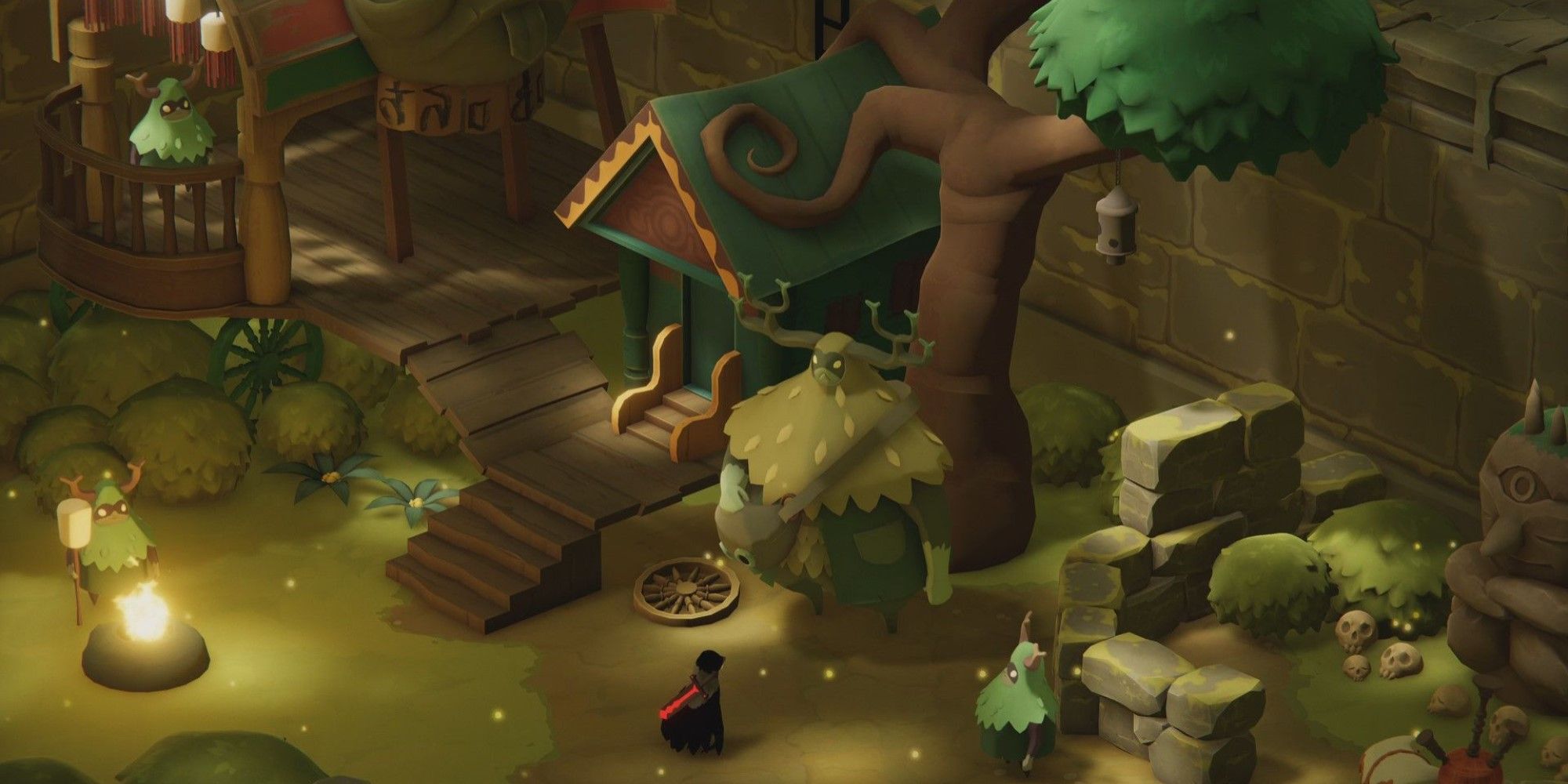 Death's Door puts you in the shoes of a crow whose job is to reap the souls of those who've since passed. Things change when your target soul is stolen. To get it back, you go on adventure ripped right out of a Zelda game, with plenty of puzzles and dungeons to traverse.

Be prepared for tough boss battles, though, as they won't give you an inch. Death's Door is loaded with interesting characters, a beautiful world, and an intriguing narrative. 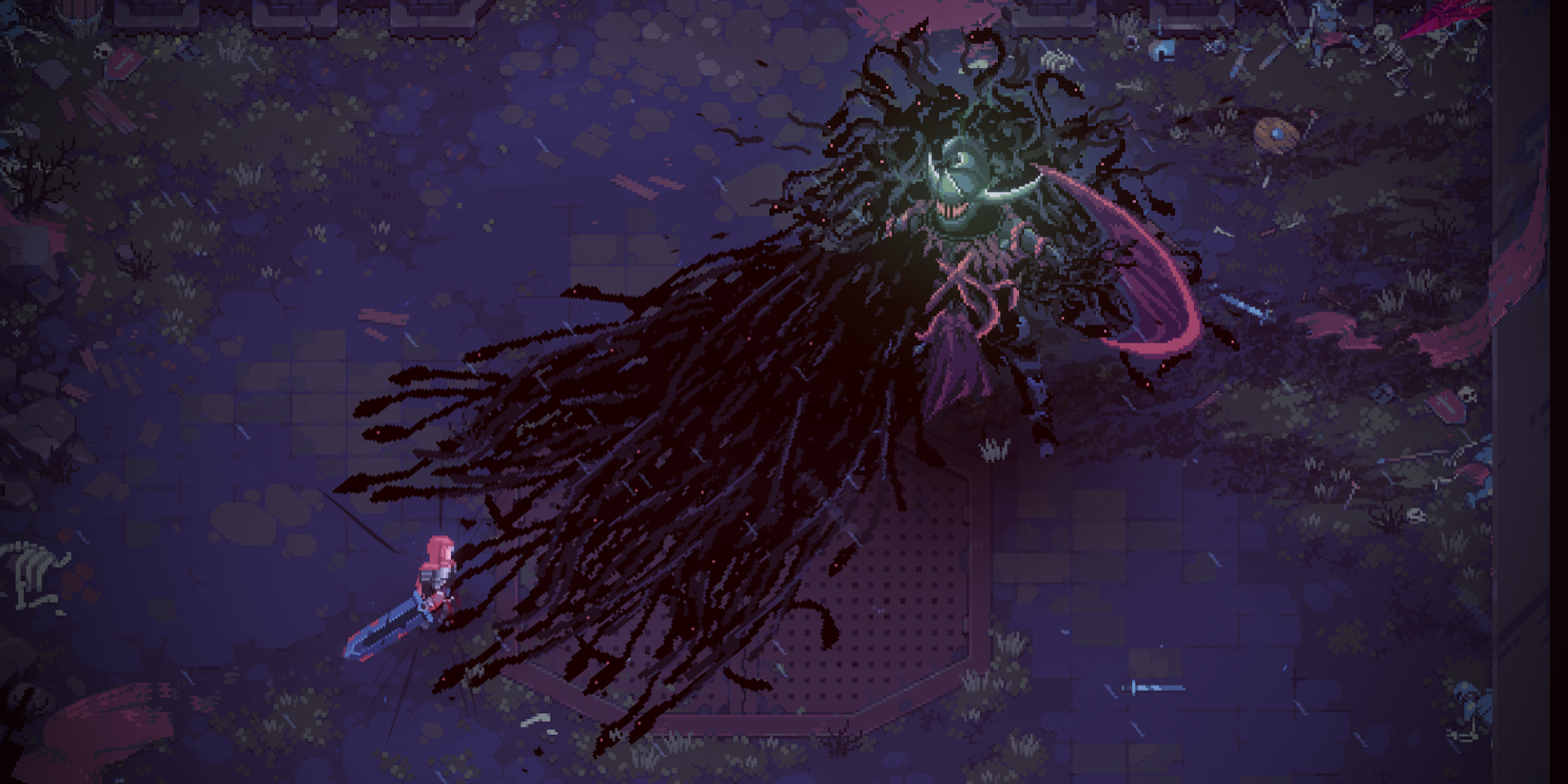 The Old Gods have laid a curse on the world and you're the only one who can stop it in Eldest Souls. This game puts the focus on the larger-than-life boss fights you'll face. These gods are tough, visually distinct, and waste no time trying to squash you into the earth.

Combat isn't the only thing you'll find in Eldest Souls. You'll be met with gorgeous pixel art, mysterious sidequests, and a free expansion that adds even more to an already packed experience. 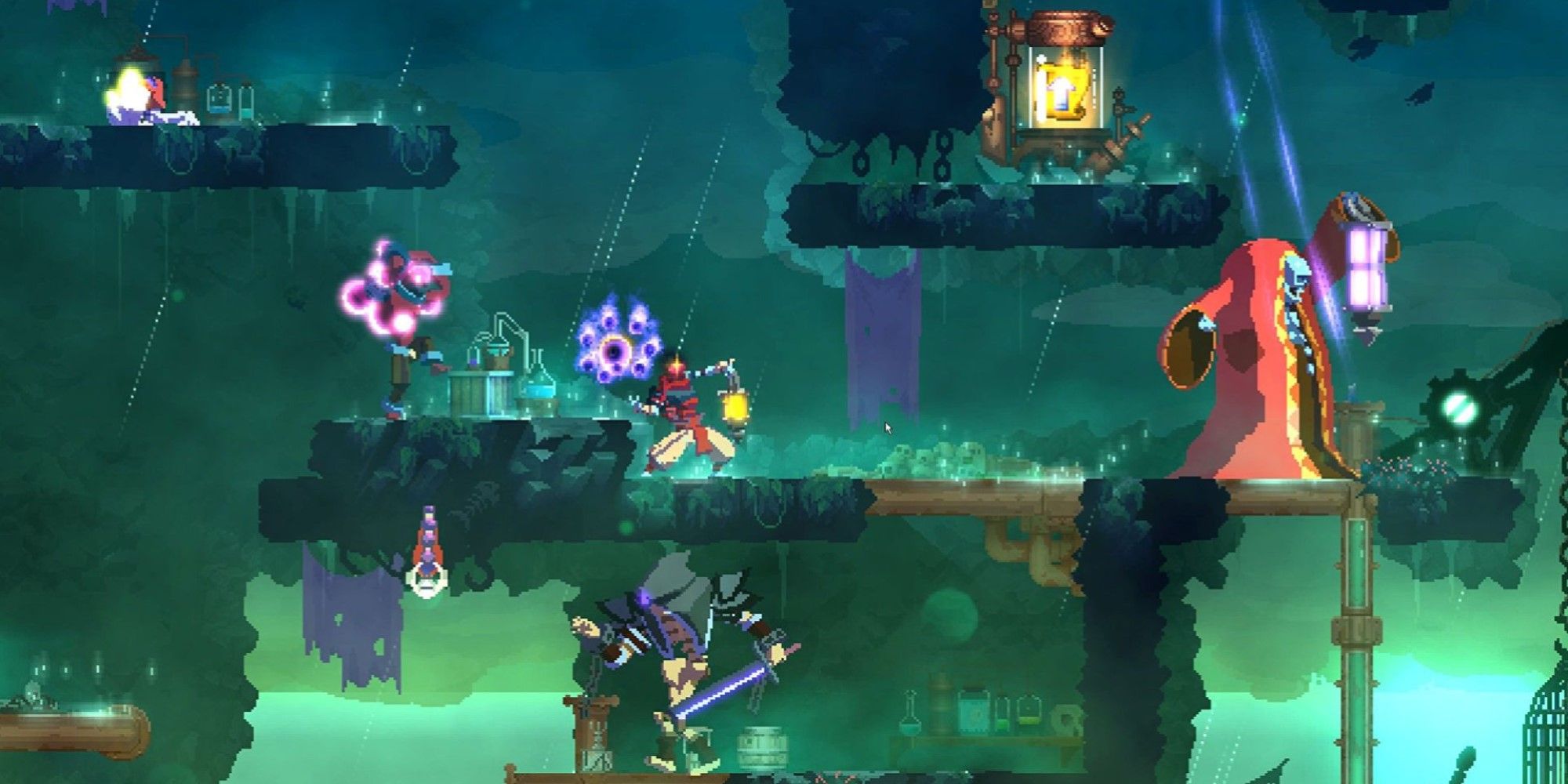 Dead Cells encourages exploration to find new secrets and items, but it will also punish you if you make mistakes. The developers refer to the game as a "RogueVania" where you have nonlinear progression through a world connected by branching pathways and hidden walls, but also threatens you by sending you to the start when you die.

To win, you must learn the ins and outs of Dead Cells and perfect its combat. If the game gets its hooks into you, and there's a good chance it will, there is a lot of DLC to play once you complete the main campaign.

1 Hollow Knight Is A Masterclass Metroidvania 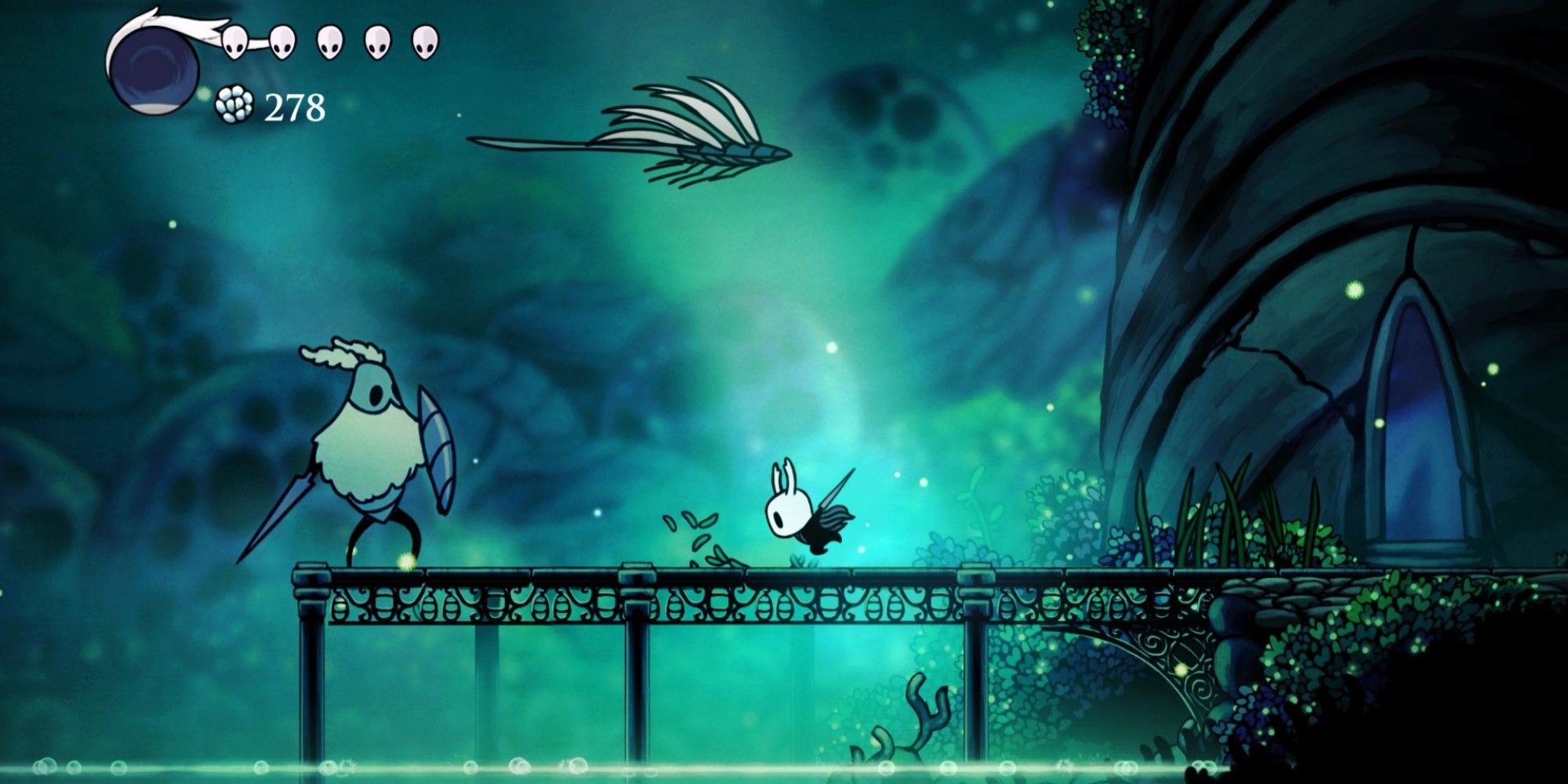 It's hard to be on the internet for a single day without hearing people ask about the release date of Hollow Knight: Silksong. If you've played Hollow Knight and ventured into the depths of Hallownest, though, then it's easy to see why fans are hungry for more.

Hollow Knight is a game that is so expertly made it's hard to believe it was developed by a small team. The hand-drawn visuals, beautiful soundtrack, diverse world, and precise combat are all some of the best in a Metroidvania. If you haven't played the game, you owe it to yourself to dive in.