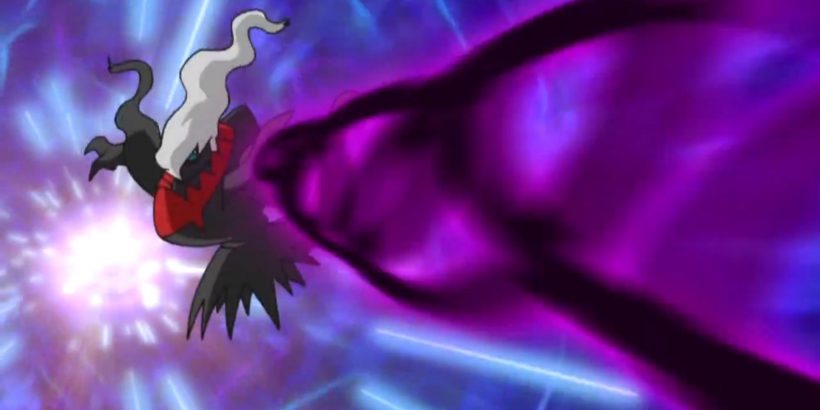 It's hard to believe there was a time when Dark-type Pokemon didn't exist. Don't go glancing at in-universe libraries, or even lore entries — they're liars, one and all. When Pokemon Red & Blue debuted, Dark-type Pokemon were restricted to the realm of qualitatively questionable fan fiction.

Along came Gold & Silver. And, well, the rest is history. Pokemon Brilliant Diamond & Shining Pearl revel in several outstanding members of the sunglasses-at-night squad, but it can be tricky to know which ones will suit you best. Here are some of the best, categorized by either Sinnoh Dex or National Dex. Typically, the former represents Pokemon you can pick up during the main story whilst the latter means waiting until the credits roll, but we'll note when that's not the case. 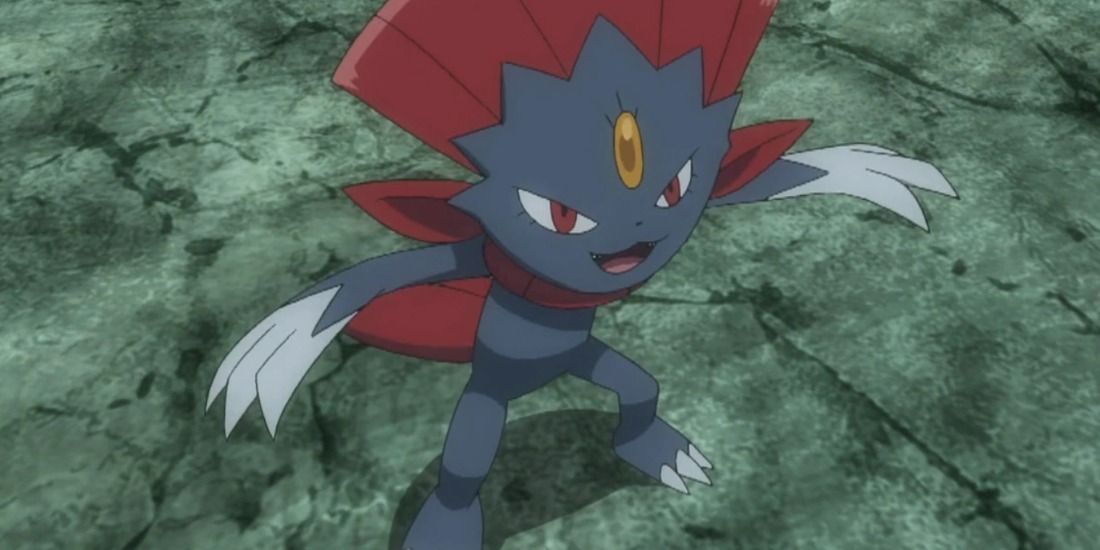 Weavile has been making thievery look cool since the original Diamond & Pearl. Commonly depicted as a conniving little Dark/Ice kingpin, we would prefer to think of it as a misunderstood mischief-maker. It's not Weavile's fault that anime baddies keep capturing it. Plus, it befriended and Umbreon and defended an Eevee once. That counts.

There are two reasons to make Weavile a fixture of your team: Attack and Speed. Both stats are borderline-uber, and while its Special Defense suffers for it and its Special Attack is so low that even an Ice Beam from the bipedal weasel might not be enough to harm a Dragonite, none of that matters if you've got proper coverage for those weaknesses elsewhere in the party. A Night Slash or Throat Chop from Weavile can knock plenty of Pokemon out in one blow. Icicle Crash is the same way, but for Ice attacks rather than Dark ones. Ice Shard is weaker, but if your opponent is one of the few Pokemon that can outspeed Weavile and send it to oblivion with Fighting-type moves. 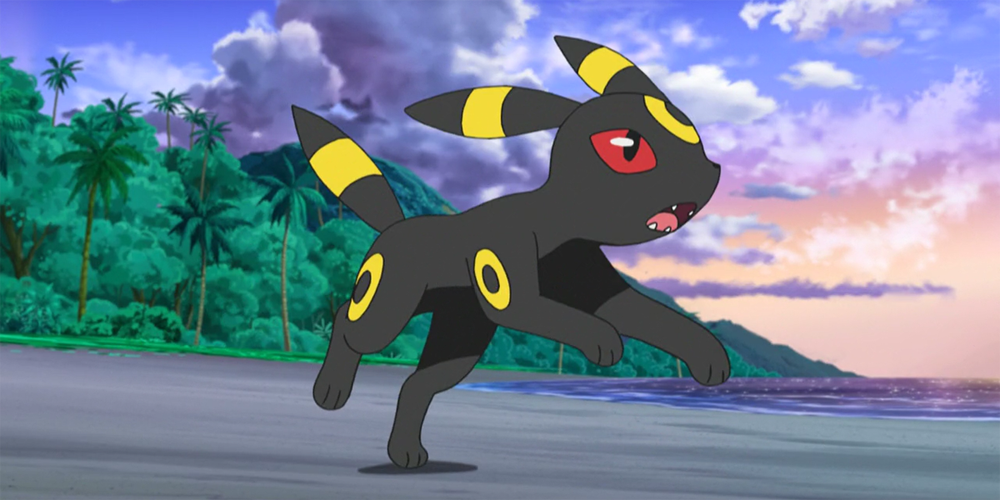 We didn't mention Umbreon in the previous entry as a lead-in to this one, but if it makes us seem clever, you're free to pretend we did. Umbreon is far bulkier than the cute black fox's lithe form suggests. That bulk gives it superb Defense and Special Defense alongside a respectable HP pool. But Umbreon's no sweeper. Its Attack and Special Attack are below average, and it's the slowest "Eeveelution" ever.

If what you want from a Dark-type is nothing short of raw fury, this ain't it, but it makes this list thanks to the sheer utility on display. You can withstand a ton of heat from Pokemon just in-game but even online with setups like Foul Play, Wish, Protect, and Moonlight. Foul Play factors the opponent's Attack stat in its damage calculation, partially bypassing Umbreon's mediocre strength and delivering a solid blow. The rest keeps Umbreon alive as you whittle away your foe's offensive capabilities. 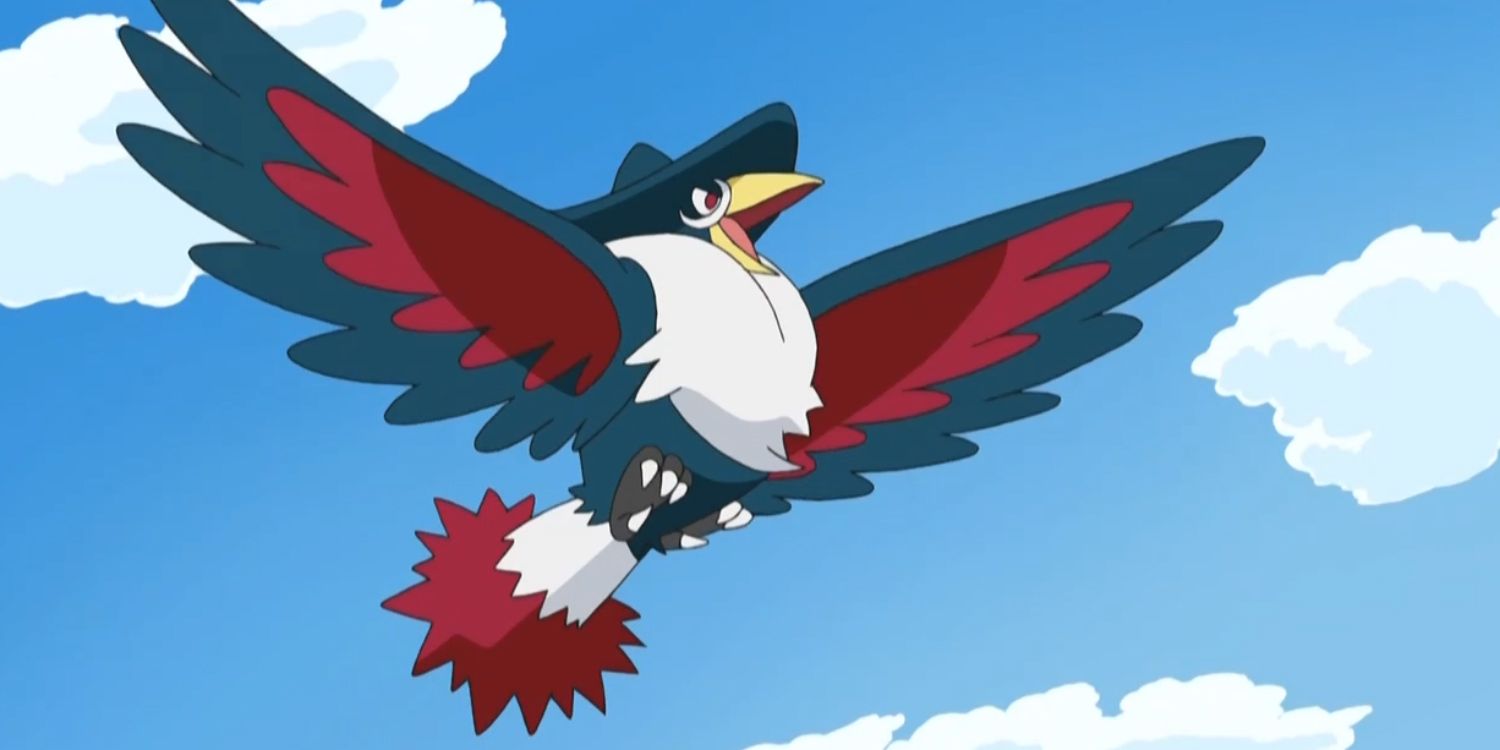 Honchkrow's claim to fame rests in its superior Attack stat. It can fearlessly assault its prey with great techniques such as Brave Bird and Night Slash. Honchkrow doesn't have a terrible Special Attack, mind you, so Special-based moves like Dark Pulse are perfectly viable in a pinch.

Abilities are an often-overlooked aspect of a Pokemon's battle prowess. Some are rather middling, it's true, but Honchkrow's Moxie ups its Attack stat one stage every time it knocks out an enemy. This dark-winged daredevil can boost its offense to frankly absurd levels by fight's end. 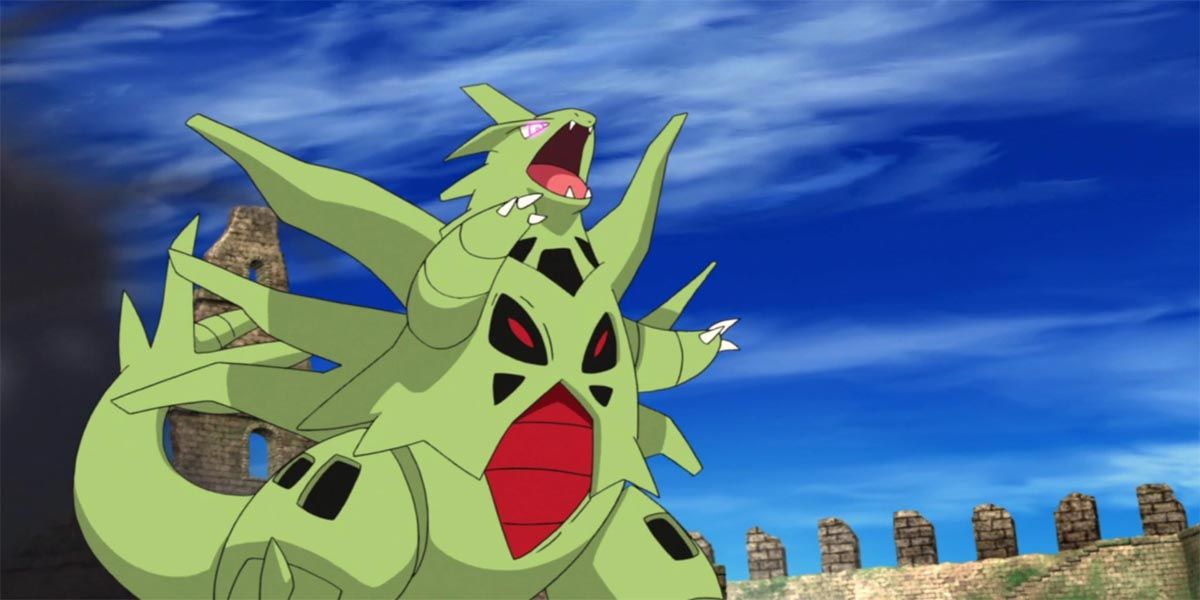 We're not thrilled that Tyranitar is a post-game Pokemon in Brilliant Diamond & Shining Pearl. We get it — it's an absolute unit, as the kids say, capable of sending plenty of adversaries into oblivion with Stone Edge, Earthquake, Fire Punch, Ice Punch, Crunch, Rock Slide, the list goes on. Its Attack stat is even higher than Honchkrow's, it summons sandstorms in battle and laughs when everyone else suffers for it, and if push comes to shove, it can trip people up with Stealth Rock so that they think twice about switching Pokemon in and out ad nauseum.

On the flip side, it's slow as molasses and it has seven (!) type weaknesses. But that won't matter much if it can land an Earthquake or two first. What we're trying to say here is that it would be really funny, and completely foolish, for Game Freak to let us catch a Larvitar just outside of Twinleaf Town, level it to a Pupitar, level Pupitar to a Tyranitar, and the next time Barry tries to thud into us, Tyranitar stands in his way. Barry would bounce off of Tyranitar and get flung straight into Lake Verity. This Pokemon doesn't belong to the "Uber" tier, but maybe it should. 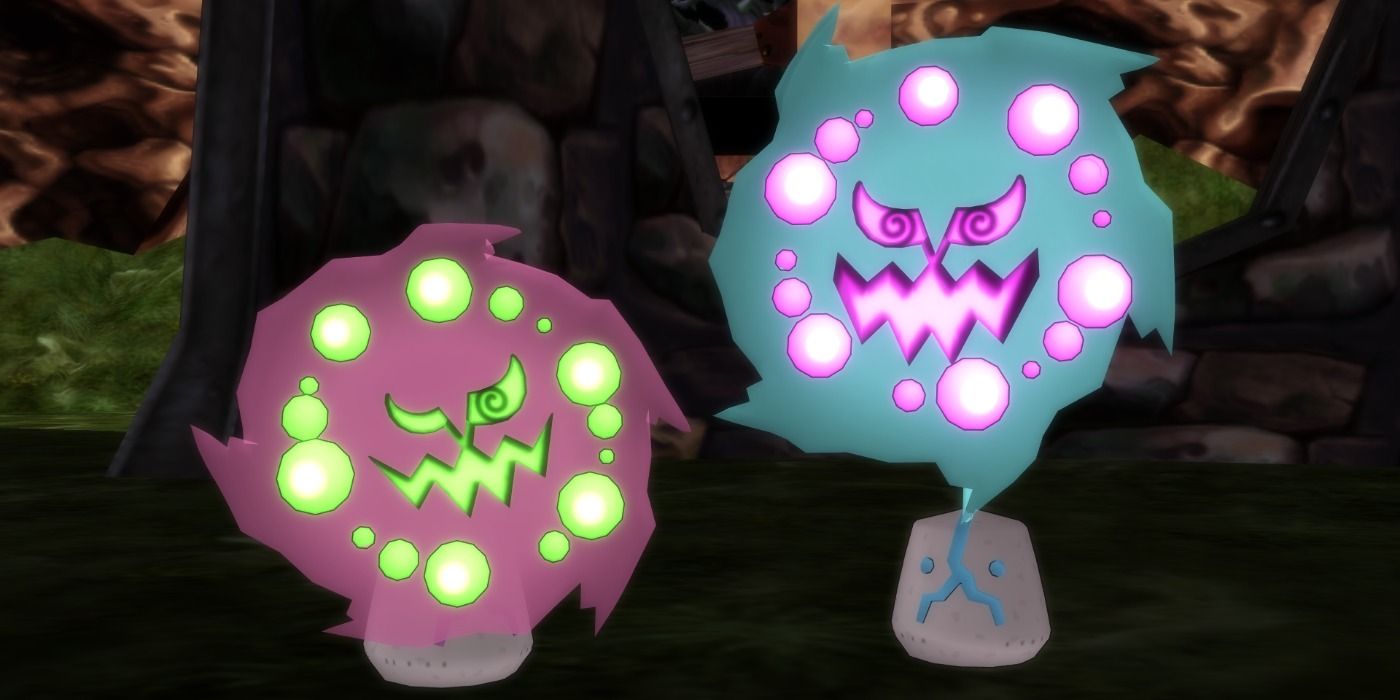 Spiritomb's head, which is also its entire body, spins around like a fan on high. It's disorienting enough to make the cut on sheer dizziness-inducing mannerisms alone. But it's also great at Pokemon battles, which is probably why you're here.

We'll open with the negatives for a change. Spiritomb's HP is terrible and its Speed is one of the lowest in the entire Pokedex. We cannot emphasize enough just how slow this poor thing truly is. But it's got very nice Defense and Special Defense, immunities to Fighting, Normal, and Psychic, and the chance to drive the other side wild with buffs and debuffs like Calm Mind, Taunt, and Will-O-Wisp. Its Special Attack is serviceable, so Psychic and Dark Pulse can dish some more overt desecration. 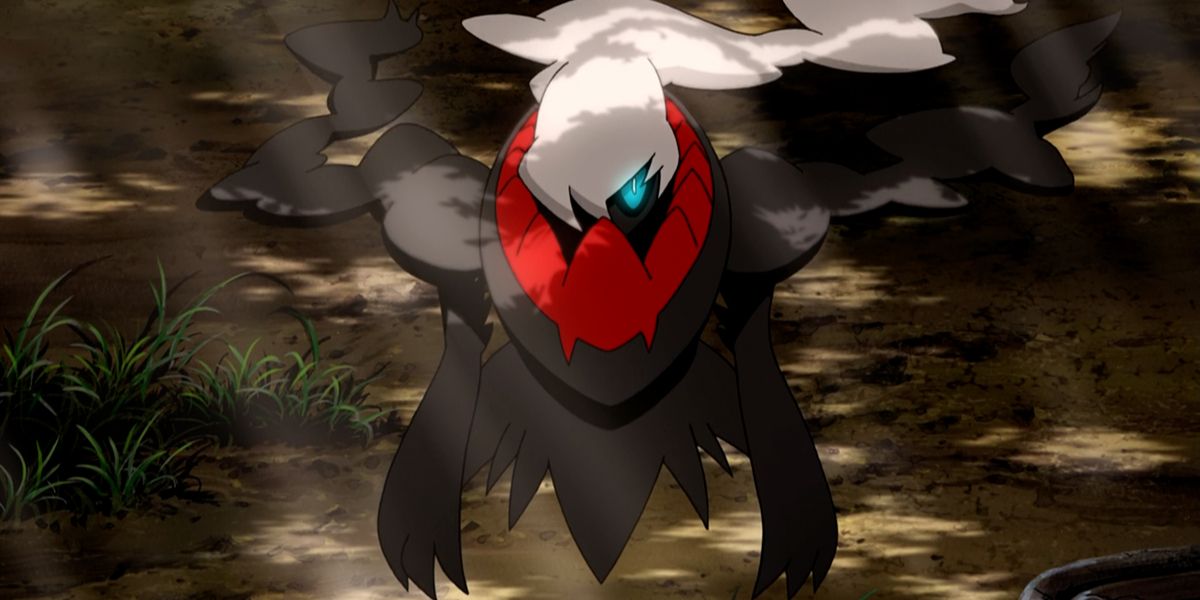 In the Diamond & Pearl seasons of the long-running anime, Ash lost his shot at the Sinnoh League Championship largely because his rival brought a Darkrai. That's like Gary waltzing up in Johto with five Mewtwos and an Arceus "just because." Darkrai, you see, is a monster. There isn't a dreadful stat to Darkrai, though its HP is decidedly average. Everything else is worth a mention at worst and worth running far away from otherwise. A base Special Attack of 135 and base Speed of 125 translates, in layman's terms, into "despair."

Its ability, Bad Dreams, causes Pokemon put to sleep to lose an eighth of their health every turn. Considering Darkrai can learn both Hypnosis and Dream Eater, you can see why falling asleep anywhere near Darkrai is a very poor idea. If it can fire off a Nasty Plot to boost its Special Attack a further two stages, moves like Dark Pulse, Thunder, and Ice Beam will annihilate tons of Pokemon. Including three of Ash Ketchum's finest.