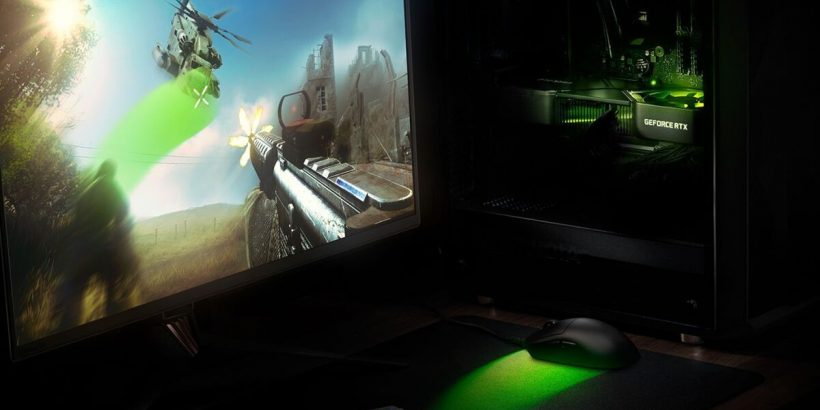 “Frames win games,” Nvidia likes to say, but there’s more to esports domination than raw frame rates. How those frames get delivered matters too. Latency—the time it takes for an on-screen action to happen after you press a button—reigns supreme in the blink-and-you’re-dead competitive esports scene. If your game looks beautiful but feels sluggish, you’ll find yourself outgunned by rivals playing with crummy visual settings to increase responsiveness.

Enter Nvidia Reflex, introduced alongside the GeForce RTX 3080 and RTX 3090. If you’ve heard of it before, you probably associate it with low-latency features being added to games like Call of Duty: Warzone, Valorant, and Fortnite. But Reflex is actually Nvidia’s overarching brand name for a wide range of new latency-obsessed tools. Yes, the Low Latency Mode being added to games is part of it, but on Tuesday, Nvidia and its partners are also rolling out blisteringly fast 360Hz G-Sync Esports monitors with Reflex Latency Analyzer built in. If you’ve invested in compatible accessories, Reflex Latency Analyzer keeps tabs on the entire pipeline from the millisecond you click your mouse to the millisecond the game renders your gun shooting, helping you identify which parts of your system are acting as a bottleneck.

Nvidia’s Reflex Latency Analyzer and the Reflex Low Latency Mode being introduced to leading esports games are two very different technologies, with two very different use cases, and perhaps two slightly different audiences. But they’re both focused on the same underlying goal: making your games more responsive. You don’t need one to use the other. And better yet, Reflex Latency Analyzer’s powers let us evaluate the effectiveness of both, as well as measure how much faster your reactions would be if you invested in a pricier graphics card or a high refresh rate monitor.

Studies have shown that lower latency can improve your shot accuracy and kill-to-death ratios in competitive esports. Today, we’re going to quantify responsiveness across a wide range of scenarios. Buckle up.

Editor’s note: This article is updated as needed to mention the Reflex API feature coming to new titles. The most recent additions are Rust, Overwatch, and Rainbow Six: Siege.

First, let’s dig into the Nvidia Reflex Low Latency Mode you may already be seeing in the games you play. (For brevity, we’ll call the software SDK “Nvidia Reflex” from here on out.) If you’re just interested in raw benchmark results for a wide variety of scenarios, consider jumping straight to our benchmarking section instead.

Nvidia Reflex is an optional set of APIs that developers can choose to implement in their game to reduce latency. It works particularly well in heavily GPU-bound scenarios—if you’re playing an esports game on a higher-resolution monitor, or crank up all the eye candy, you’ll see the most significant responsiveness improvements, as you’ll see in our benchmarks section.

Technically, the Nvidia Reflex SDK works by zeroing out the render queue, allowing the game engine to tell the CPU to submit render work to the GPU just-in-time. That keeps your game from feeling sluggish. Because the CPU isn’t under stress to supply a render queue, it can keep an eye out for mouse clicks until the last possible second, too. 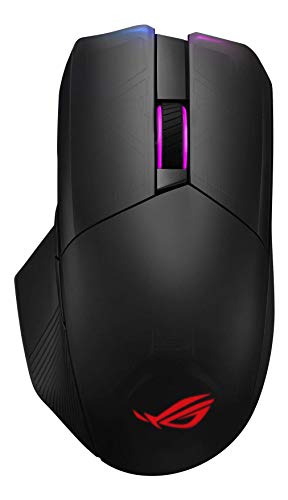 We witnessed Reflex’s increased click responsiveness when playing Valorant at 60Hz on a GeForce GTX 1660 with visual settings cranked. With Reflex active, our mouse delivered a blistering 0.5-millisecond response time across 100 clicks, comprised of mostly 0.4ms and 0.5ms clicks. With Reflex disabled, it averaged 0.6ms, with mostly 0.6ms and 0.7ms clicks. That’s the most noticeable example, but across the board, we witnessed slightly better mouse latency with Reflex on. This particular benefit might be a bit hidden with the mouse we used for testing, though, as the Asus ROG Chakram Core is ludicrously fast. Most mice take several milliseconds to register a click, but this one averages 0.5ms. Hot damn.

You need to activate the various Nvidia Reflex features in the visual options of games that support it, like Fortnite.

Nvidia supplements Reflex with an optional “Boost” feature that you can choose to enable. Boost, appropriately, keeps your GPU boost clocks higher so that frames hit your display faster. That may help Reflex provide a benefit even if you’re already playing with low visual settings. In games, the Nvidia Reflex menu setting has three options: Off, On, and On + Boost. Because activating Boost doesn’t have any drawbacks aside from a higher power draw, there’s no reason to leave it disabled if you’re using Reflex.

Nvidia Reflex is already supported by many of the most popular shooting games around. You can use Nvidia Reflex in Fortnite, Overwatch, Rainbow Six: Siege, Valorant, Apex Legends, Call of Duty: Warzone, Call of Duty: Modern Warfare, Call of Duty: Black Ops Cold War, Destiny 2, Rust, CRSED, Mordhau, Enlisted, and Warface. Better yet, the feature works with GeForce graphics cards going all the way back to the GTX 900-series. You don’t need a pricey RTX 30-series GPU to use it.