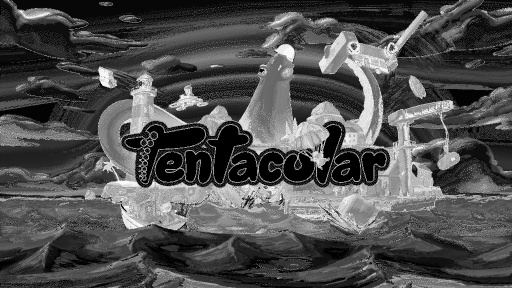 Easily dismissed at a glance, you’d be a sucker to miss Tentacular’s wonderful brand of intricate interaction and technicaly complexity. More in our Tentacular review!

Tentacular risks being pigeon-holed. It’s easy to look at this kaiju game and see flashes of Goat or Surgeon Simulator; fun for a fleeting few hours, perhaps, but ultimately a toybox that, once you shut, won’t be opened again anytime soon.

And you can furl your tentacles around that low-hanging fruit if you wish. Tentacular is an extremely amusing sandbox full of innocent citizens to fling across oceans and cars to catapult into Jenga towers made of shipping containers. Hand it to any first timer and they’ll quickly lose themselves in the delightful joys of diorama VR and the sinister satisfaction of bringing it all crashing down.

But there’s much more to Tentacular. It is, y’know, an actual game. One with a campaign that constantly reinvents your newfound superpowers and challenges that require intricate interaction to surpass. It’s also a pretty stunning technical achievement, especially on Quest where you fear your thinly-stitched constructions and Frakenstein sculptures might crumble both from a physical and performance standpoint.

In other words, Tentacular is really good.

First things first: you’re not a squid. Or I don’t think you are, at least. You’re not an octopus, either, and you’re certainly not a released kraken. What you are is a citizen of the island town of La Kalma that’s just turned 16. That means it’s time to start giving back to the community and getting a job. You’ll quickly find yourself embroiled in the island’s remarkably bleeding edge science scene, testing wacky new inventions like magnets or rockets.

This means lots of heavy lifting, often as an enormous bull in a tiny china shop. Central to Tentacular’s success is its truly tactile sense of touch. Grab a container with the far end of a tentacle and it’ll stretch and wobble with surprising authenticity. Pick it up with a thicker part of a tentacle and you’ll have a much more stable connection. There’s no magically phasing through objects or long-distance grabbing; your tentacles have a definitive and, when used recklessly, destructive presence in the world.

It’s a delicate balance, but one that developer Firepunchd strikes well. So much of Tentacular’s fun is in its happy accidents, like bringing one hand up above a wall, only for the tentacle to snap forward as it comes over the edge, flicking an unsuspecting citizen into the distance. But such instances are almost always your own fault, occuring because you weren’t aware of your own physical space within the game and not simply because you’re wrestling with a complicated control scheme.

And the world mines this for all it’s worth. Tentacular is brimming with deliciously satisfying interactions, from the swing of a lever that appears when you’re ready to progress to the next level (complete with an equally rewarding soundbyte) to the tiny kick the controller gives when tapping citizens on the head to speak to them. There’s always convincing elasticity, feedback and heft to everything you do, and it fully embodies you in the role.

Most of Tentacular’s levels — single puzzles often grouped into acts you can replay — drip feed you new concepts to tinker with. You’ll start off stacking crates to build towers before fixing them with magnets, and eventually get the ability to change the size and strength of them, for example.

The game’s best challenges are summer camp-style impossible missions, only instead of building a raft with a few logs and a bit of twine, you’re redecorating the mayor’s dining room, taking care not to knock over chairs and vases as you tack paintings onto walls and steady flailing chandeliers.

Not every concept works. Trying to lob missiles through rings is tedious given the lack of weight and sense of direction you have when throwing in VR, not to mention the game gives you only a limited number of tries. That said, it recognizes this with an almost essential help system that adds in a power line you can use as an aim-assisted catapult instead.

It also clearly recognizes the frustrations of overly-talky VR too, with brilliantly bold word bubbles that are quick to take in as characters nonsensically natter away. But the balance isn’t quite right in this bit; there’s a fun story at the heart of Tentacular but it requires a lot of dialogue and skipping through lengthy story sequences slows the pace to a crawl, as does cyclying through instructions when you need to find out what your next objective is.

It’s a minor annoyance in an otherwise wonderfully crafted little world. Tentacular’s islands are thriving with personality in a way that 2017’s Giant Cop (which I’ll admit is a real deep cut in the VR back catalogue) never matched. Buildings are peered into by lifting roofs on hinges or swinging front walls open, options menus fly in on zepplins you can poke and prod, and you can reset any level by turning around to an isolated hermit that mans a lone tower holding the reload switch. Throw an important character into the horizon, and they’ll suddenly parachute back into view, any mishaps automatically forgiven.

It’s a tiny miracle of a creation that reminds you VR doesn’t have to be life-sized to be convincing or compelling. If anything, Tentacular joins Moss and Astro Bot in proving that you can do more with this setup than you can trying to replicate the full-scale experience right now.

It’s tempting to dismiss Tentacular at first sight, but that would be a mistake. What may seem like a simple, shallow VR playpen actually houses a remarkable showcase of tactile interaction and physical complexity, wrapped up in an endlessly playful world with first-rate user interfaces. Yes, it’s silly but it’s also a genuinely different gameplay experience that has you calculating even the slightest inch of micro-movement, revelling your hard-fought, precariously balanced victories and lamenting the many, many wince-enducing tower topples and accidental disasters along the way.

This is a full-hearted marvel with the capacity for laughter and amazement, paired with the mechanical intricacy with substance. In short, you’d be a sucker to miss Tentacular.

This review was conducted on the Meta Quest 2 version of the game. What did you make of our Tentacular review? Let us know in the comments below!