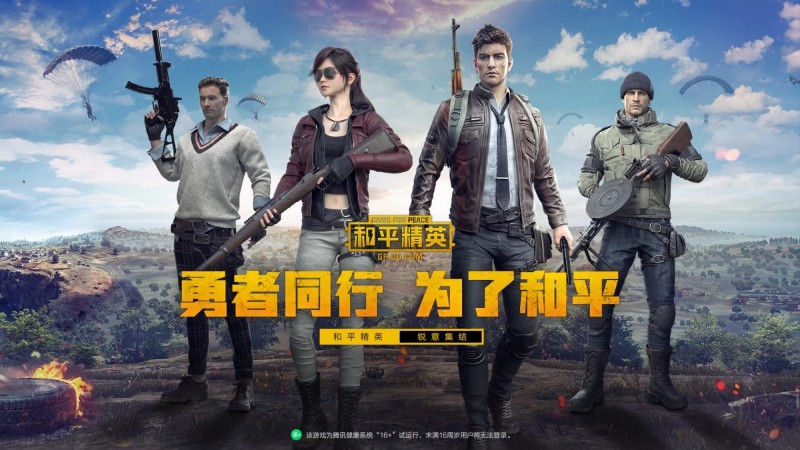 Last year, after the release of PUBG Mobile, Chinese megacorporation Tencent seemed extremely excited to get the game out in China and be able to monetize the game. What they didn’t see coming was China’s freeze on approving new video games back in March of last year, which put a halt to any dreams Tencent may have had about monetizing the game. While the freeze was lifted in December, PUBG Mobile was still sitting and waiting for approval to turn on monetization. Tencent, seemingly, has had enough and pulled the game down in favor of a more patriotic, gentler game called Game for Peace.

Game for Peace is very much like PUBG Mobile but with a few key differences to please regulators and approval boards in China. To begin with, Game for Peace is billed as a military training exercise for the People’s Liberation Army Air Force; you may be shooting at people, but they’re not dying. Instead, they get back up and wave goodbye, according to reviews on Chinese message board service Weibo. Similarly, there’s no blood. You will also get reminders every three hours to remind you to quit playing for a while if you’re under the age of 16.

They changed PUBG Mobile in China to comply with stricter game violence laws. Now when you ‘kill’ someone they give you a loot box and wave goodbye and honestly it’s just so hilariously wholesome pic.twitter.com/Q5xkrtM0MA

The new replacement for PUBG has rocketed to the top of the iOS charts in terms of revenue in one day, indicating that this plan has actually worked out. Rather than cutting off their losses, Tencent has sort of performed plastic surgery on their losses and seems to have found a better path by just massaging the regulations. According to Reuters, Tencent’s share has already increased 2 percent today.