The Sonic the Hedgehog franchise was built on a foundation of speed. That longstanding marriage lends itself well to the racing genre. Team Sonic Racing carries on the legacy of the Sega All-Stars Racing series from last generation, but adds new team-based mechanics and a sole focus on characters from the Sonic the Hedgehog universe. While the new teamwork elements create unique ways to compete on the speedway, they don’t elevate the experience enough to rise above the middling racing action.

Speeding around as Sonic and company is fast and enjoyable from the first lap. Easy and approachable controls lower the learning curve, making it so anyone can pick up and play with little introduction. While the driving mechanics aren’t particularly deep, new team components and a collection of 21 well-designed tracks full of alternate routes and shortcuts give you reason to dig past the surface of this kart racer.

You choose from a roster of 15 characters with unique attributes split into five teams. While I prefer speed-based characters like Sonic and Shadow, I like experimenting with the other classes. Technique characters like Tails and Chao can avoid getting slowed down by rough terrain, while power characters like Knuckles and Big the Cat can plow through obstacles.

Within this system, teams have multiple ways for teammates to help each other; from passing items to your teammates to skimming a wiped out teammate to give them a boost, you have plenty of ways to pick up a downtrodden teammate. Every team-based action builds your ultimate meter, which has race-changing implications as your entire squad is made temporarily faster and invincible. I love the idea of working together with my team to ensure they all finish near the top, but it doesn’t always pan out how I’d like.

While the team mechanics are a net positive addition to the kart racing formula, watching a weak link bring you down in a race is frustrating. In a handful of races where I finished first, I offered nearly all my powerups to my lagging A.I. teammates, but they still finished in the lower rankings. Since your overall placement takes your entire team’s rankings into consideration, my high placement wasn’t enough in these cases.

If you want to compete on your own, you can do so in standard races. However, stripping away what makes Team Sonic Racing different highlights how it is a competent-yet-unremarkable racer. Drifting around a corner to get a boost feels good, and the game has a solid sense of speed, but the uneven team mechanics are all that sets this apart from the other kart racers. Even the suite of 14 Wisp powerups are mostly just generic takes on Mario Kart’s items. It’s unfortunate since the team mechanics deliver a unique feel, but Team Sonic feels bland outside of that fold.

The Team Adventure story mode is an inconsequential narrative told through still character images over background environments, making the uninteresting plot even less engaging. While the story is boring and nonsensical, I like the structure, which grants you stars and keys for competing in races and other events in a hub world. While simply doing well in the events is good enough to progress, the mode also offers optional objectives like finishing first individually or not using any powerups. I always tried for the highest score, but I didn’t fret if I missed an objective or two; outside of completionism, there is little incentive to complete these bonus tasks. However, I love the timed minigame-style events in Team Adventure mode, like Eggpawn Assault, where you need to destroy as many A.I. robots on the track as possible, or Daredevil, where you drift close to Star Posts in an effort to score style points.

If you’re sick of racing against the A.I. and want to throw down against other players, you can do so locally with up to four players, or online against a full race of 12. Competing with human players on your team makes for more exciting moments, like activating your ultimate to come from behind and win. Custom lobbies allow you to set your own rules online outside of the typical casual and ranked matchmaking, helping bolster the online offerings. By the time I wrapped up Team Adventure mode, I was excited to play against human competition, so I’m glad it ships with an enticing online suite.

Team Sonic Racing delivers a fun, easy-to-play experience that bolsters its adequate gameplay with distinct flavors to help it stand out from the rest of the genre. Unfortunately, the core gameplay provides mediocre action, limiting the fun of the otherwise promising racer. 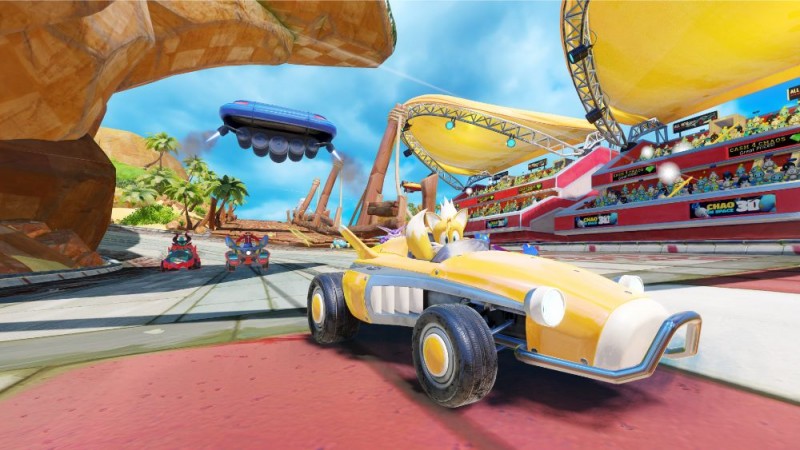 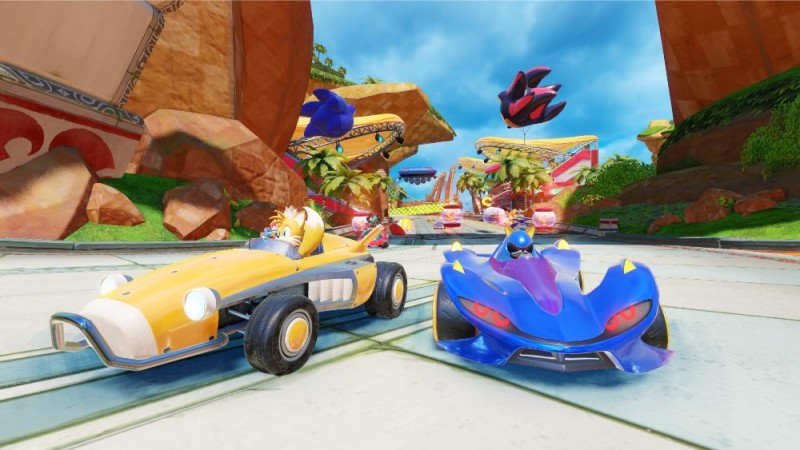 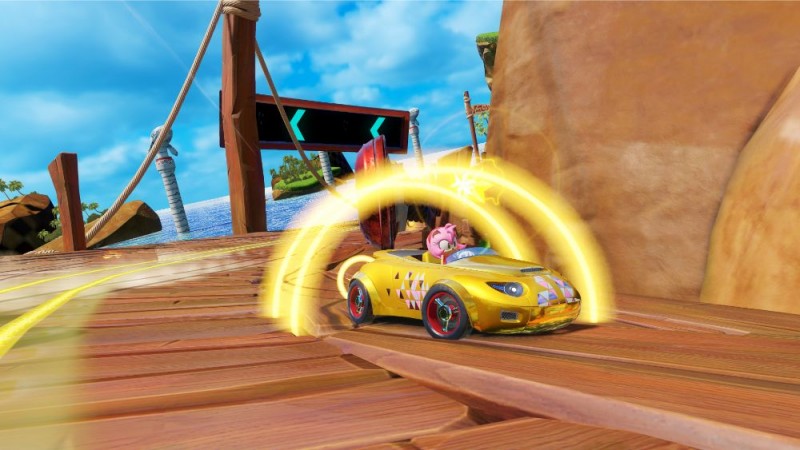 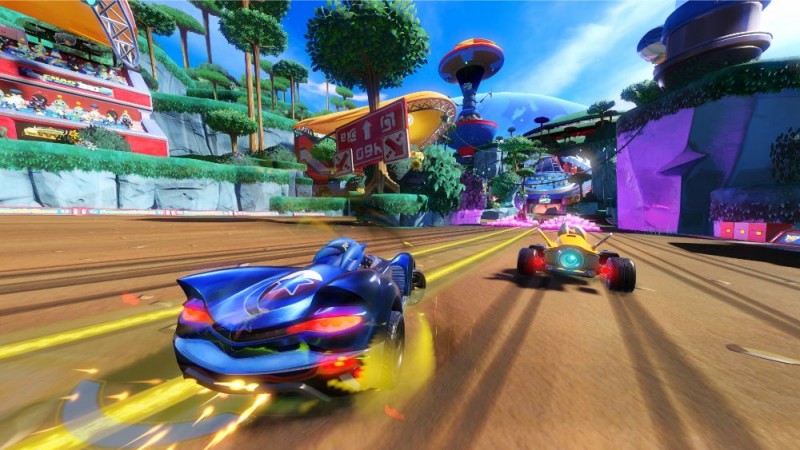 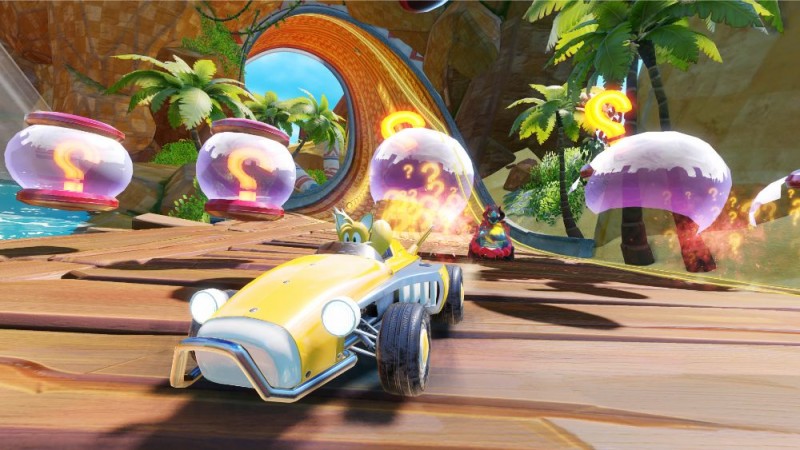 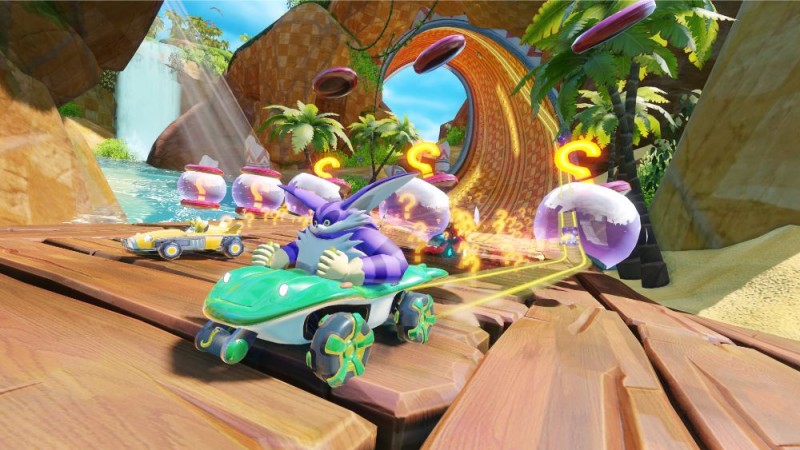 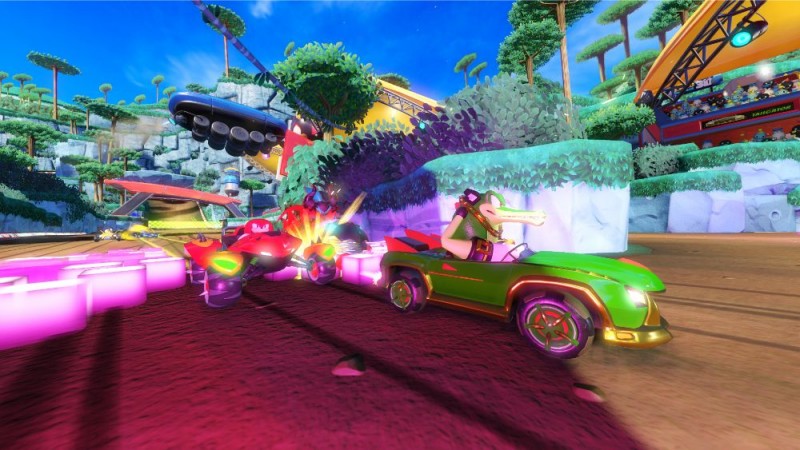 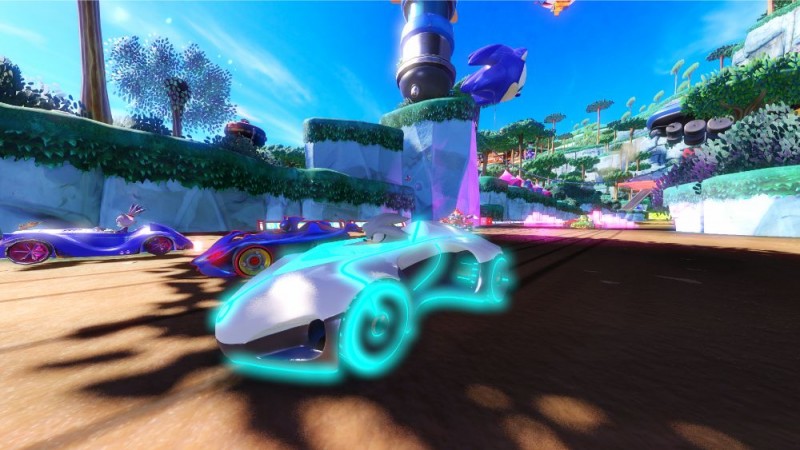 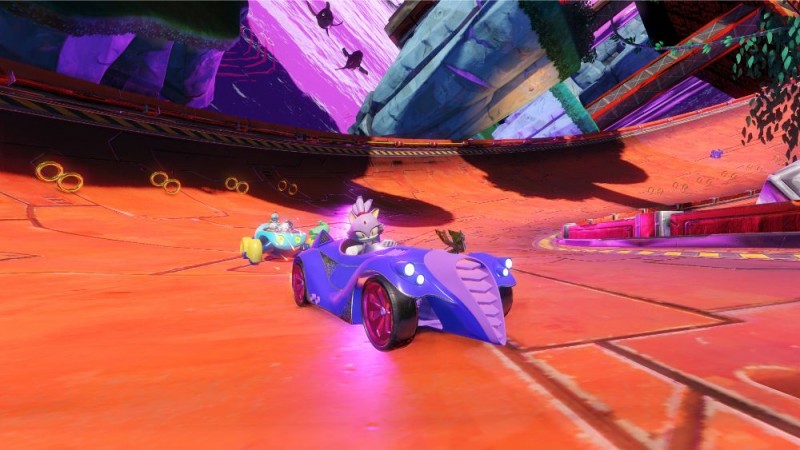 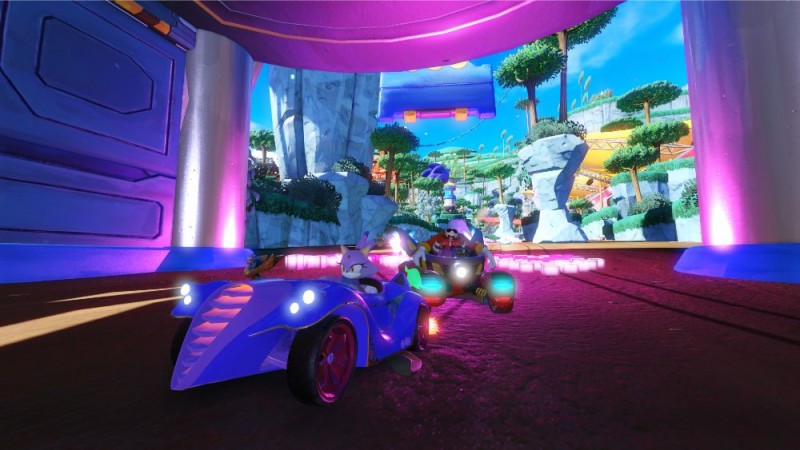 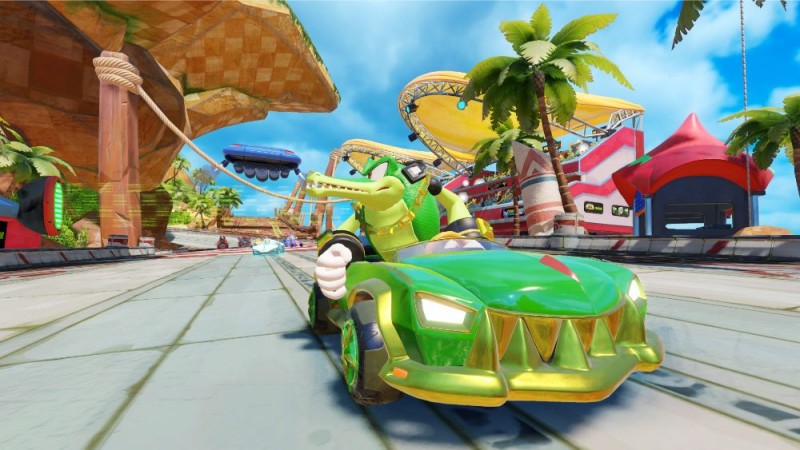 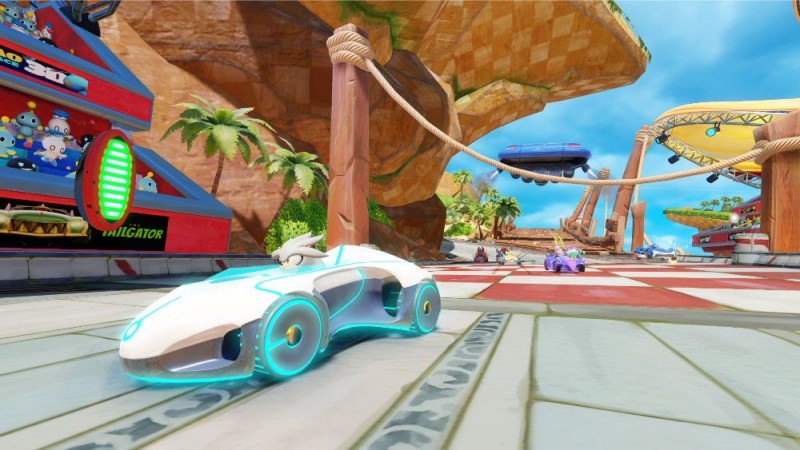 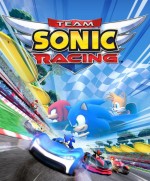