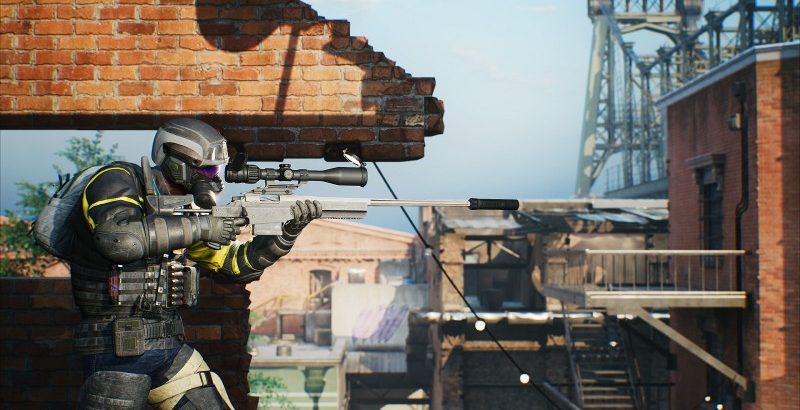 Redhill Games’ Nine To Five is now available on Steam Early Access if you’re looking to try out the tactical shooter that shakes up the formula with small, scrappy team fights. If you’re looking for something that feels a lot like the common core of Counterstrike but with smaller teams, more teams in each match, and considerably more intel available before taking action, Nine To Five might be one to take a look at.

Instead of the popular 5v5 or 6v6 formats that make up the standard in most shooter maps, Nine To Five centers on 3v3v3 gameplay, meaning if you’re the last left alive on a team, you can make a quick exit and hope the other two teams tear each other to pieces, leaving you to clean house on a final target. Of course, everything is objective-based, so securing the position fast and taking a critical point can mean a quick win, while the opponents hope that you get into a skirmish first before acting. Decisions, decisions!

Gun modding is a huge part of Nine To Five, and you can tweak the dials on damage, accuracy, range, and a host of other numbers on weapons, letting you play around with bizarre and powerful takes on the core weapons you expect in a tactical shooter. Shotguns, automatic rifles, sniper rifles, and the rest of the standard fare are all available for tweaking and tuning.

Unlike the 3v3v3 mechanics that change up gameplay considerably (for better or worse) than many other shooters occupying the same subgenre, drone usage is a big thing. Players all have drones they can use to scout areas or even set up to overlook a position. Have a great sniper roost with only one entry point? Set up your drone behind you, and you will know exactly when an enemy is on the approach and can swivel around and take them out. However, drones are fragile and easily destroyed, so scout and set up with caution! Also, we all know how boring it can be when you’re dead, and you have to wait around for your allies to complete the match to move on. Well, now you can actively help your teammates while dead by taking control of a drone and doing some more recon! These drones add a highly significant factor to gameplay and can easily be as important as quality aim.

Does the 3v3v3 format interest you? Do you like checking out games in early access or waiting for launch? Let us know in the comments!