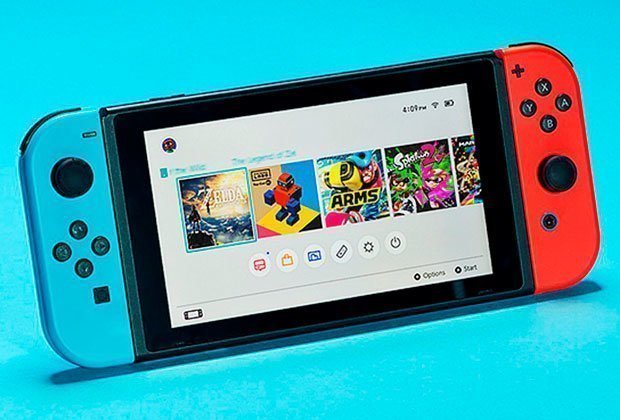 This week, Nintendo announced plans to release a new revision of the Switch hardware later in 2019.

The Switch Lite is slated for release on September 20, and the new machine will operate purely as a handheld device.

Nintendo has revealed that the Switch Lite will drop any sort of HDMI capability, meaning there will be no Dock with the console, and no way of playing it on your TV – but the machine will be cheaper, and come with longer battery life than the original console.

You can read everything you need to know about the console at the link above.

But that new console release isn’t the only Switch update we’re seeing this year – apparently, the company is also making stealth revisions to the previous Switch hardware, too.

Thanks to various reports (most notably FCC filings that were initially posted over on The Verge), it seems that Nintendo is planning on replacing various components in the core Switch console with newer, better elements.

As per the reports, Nintendo has filed a Class 2 Permission Change suggesting that the hardware may be set for revisions in two key areas.

Prepare for a bit of jargon – it looks like Nintendo intends to alter the SoC (system on chip), and memory.

The SoC is referring the Tegra chipset that the Switch is built on (and which we’ve reported Nintendo is looking at replacing before), so the long-rumoured Tegra X1 could finally be coming to Switch hardware in new console iterations.

Nintendo is likely doing this to safeguard new models and prevent issues with legacy hardware as it produces more and more units to meet the incredible demand the console has seen over the past few years.

Will there be any realistic difference between the Switch that you have now, or that you picked up over the last few years and the Switch consoles that will have the updated hardware?

To be honest, no. This will be a move to change the production pipeline of the hardware, rather than make the Switch more powerful or alter its internal configuration too much.

Any proper changes will likely come from the Switch Pro that may or may not be in development – but just don’t expect it to see a release in 2019.

“[Nintendo Switch Lite] will be the only new Nintendo Switch hardware this holiday, as Bowser says the larger Switch won’t get an upgrade right now,” CNET noted in its piece on the Lite. That’s not a refusal that the hardware exists, just that it’s not coming soon… stay tuned for more on that in the coming months.