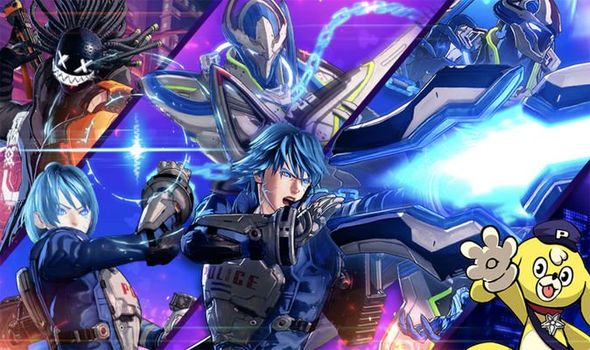 Nintendo has thrown Super Smash Bros Ultimate fans a bit of a curveball ahead of the final Fighters Pass 1 DLC reveal. The official Smash Bros website confirms that the fifth DLC character will launch by February 2020, which means an imminent reveal is expected. While fans overwhelmingly believe Waluigi will be added to the game soon, Nintendo may have other plans.

As part of this week’s ‘Chain the Future to Spirits’ in-game event, Nintendo will add new Spirits based on Astral Chain characters.

Kicking off on January 17 for five days, the event was announced on the Nintendo Versus Twitter account.

“Starting on 1/17 for 5 days, the #SmashBrosUltimate spirit event “Chain the Future to Spirits!” will be held,” a tweet reads. “Neuron’s newest recruits, as well as Kyle and Lappy will invade the Spirit Board! Don’t miss out!”

While the Astral Chain characters won’t be playable, it’s possible Nintendo is laying the groundwork for their introduction as new DLC.

Nintendo cult favourite Waluigi is the overwhelming favourite with readers, earning nearly 1,700 votes and a third of the overall share.

Crash Bandicoot and Master Chief are the next favourites, followed by Doomguy, Minecraft’s Steve and Phoenix Wright.

Not only is Waluigi favourite among readers, but the popular character is also subject of the latest Smash Bros DLC rumours.

The rumours gained traction after video producer Brian David Gilbert campaigned for a game dedicated to the cult favourite character.

Nintendo CEO Doug Bowser would reply to the video with a clapping emoji and purple heart, which suggests we’ll see more from Waluigi soon.

With the last Nintendo Indie stream taking place in December 2019, all signs point towards an imminent Direct.

Likewise, a new GameStop leak suggests that Nintendo will announce upwards of a dozen new games during the January 2020 presentation. This includes a surprise Switch port for Metro Exodus.