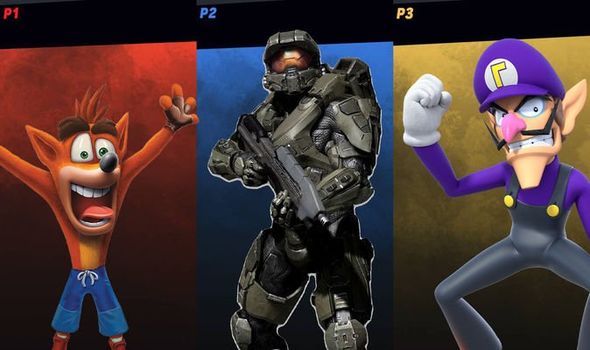 Nintendo is keeping fans guessing about the identity of the fifth and final new character launching with the current Super Smash Bros Ultimate Fighters Pass. Nintendo is expected to follow the recent Pokemon conference with a full Direct presentation later this month. And it’s during the January 2020 Direct when Nintendo Switch fans should finally find out who’s next for Smash Bros Ultimate.

He joins Joker from the Persona series, Hero from various Dragon Quest games, and Banjo & Kazooie. Piranha Plant also launched as DLC, although not as part of the Fighters Pass.

According to the official game website, the final Smash Bros DLC character will launch by February 2020, which means an imminent reveal is all but guaranteed.

Nintendo cult favourite Waluigi is the overwhelming favourite with readers, earning nearly 1,700 votes and a third of the overall share.

Crash Bandicoot and Master Chief are the next favourites, followed by Doomguy, Minecraft’s Steve and Phoenix Wright.

You can see the full poll results below…

Not only is Waluigi favourite among readers, but the popular character is also subject of the latest Smash Bros DLC rumours.

The rumours gained traction after video producer Brian David Gilbert campaigned for a game dedicated to the cult favourite character.

Nintendo CEO Doug Bowser would reply to the video with a clapping emoji and purple heart, which suggests we’ll see more from Waluigi soon.

With the last Nintendo Indie stream taking place in December 2019, all signs point towards an imminent Direct.

Likewise, a new GameStop leak suggests that Nintendo will announce upwards of a dozen new games during the January 2020 presentation. This includes a surprise Switch port for Metro Exodus.