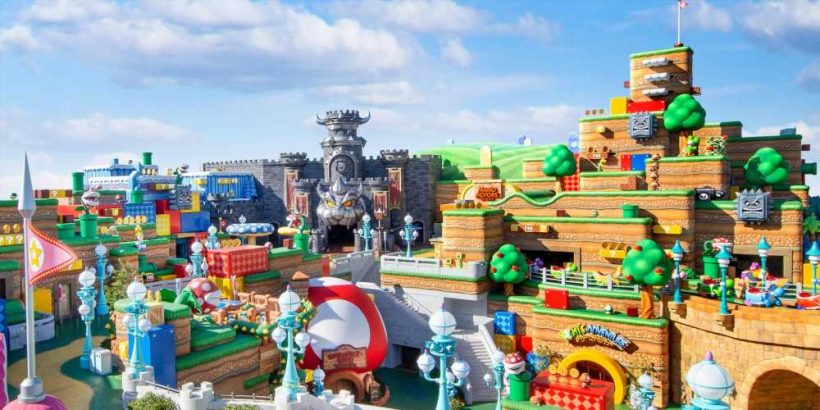 Confirmed via the official Universal Studios Hollywood Twitter account, the announcement also included the reveal of a new Feature Presentation store in which exclusive merch will soon be available for purchase. Universal Studios doesn’t specify when this store will open, but promises that it will be “opening soon.”

We can likely assume that Hollywood’s Super Nintendo World location will be fairly similar to the one in Japan, although it will likely have a different layout. Hollywood’s location also may not feature the same rides or areas, as the one in Japan has been around for longer and is much bigger. For example, a Donkey Kong expansion has been confirmed for the location in Japan, but it’s unknown whether it’s being built in Hollywood as well.

The park in Hollywood was apparently always planned to be a bit smaller in scale, and as a result, tickets are much cheaper than tickets for the park in Japan. Super Nintendo World in Hollywood will still feature a lot of rides and amusements that most Nintendo fans will get a kick out of, just be aware it might not be as expansive as the pictures and videos coming out of Japan.

One ride that is guaranteed to be included in the Hollywood location is the Mario Kart ride, as Bowser’s Castle – the place where the ride is housed – was spotted under construction last year. The ride takes passengers on a guided track through a typical Mario Kart race but uses augmented reality goggles for an enhanced experience. In fact, the ride was actually designed like a game so updates and more characters could be added in the future. Pretty neat.