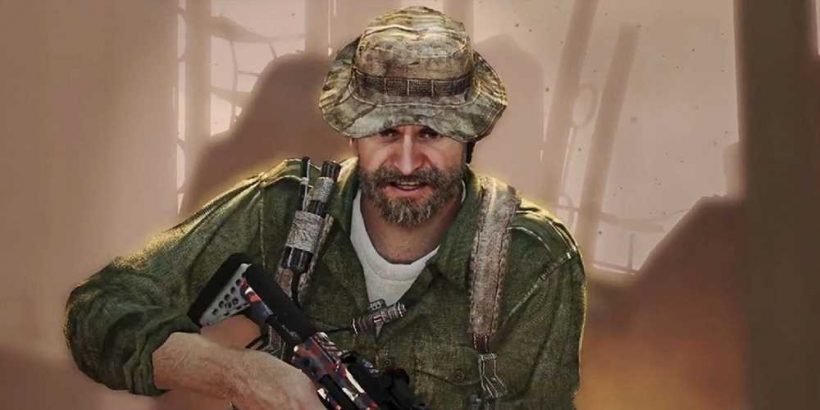 Whether you're after buff gods, dadbods, himbos, or anything in between, there's been no shortage of hot guys in gaming recently. Chris Redfield is a longtime favourite, but more modern contenders include Takemura from Cyberpunk 2077, and Red Dead Redemption's Arthur Morgan. Really, we've all been spoiled lately.

However, a study into which one is the hottest of them all has yielded controversial results. According to the weird methodology used in the investigation, the best looking guy gaming has to offer is… Captain John Price. Yeah, the guy from Modern Warfare. Needless to say, this has left many – quite vocally – disagreeing with these findings, and putting forward their own contenders for the hottest man in video games.

The initial study was reported by Game Rant, and has attracted quite a lot of attention online. The replies are full of thirst trap-esque pictures of other gaming icons, with fans arguing that they are indeed the best looking of the bunch.

Resident Evil fans in particular are making sure their voices are heard, putting Leon and Chris forward as possible contenders. And given their appearances in recent titles, it's hard to argue with them.

Some suggestions are a little more out there, like Pokemon X & Y's Wulfric. While he may not be what you'd expect to see in the thread, he definitely has his fans. And honestly, it's nice seeing a bit of variety thrown into the mix.

Somehow, no one seems to have mentioned the actual winner: Thor from God of War Ragnarok. Or maybe we can't vote for characters from a game that hasn't been released yet? I'll forgive you all, for now. That still doesn't excuse the fact that I can only find one vote for Geralt, however.

Funnily enough, the methodology of random people arguing online is actually way better than what the study used. The initial results came from getting a handful of popular gaming characters, and seeing how well they fit the "golden ratio". Less than 50 candidates were chosen, simply looking up iconic game characters, and using images of them. This, however, meant excluding characters like Doomguy who never take their helmet off. Which is daft, because plenty will find him fit. They also had to rule out a lot of female characters, because the algorithm couldn't detect their faces.