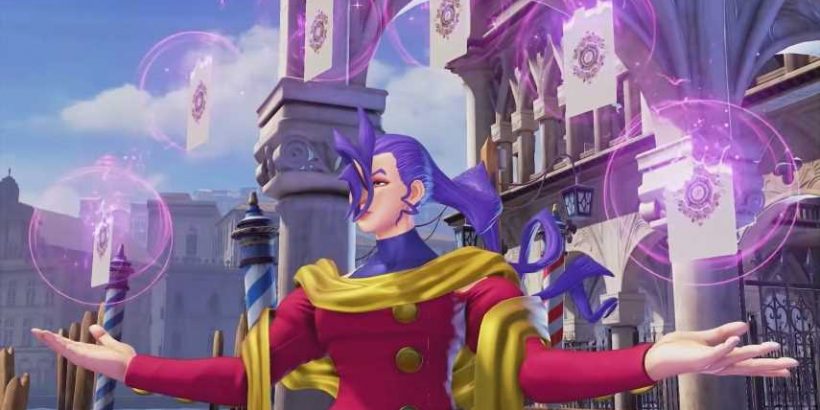 Street Fighter 5’s final season is rolling on, and Rose is finally available in everyone’s favourite fighting game that lacks good netcode. Rose is the legendary mystic that has always been interesting to play, but her appearance in SF5 might be her most interesting incarnation yet.

In this game Rose has two powerful V-Triggers, in addition to a variety of moves that make full use of SF5’s new juggle mechanics that have been introduced this season. She’s tricky to play at first, but she soon opens up the doors to dozens of combo paths.

Rose has a lot of special and unique moves to learn and use, and we’re going to breaking them all down in this guide. We’re going to explain how to perform each and every move she has, and then make you understand why it can be useful in battle. Just read below for everything you need to know. 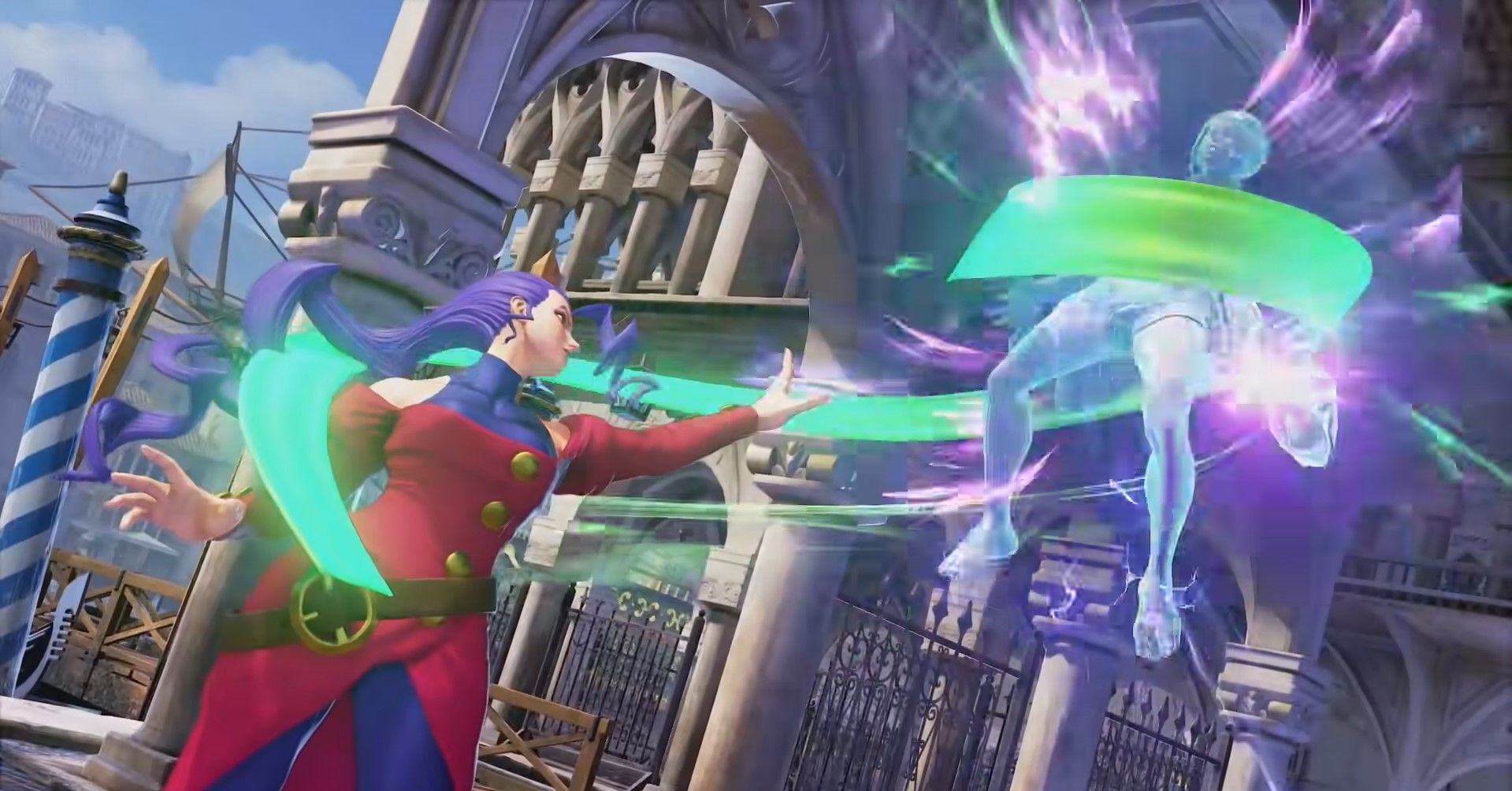 Soul Spark is a standard projectile attack, and it shares similar properties to the Hadouken. The EX version comes with two hits, and can send your opponent into an airborne juggle state. It can also be used in the air, with differently angled projectiles depending on which Punch button you use to execute the attack. You can only execute this move in the air while neutral jumping, or jumping forward. You can combo into it from medium aerial punch.

Soul Punish allows Rose to place a projectile on the field that will detonate over time, with the Light version of this attack placing a close projectile, and a Heavy version placing a distant one. You can time the detonation of these projectiles to extend your combos. The EX version sends you opponent airborne, opening up for combos, or a Soul Bind.

The Soul Bind is performed with a Shoryuken motion, and while this is an anti-air, it’s not like a standard DP. This is actually an aerial command grab, and will instantly take any opponent hovering vaguely in front of Rose. This is a perfect finisher for many of Rose’s other moves that send opponents into the air. The EX version of this move will end in a wall bounce, which can easily be linked into Soul Spiral.

Soul Spiral is a swift close-range attack that acts as the perfect finisher for many of your bread-and-butter combos. This isn’t too special, but the EX version can be used to push your opponent back into a corner. 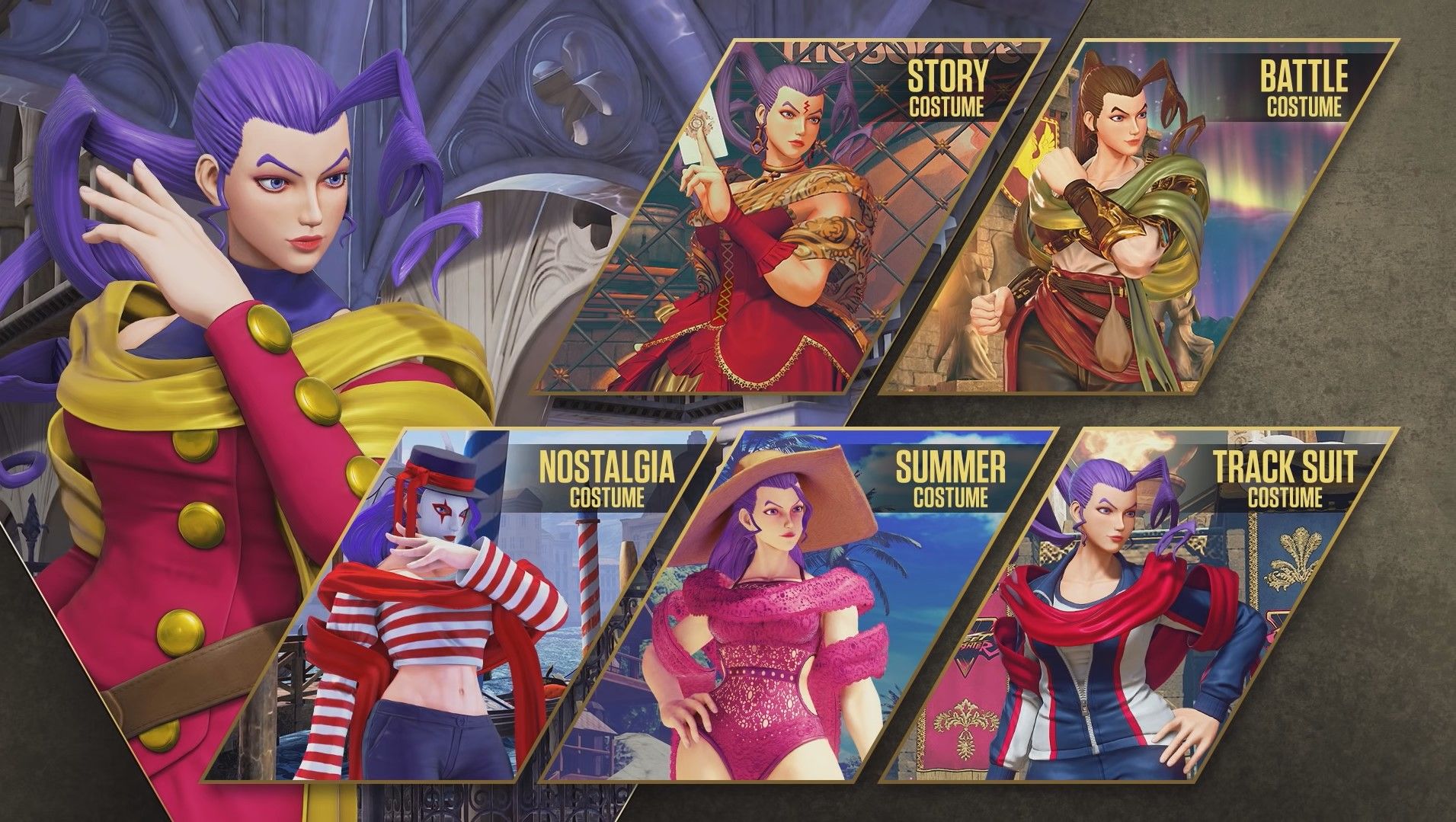 This is a quick poke that’ll reach longer than you may think, though isn’t good for starting combos unless you set up something in advance, such as Soul Illusion or Soul Punish.

This is a beautiful slide forward that can easily clear under projectiles, and tap anyone not guarding their feet. Combined with Soul Illusion or Soul Punish, this can start big combos.

Rose is evidentaly all about this kicks, as here’s another. This is a wonderful poke, as it pushes Rose forward slightly, and hits much further than your opponent will be expecting. Excellent for shaking up a stale footsies game.

This is the Soul Piede combo we mentioned before, and it is incredibly effective. 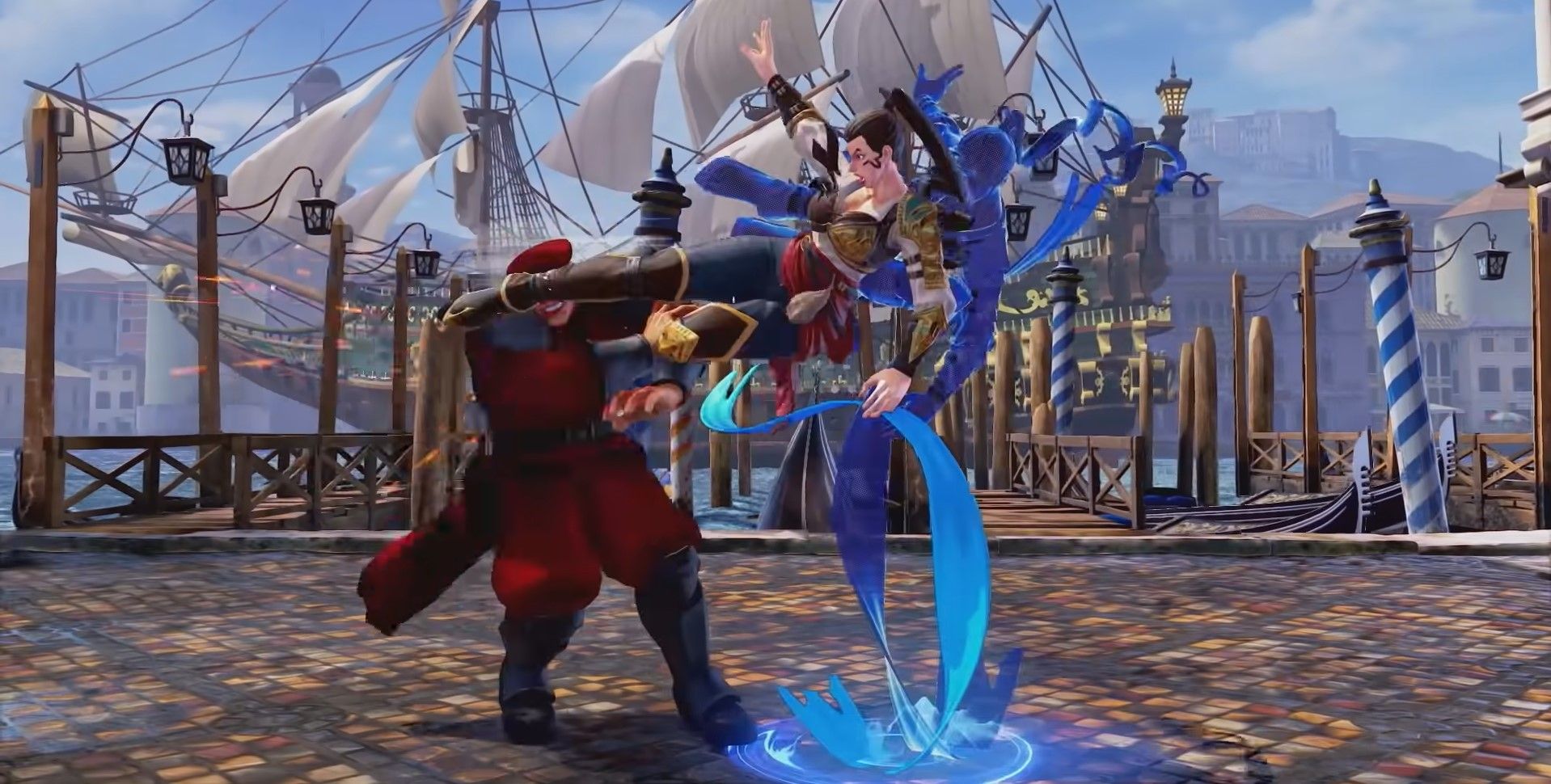 Soul Illusion essentially sees Rose summon a Jojo’s Bizarre Adventure-style stand, which will follow every move she makes, just a split second after, this means your opponents suffer far more hit stun, allowing you to get creative and execute some truly terrifying combos. Rose will be pushed back on hit further than often in this mode, and scaling will be high, but if you stay close with moves like the Slide and Soul Pilastro you will be able to rack up dozens of hits in a single combo.

This is Rose’s most unique move in the game. The Soul Fortune allows Rose to toss Tarot cards around, each with their own effects. Here’s a list of Rose’s Tarot Cards.

The Red and White cards Rose uses on herself, while the Purple and Green cards are thrown at the opponent, though they cannot be blocked. Rose can change which card she has available by holding down while using her V-Skill. 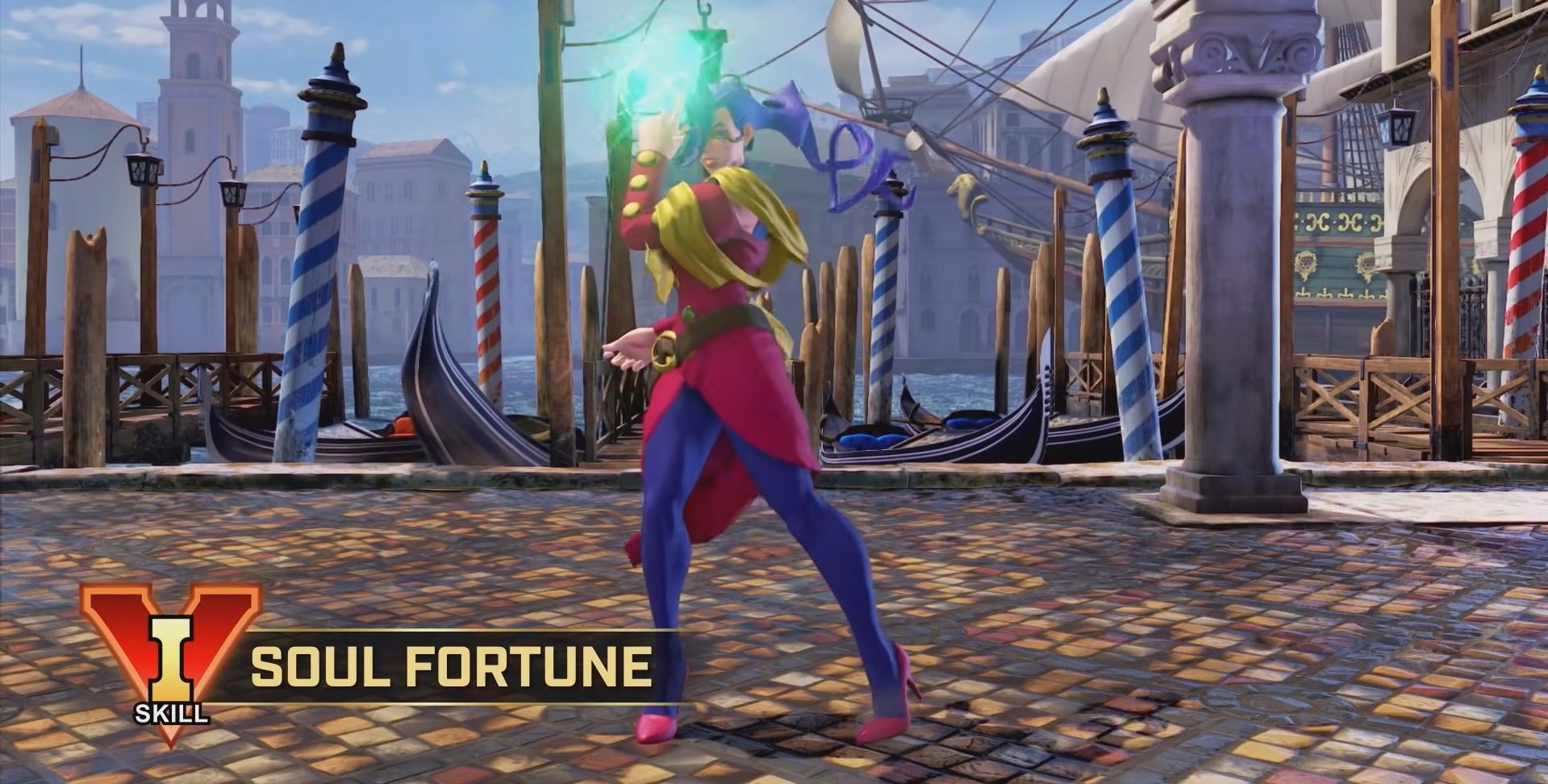 The Soul Satellite V-Skill is just another way for Rose to extend her variety of combos. She can summon up to two orbs to surround her, similar to Menat’s various projectiles. Time your combos well and you can use these to extend them far beyond their normal length. Since you can pull your Soul Satellite out at any point and there’s no drawback, it’s very tempting to keep using it. And you should. 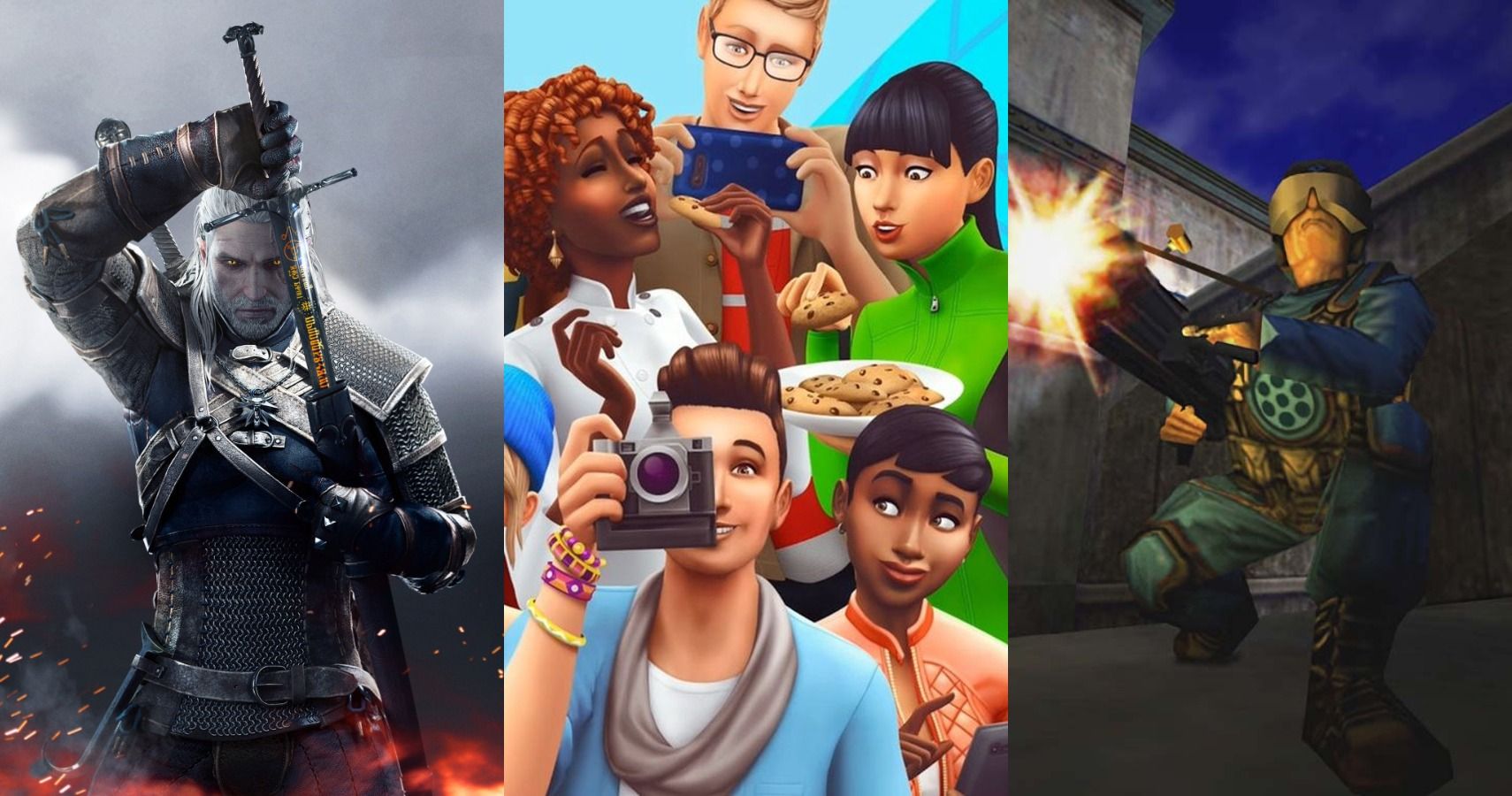