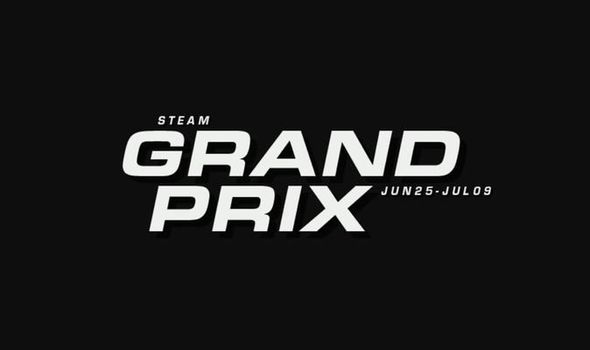 Downloading free games from Steam is usually a straight-forward process of finding the right Store Page in time.

However, Valve is now offering gamers a new way to do it during the Steam Summer Sale, and it isn’t the easiest event to get your head around.

As many fans will already know, the Steam Summer Sale event has begun and is set to run until July 7, 2019.

And part of the new event includes Valve providing a new way for gamers to claim free games on Steam.

This is being made possible by taking part in the Steam Grand Prix, a new event that holds the key to new games being added to your library.

The Grand Prix tasks fans with joining one of a number of teams, all fronted by a different animal.

You can boost your team’s chances by earning points, which is done through completing quests and earning achievements from games in your library.

These points can be spent at the Pit Stop, while shopping the Summer Sale can also bag you a lot of them.

The next two weeks will see a new race start every day, followed by contributors having a random chance of earning a free game.

It’s all a little complicated and makes the metagame hard to follow, especially if you’re hoping to be one of the lucky few who gets a freebie.

Here’s more from Valve, who confirmed in a new post: “Choose your team from a selection of five fabulous racers: tortoise, hare, cockatiel, pig, and corgi, each with their own unique style of vehicle.

“Compete with your rival teams to earn points by participating in quests or earning achievements from games in your library.

So the best chance of earning a free game is by being part of one of the winning teams at the end. Another thing to know is that the game which is chosen will be selected via the Wishlist system.

That’s because the very best drivers will be awarded their Most Wished For games throughout the event. The race is on to earn those free Steam Games and fans can have a quick look at some of the most important rules to the Grand Prix below:

Complete Grand Prix Quests in your Steam games to earn points. Each point you earn can be used to advance your team in the race when you Boost. Go the distance! The more points you use to boost your team, the more Nitro you contribute.

Boost your team in each day’s race to the finish

One time use attacks are dropped upon Boosting, with a 1-in-4 chance of receiving one (per full Boost). Coordinate timed Attacks with other drivers and together you’ll decrease your target’s Team Boost level. 100 stolen Nitro will result in a 0.1x decrease to a team’s speed.

You’ll earn Grand Prix tokens for the points you contribute to your team. Redeem your tokens for chat emoticons, profile backgrounds, and more in the Grand Prix Pit Stop.

Win team rewards when you place in each race