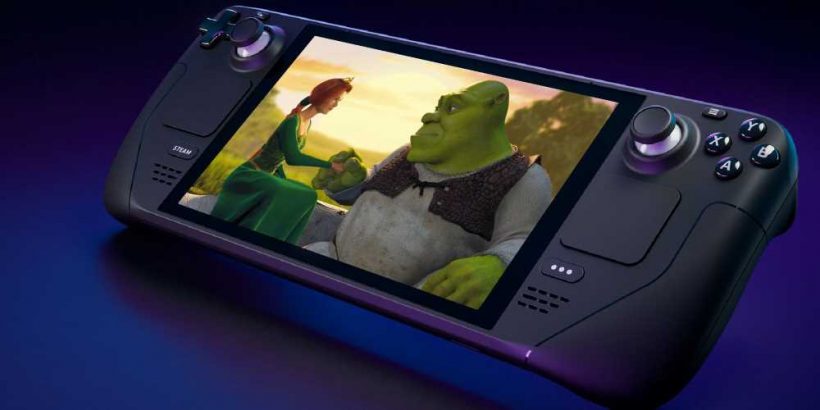 As more Steam Decks find their way out into the world, the console's abilities and limits continue to be tested. The latest trick is creating a custom boot-up screen for the console. That hasn't gone to plan for everyone as one Deck owner accidentally made their startup screen 90 minutes of Shrek.

Thestephens8789 shared their mistake on Reddit (thanks, Dexerto) and people have been having a field day with it. “I've set my boot video to Shrek and now I can't use my Steam Deck until it's over,” they write, the “Help!!” beforehand suggesting this wasn't an intentional move. Perhaps they were just trying to be met with Shrek bursting out of his outhouse to Smash Mouth every time they booted up.

Since you have to wait until the boot-up screen has finished doing its thing, the only way to move past the mistake is to watch all 90 minutes of Dreamworks' biggest hit. You can't even turn the Deck off and start again because guess what? That'll just start the movie over. You can only change the boot-up screen once the console is ready to go, so this particular Steam Deck owner must watch Shrek in its entirety.

Honestly, that's not the worst thing in the world. Unless you accidentally restart the console once the movie is over and have to start it over again. Or if you let the battery run out while the movie is playing, something a number of replies have tried to warn the proud owner of what has been dubbed the Shrek Deck, or the Steam Shrek, about. Others have suggested extending the bootup screen so that it includes more Shrek movies which in turn has kicked off an argument over whether Shrek the Third is good or not.

If you've been waiting for the Steam Deck hype to die down, now might be the best time to buy one. The wait time is as little as one to two weeks in some parts of the world. Just don't make a whole movie your boot-up screen if you actually want to use it to play games.