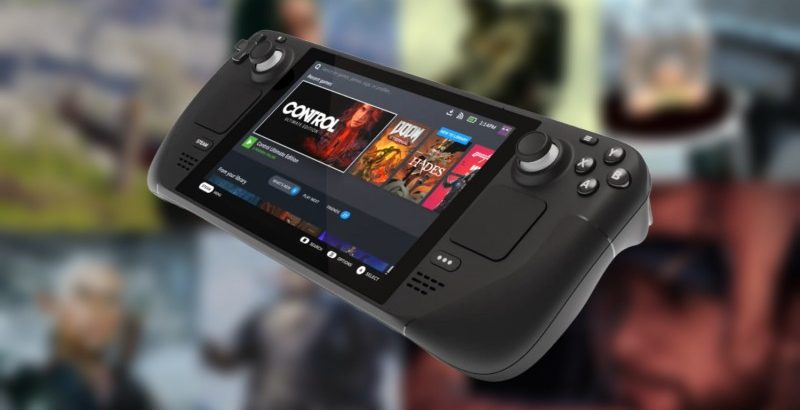 The Steam Deck gets compared to the Nintendo Switch a lot, but unlike the Switch, there are no color variations. Yet. Valve has confirmed that when the handheld PC platform launches later this December, the company will monitor the reception closely to look at where the next steps for the Deck go next. With several options available with various internal storage options, the ‘ol razzle dazzle could come into play if enough people want it.

In a recent interview with the folks over at PC Gamer, Greg Coomer and Tucker Spoffword, both of which worked as designers on the Steam Deck, said that different color options had been a hot topic internally. Coomer mentioned that there was a lot of fun talking about what sort of creative direction the team could take the Deck, “even discussions like ‘well, can we have lots of colors?’ We had all those discussions. We are continuing to have those now.”

So if this is something that the design team was interested in so heavily, why wait? According to Coomer, the decision to launch with just the standard grey and black was “logistical” in nature. “Having a lot of SKUs in the market is just a lot more complicated. There isn’t really a better reason than that for right now.”

He added, saying, “We might do a lot more with that in the future; if this gets off the ground the way we hope it does, there’s just tons of opportunity to do that later.”

If you’re interested in learning more about the Steam Deck, check out the announcement right here! If you’re already planning on investing a ton of game time on the platform, be sure to also check out our gaming recommendations list here specifically for Valve’s latest venture.