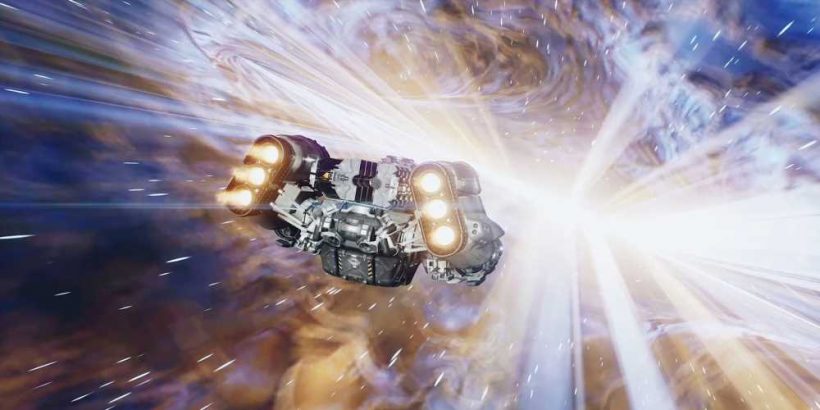 Video game collaborations with food and beverage brands have never really made any sense. What's the connection between a shooter and a packet of nachos? Nothing. What about a futuristic RPG and an energy drink? Still nothing. However, once in a while a collaboration that makes sense will pop up – and it may or may not be ironic.

The same way your spaceship requires fuel to explore 1,000 planets, your body needs fuel to stay awake while exploring those planets if they aren't interesting enough. So, it only makes sense that Bethesda would collaborate with Rockstar Energy for a line of Starfield cans. The collab was leaked via an image on Reddit, posted by Macky941, who claims that they are "testing samples" (thanks, GameRant).

From what we can glean via the image, at least one of the flavours will be Honeydew Melon, which actually sounds pretty good for once. The can design looks pretty nice too, sticking with Starfield's branding of white, black, and grey – which is also the colour scheme of every indoor sequence we witnessed during the Xbox and Bethesda showcase.

As always, it appears that the collaboration will also offer some kind of in-game reward for those who purchase these cans. The "Enter Tab Codes To Score" message seen on the can means that those who get their hands on the can will probably be able to score some exclusive in-game weapon, suit component, spaceship part, or something else we don't know about yet.

Jokes aside, Starfield is set to have over 1,000 planets over hundreds of systems. As impressive as that sounds, it also sounds like a lot of work for the devs. However, Todd Howard has clarified on how the procedural generation of these planets works. "I should also add that we have done more handcrafting in this game, content-wise, than any game we've done," he said.

"We're [at] over 200,000 lines of dialogue, so we still do a lot of handcrafting and if people just want to do what they're used to in our games, and follow a main quest, and do the questlines, you're gonna see what you'd expect from us."