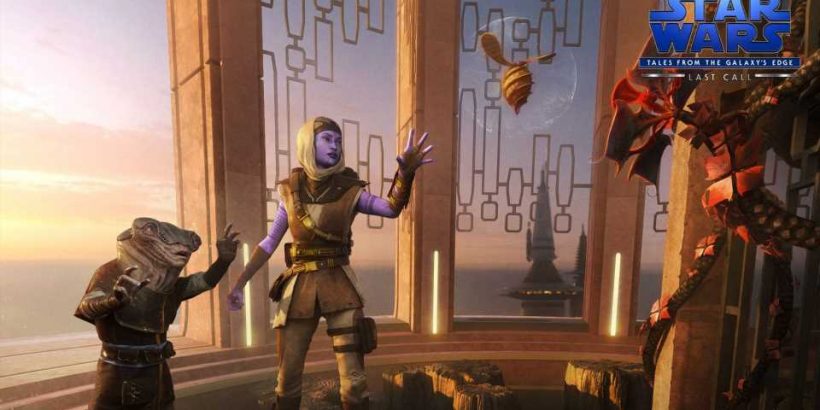 Nearly a year after the launch of its first part, Star Wars: Tales From The Galaxy’s Edge – Last Call has a release date and price.

The follow-up adventure to ILMxLAB’s compilation of short, interactive VR stories arrives on September 15. It’ll cost $9.99 as a standalone package, or you can get the full game with both parts for $34.99. Check out the trailer announcing the release date below.

Last Call will feature yet more stories to discover. Taking refuge on the planet of Batuu — the same planet featured in the Star Wars: Galaxy’s Edge Disney park attraction — players live out tales from across the galaxy and take part in their own adventures. This installment will feature two new tales, including the chance to control iconic bounty hunter droid, IG-88, and the continuation of Jedi Knight Ady-Sun Zee’s story from the first part.

You’ll also have new puzzles to solve and have a run-in with the First Order. Plus there’s the return of C-3PO (voiced by Antony Daniels himself) and R2-D2 who, unsurprisingly, is not voiced by anyone.

We thought the first part of Tales from the Galaxy’s Edge was good, but on the short side. “This is the kind of VR game you buy for the source material and end up spending time with for, well, the source material,” we said, awarding the game a ‘Good’ rating. “Ultimately it’s a fun, simple proof of concept that feels like a preview for a larger game that doesn’t exist (yet).”