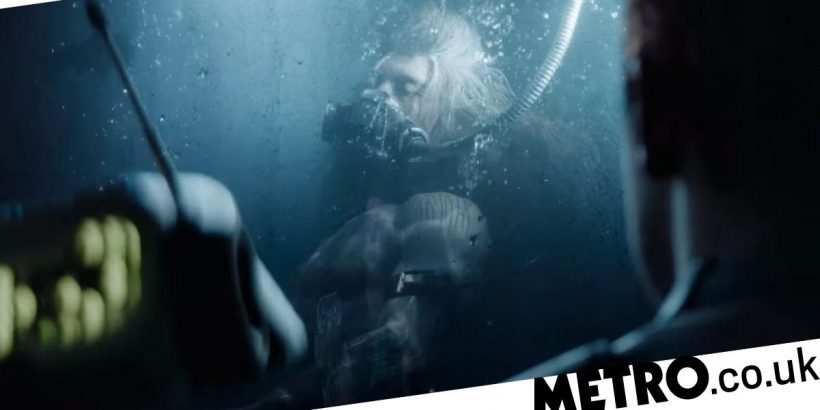 Lucasfilm Gaming has confirmed a few more details about the sequel to Fallen Order, but not who that is in the bacta tank from the trailer.

The Star Wars Celebration event over the weekend may have premiered a number of new Star Wars TV shows (many weren’t made public but The Mandalorian Series 3 and Ahsoka ones have already been leaked, if you google for them) but there was really only one for video games.

Star Wars Jedi: Survivor is the sequel to Fallen Order 2 but despite releasing the trailer almost nothing was revealed about the game, with an update today being the first to confirm that it is next gen only, i.e. it’ll only be released on Xbox Series X/S, PlayStation 5, and PC.

The biggest question though is who that is in the bacta tank, with many fans beginning to think that the survivor of the title is the character in the tank, not protagonist Cal Kestis.

Initial theories included a Palpatine clone and Omega from The Bad Batch, since it’s not really clear whether the character is male or female. The most popular suggestion at the moment though is Starkiller from Star Wars: The Force Unleashed.

The problem with that theory is that The Force Unleashed is no longer canon and while this could be a way to bring Darth Vader’s secret apprentice back to the franchise his convoluted backstory would need a lot of explaining.

One other possibility though, is that it’s a character from the Knights Of The Old Republic era. Bacta is usually used to accelerate healing, as seen when Luke Skywalker is dunked in it at the beginning of The Empire Strikes Back, but similar looking tanks are also used for a variety of uses in Star Wars, such as cloning (at the beginning of The Rise Of Skywalker) and, it can be assumed, cryogenic storage.

The facility certainly looks old and it may well be that Cal has stumbled upon a veteran of the Old Republic, or perhaps the relatively more recent High Republic era that Lucasfilm is currently pushing in ancillary media.

The final alternative is that it’s simply a clone of someone from the first game, perhaps even Cal himself. Although at first glance the tank seems to be in an old, rundown facility a lot of the greenery actually looks like seaweed. Which could suggest that this is the cloning facilities on the water planet of Kamino, whose post-prequels fate is explored in The Bad Batch animated series.

Whether the character will be revealed before the game’s release next year remains to be seen but the official information so far is extremely vague, with Lucasfilm promising only that the game will ‘expand on the series’ dynamic combat in new and innovative ways. In order to survive, Cal must learn new skills and grow his connection with the Force.’

The only interview that director Stig Asmussen has done so far is a fluff piece for the official Star Wars website, which says essentially nothing, other than implying the game will have a darker tone than the first one.

‘They are in dark times, and Cal and the crew are doing whatever it takes to stay alive. That might mean that they are making connections with people that, in other times, might be considered unsavoury’, reveals Asmussen.

The only other video game announcement at Star Wars Celebration was a Nintendo Switch port of Knights Of The Old Republic 2.

Like the original released last year it won’t be enhanced in any way, although there is a remake of the first game on the way for PlayStation 5. Which is further proof that Lucasfilm is keen to make the era and its characters more mainstream.