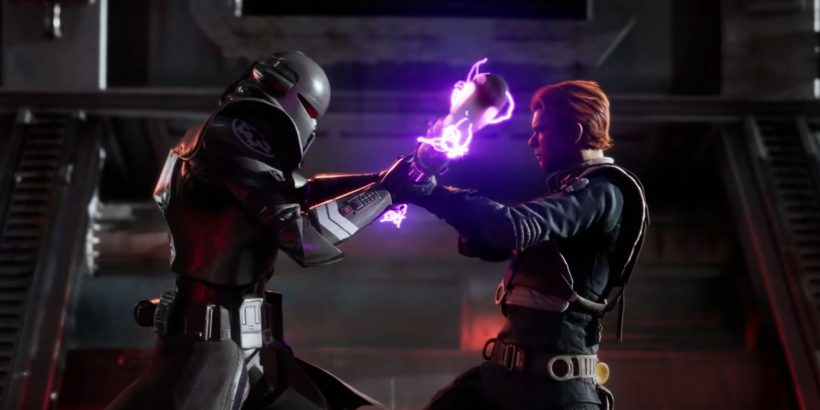 The same insider that brought us the name of Star Wars Jedi: Fallen Order's sequel is now also bringing us a release window.

VentureBeat's Jeff Grubb took to Twitter yesterday to correct a fan's speculation on what day one Game Pass releases might come this holiday season. When Star Wars Jedi: Survivor came up, Grubb corrected them to confirm the game's release date: "Jedi Survivor is February or March."

Grubb only just revealed the name of the Fallen Order sequel in the most recent episode of his Grubbsnax premium vidcast. Teasing his viewers with new info, he asked the chat to guess on Star Wars Jedi: Fallen Order 2's name. When someone wrote "survivor," Grubb beamed affirmations.

Before that, Grubb has been a wellspring of information regarding EA's future plans. He's previously said Jedi: Survivor won't release until 2023, and also stated it will be for current-gen consoles only. We should note that EA hasn't confirmed any of this information.

However, EA has confirmed it plans to release four unannounced titles in 2023. Star Wars Jedi: Survivor is widely expected to be one of those games.

EA has been making quite a few headlines lately. Just a few days ago, FIFA and EA announced the end of their 28-year partnership, with FIFA 23 to be the last of the franchise. After that, EA plans to change its soccer game's brand to EA Sports FC, which drops the FIFA moniker in favor of over 300 individual licenses with football teams, players, and organizations around the world.

Just yesterday, EA's racing studios Criterion and Codemasters said they're joining forces on the next Need for Speed game, while the Dead Space remake received a release date of January 27, 2023. Next year might be EA’s spiciest yet.