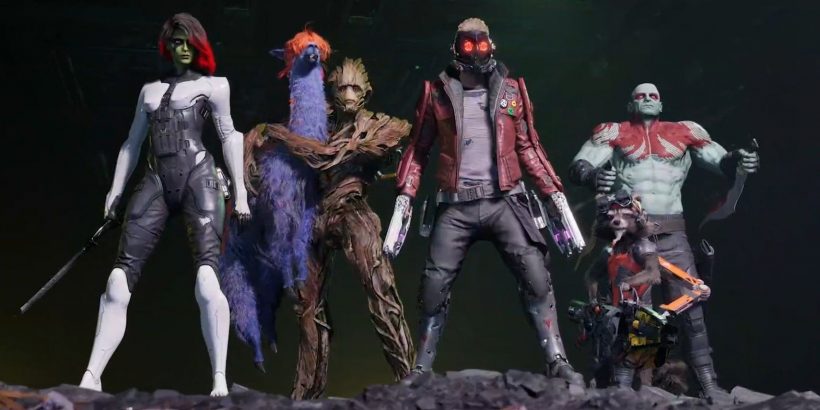 Square Enix will publish yet another Marvel property in the wake of its Marvel’s Avengers launch. Eidos is working on a new Marvel title, bringing Guardians of the Galaxy to PC, PS4, PS5, Xbox Series X/S, and Xbox One on October 26, 2021.

It looks like some of the rumors from earlier this year are true, after industry insider Jeff Grubb reported that Square Enix may be working on yet another Marvel game. Rumors have swirled around Square’s next superhero title, and during its E3 showcase the developer finally shared its first official look at the game.

During the trailer, Square Enix revealed you’ll play as Starlord, accompanied by some of his most notable companions like Rocket Raccoon, Groot, Mantis, Drax, and Gamora. It looks like it’ll be a singleplayer game more in tune with games like Mass Effect, so something that’s a far cry from last year’s Avengers. In Square’s peak at the game, we saw the superhero squad make their way to an encounter with Lady Hellbender.

So far, we know that Guardians of the Galaxy won’t be a service game, and it’ll include licensed music for Starlord to jam to via his trusty walkman as you explore. You can slow down time and use face buttons to ask squad members to use abilities – also like Mass Effect.

Last year, Square Enix launched its last Marvel property in the form of Marvel’s Avengers to middling reviews. The game continues to stay on track for its roadmap, launching new content updates with new superheroes like Black Panther. However, it appears to be struggling to stay afloat on Steam, and has seen its player count drop to zero on multiple occasions.