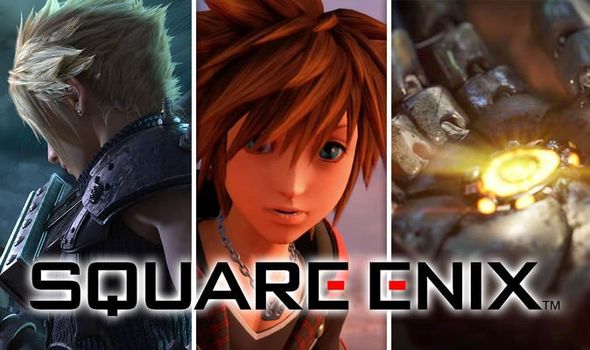 It looks like FF7 fans are finally set to receive some new details about the Final Fantasy 7 Remake after years of waiting.

The Final Fantasy 7 Remake was first announced back in 2015 at E3 with a gameplay trailer revealed later that year at PSX.

But since then news has been few and far between, with the only big update since a handful of new Final Fantasy 7 Remake screenshots released in 2017.

This looks like it’s all about to change soon though, with E3 2019 looking the place where Square Enix will reveal more on the Final Fantasy 7 Remake.

The first ever concert dedicated to Final Fantasy 7 is taking place around the time of E3 2019.

Final Fantasy VII A Symphonic Reunion will be taking place on June 9 at the Dolby Theatre in LA.

Fans have been left wondering whether this is a sign that news on the FF7 Remake could get unveiled at this event.

And FF7 fans have been left wondering whether this could be the same case with the upcoming Final Fantasy concert.

Responding to the news in a post on the FF7 Remake Reddit page, one fan said: “I don’t want to get ahead of myself, but considering the timing of this concert, the release of info around this time seems definite.”

Another posted: “We are definitely getting something at this event.”

The day after the Final Fantasy 7 concert takes place Square Enix will be holding their E3 2019 conference.

It’s possible the Final Fantasy 7 Remake could be teased during the concert with a bigger reveal during the E3 event.

In other Square Enix news, the first details of the Kingdom Hearts 3 DLC has been revealed.

This will basically act as the Final Mix version for KH3, with extra episodes and content for the PS4 and Xbox One game.

According to those that attended the concert, ReMIND will feature a secret episode, secret boss plus other extra episodes and bosses.

A release date and pricing for the highly anticipated DLC was not given.

Avengers Endgame is out right now in the cinemas and is smashing box office records around the world.

Seeing the epic follow-up to Infinity War may leave plenty of Marvel fans wishing to dive into a new comic-book game.

While there’s Spider-Man out on the PS4, there is one upcoming title that would have been perfect to play after walking out of a screening of Endgame.

Square Enix’s Avengers game was announced back in January 2017, with it seeming perfect to get released around the time of the new Avengers movie.

But since a teaser trailer was released over two years ago there’s been no official updates on it.

However, fans could possibly get a big update on the Avengers game during the Square Enix E3 conference.

And ahead of the E3 event new details on the Avengers game look to have been revealed in a job listing from the game’s developer Crystal Dynamics.

As revealed in a post on ResetEra, the Square Enix Avengers game is going to be a third-person action adventure.

The job listing mentions: “Design responsibilities include but are not limited to Enemy AI, combat behaviours, stealth, player weapons and tools, cover and melee based mechanics.

While only a snippet of information, it does give an insight into what type of game Square Enix’s mysterious Avengers project is shaping up to be.