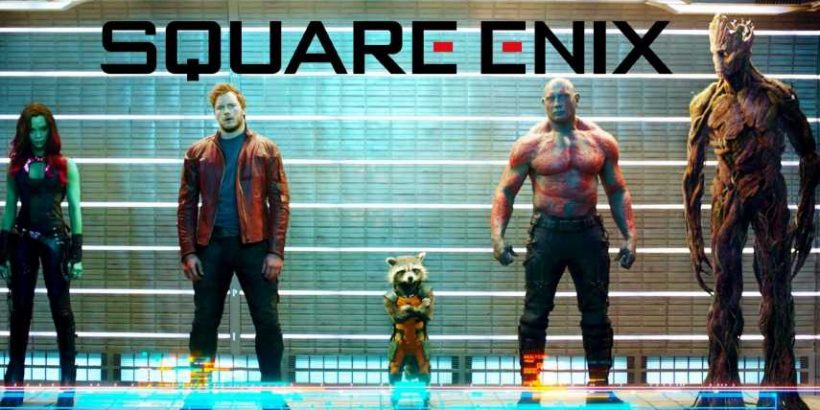 Square Enix, the studio behind Marvel’s Avengers, is reportedly working on a Guardians of the Galaxy game.

A new report suggests Square Enix has not been deterred by the negative reaction to Marvel’s Avengers. According to industry insider Jeff Grubb, the studio is hard at work on a Guardians of the Galaxy game. The new Marvel game had been rumored in the past, but Grubb claims they are more than just rumors. Like many other Marvel fans, Grubb expressed his dismay at the news.

The Guardians of the Galaxy have gone from relative unknowns in the superhero sphere to Marvel darlings since the release of their first movie. Chris Pratt and co brought the rag-tag group to life on the big screen in 2014. The group has gone on to have a sequel since then and also appeared in the last two Avengers movies.

The Guardians are now so beloved by Marvel fans that another superhero misstep by Square Enix could be downright disastrous. Avengers was heavily criticized at launch and Square Enix has been doing all that it can to repair its image ever since. Even though the arrival of Black Panther and his native of Wakanda will help the game this summer, it does feel like Avengers might be beyond saving at this point.

Outside of Avengers’ focus on Kamala Khan during its initial story, there hasn’t been much to celebrate about the game. Even its recent MCU-inspired costumes have garnered fresh criticism from many of those still playing the game. While the outfits themselves look good, fans aren’t happy that the hairstyles don’t match up. Thankfully that isn’t a problem for the new Iron Man armor since Tony Stark’s head is covered.

Ultimately a Guardians of the Galaxy game from the same creators could go one of two ways. Square Enix has learned from Avengers and the Guardians game will take from superhero titles that have succeeded, like Marvel’s Spider-Man. Or lessons have not been learned and the game will fall flat like Avengers. Either way, at least there’s Kill The Justice League and Gotham Knights to look forward to from DC.