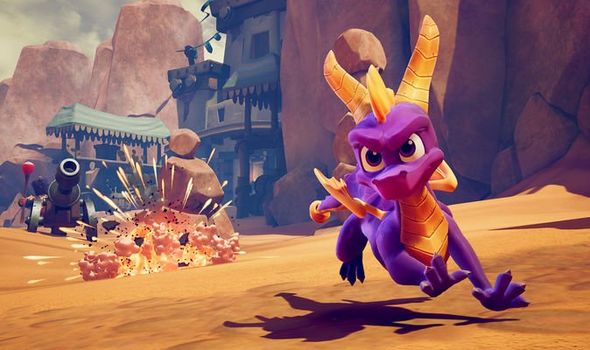 Spyro Reignited Trilogy has finally made its debut on Nintendo Switch, almost a year after appearing on PS4 and Xbox One.

Not only is there a lot of content, but each game looks fantastic thanks to a high-def makeover for the modern age.

Indeed, many of Express Online’s points from the original review remain true in the transition to the Nintendo Switch.

Here are a few snippets from Joseph Carey’s review for the Express in 2018: “The collection never reminds you the games in question are each well over a decade old and feel right at home on the current generation of consoles.

“Worlds and environments look incredibly vibrant and colours pop throughout each title.

“Moreover, details are exquisite across the board and manage to add charm to each game that simply was not there before.

“Characters you interact with over the course of the trilogy now boast incredible levels of clarity that not only makes them feel more real and believable, but it also allows you to get more immersed in dialogue overall.” 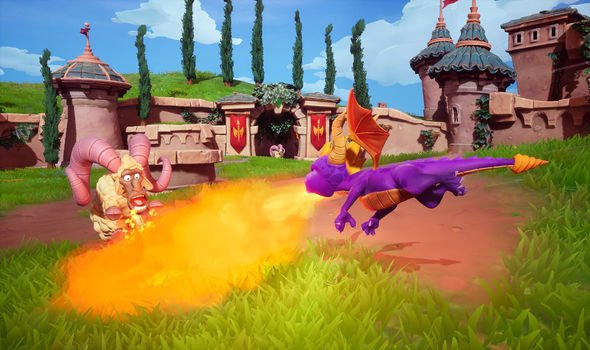 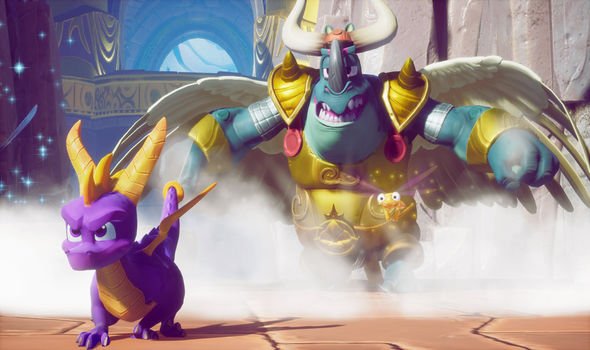 The review concludes by describing the trilogy as one of the greatest love letters in video game history.

“The Spyro Reignited Trilogy is a laudable nostalgia trip that should be taken by anyone familiar with the original titles on PSOne.

“While the game does suffer from somewhat dated controls, the trio’s unparalleled amounts of character and charm certainly make up for it.

“Although those that have never dabbled in Insomniac’s original games will not get the most from the Reignited Trilogy, there is still gargantuan amounts of fun to be had here.

“The development team has not only delivered one of the greatest love letters in video game history with this collection, but also cemented Spyro’s relevance in the industry for years to come.” 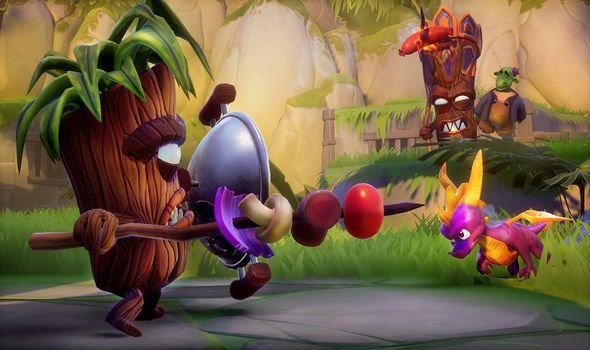 Certainly many of these points feel valid when looking at Spyro Reignited Trilogy for Nintendo Switch.

While the controls occasionally frustrate and the game design is showing its age compared to some contemporary releases, it’s hard not to fall in love with the Spyro Reignited Trilogy.

It’s brimming with content, overflowing with charm and packed full of character.

The visuals may not look as good as the PS4 and Xbox One versions, but the Spyro Reignited Trilogy still looks fantastic on Switch, particularly in handheld mode.

Indeed, while it may not soar to new heights on Switch, this remains a fantastic port of a superb gaming trilogy, and one that can now be played on the go.