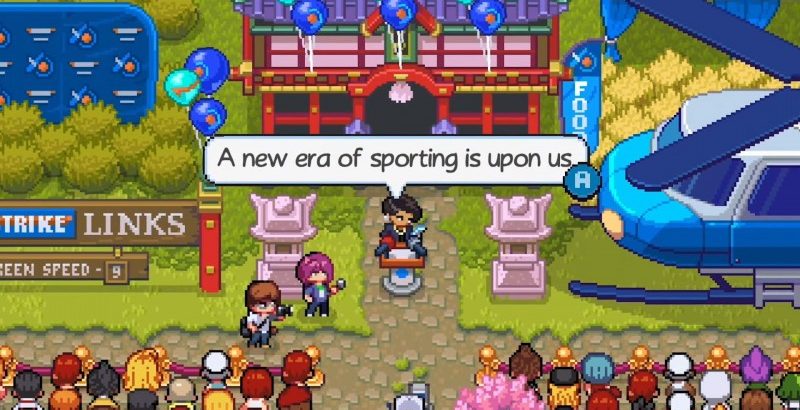 Sports Story is available now, Nintendo and developer SideBar Games announced during a special Inside the House of Indies holiday video. The surprise launch comes a month and a half after the developer gave us a December 2022 release window for the long-awaited follow up to its 2017 smash hit, Golf Story.

Golf Story provided players a retro-styled RPG with a zany story centered around golf of all kinds: regular, disc, and more. Sports Story sees SideBar Games expand the formula to include various other athletic events, including BMX, tennis, cricket, soccer, volleyball, fishing, and more. If you loved the golf of Golf Story, don’t worry: That sport carries over to Sports Story, bringing with it eight unique golf courses.

You can see the full video, which also provides updates for Sea of Stars, Undying, and Dust & Neon, below.

Golf Story, SideBar Games’ predecessor to Sports Story, arrived on Switch on September 28, 2017. In our review, we called it “a breath of fresh air for sports, and another fun story to follow for role-playing fanatics,” awarding it a 9 out of 10. Sports Story was initially announced by SideBar Games in December 2019, with long stretches of silence from the development team. Then, during last month’s Indie World Showcase from Nintendo, the developers finally announced that the game would arrive at some point in December 2022.