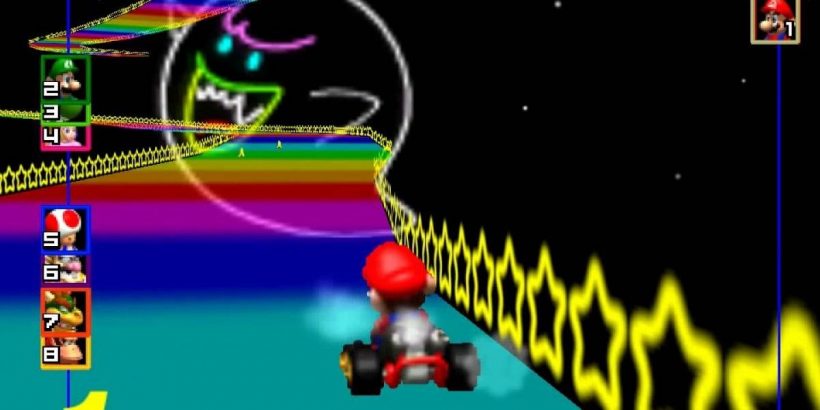 Mario Kart 64 can be stressful to play against CPUs, let alone some of the best players of all time. The racer has been a popular pick with speedrunners for years now, resulting in most of the tracks seemingly being optimized. Record breakers don't come often, making it all the more impressive when someone manages to bring the time down even further.

Now, speedrunner kaznMK64 has done just that. The Japanese runner smashed a seven-year record on his livestream yesterday, sharing the feat on YouTube. The run is in the All Cups Skips category, and brings the time down to 23 minutes, 28.seconds, and 28 milliseconds.

Related: Mario Kart 8 Deluxe’s New Tracks Could Have Been So Much Better​​​​​​​

Even without an in-depth knowledge of how the game works, it's easy to see how well kazn is playing. What will be a little harder for speedrunning newcomers to understand, however, is the skips he's pulling off. In this category, any kind of shortcut – even those that are clearly not intended to be in the game – is permitted. Some of them, such as the one used on Rainbow Road, are intricate to set up, and abuse the way the game keeps track of what lap you're on. This means that many skips allow you to complete a track when you've barely left the finish line.

As the name suggests, the category involves racing through every track in the game. The fact that both legitimate and glitched shortcuts are permitted saves quite a bit of time, with the no skip world record currently sitting at 38 minutes, 33 seconds.

Incidentally, that category is held by the same runner who kazn just beat. Abney317 most recently held a time of 23m 29s 710ms, meaning kazn shaved just a second off the last winner. However, when a speed game is as active as Mario Kart 64, that single second is everything, and is often the result of hundreds, maybe even thousands, of attempts. It remains to be seen if kazn's feat will last just as long.