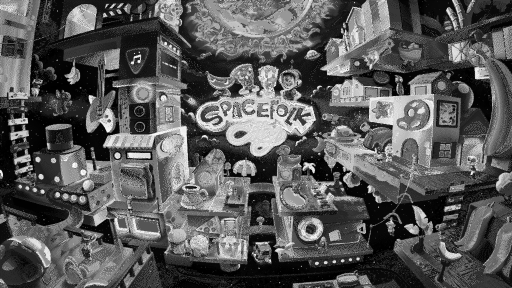 Spacefolk City is a new city-building VR game coming to Oculus Quest and PC this year, but it’s not exactly Sim City VR.

Take a look at the game’s first trailer below. Rather than a realistic building sim, Spacefolk has players building out a floating metropolis in the middle of space that’s when occupied by odd little critters. Solar activity has destroyed these creature’s past homes, so it’s up to you to build a new, sustainable environment for them to thrive in.

Each of the city’s inhabitants has its own interests and abilities that can aid the player. You’ll build out vertical cities with new facilities and decorate them how you see fit. The game’s designed to be a casual experience that newer VR players can jump into.

It’s the first full game from Moon Mode, a developer that has otherwise helped out on titles like Down The Rabbit Hole and Paper Valley.

Spacefolk City will hit Oculus Quest and PC VR headsets this fall for $29.95. Are you interested in the game? Let us know in the comments below!