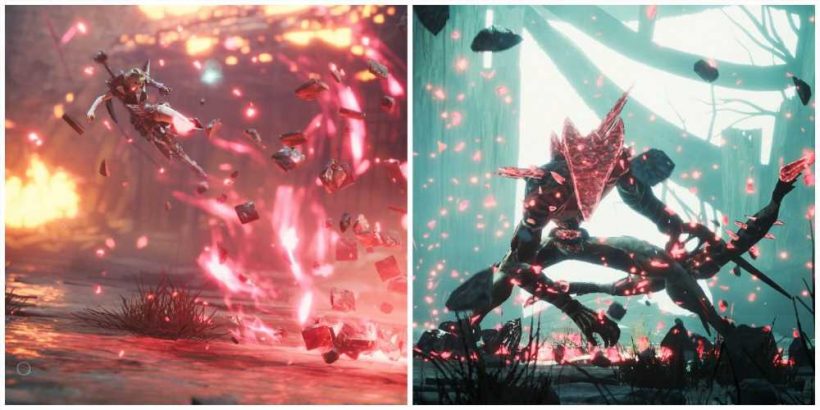 The first act in Soulstice concludes with a fight against Arrowhead, a bow-wielding enemy that will test your skills and patience. It's the game's first boss fight and a check for how well you've learned the action adventure's mechanics.

Arrowhead's fight is broken up into three main phases, each with unique challenges. Chances to deal damage to the teleporting archer are few and far between, while its ability to keep you out of reach is frustratingly good. If you've been struggling with killing this boss, this guide will help resolve the issue.

Fighting Arrowhead On The Ground 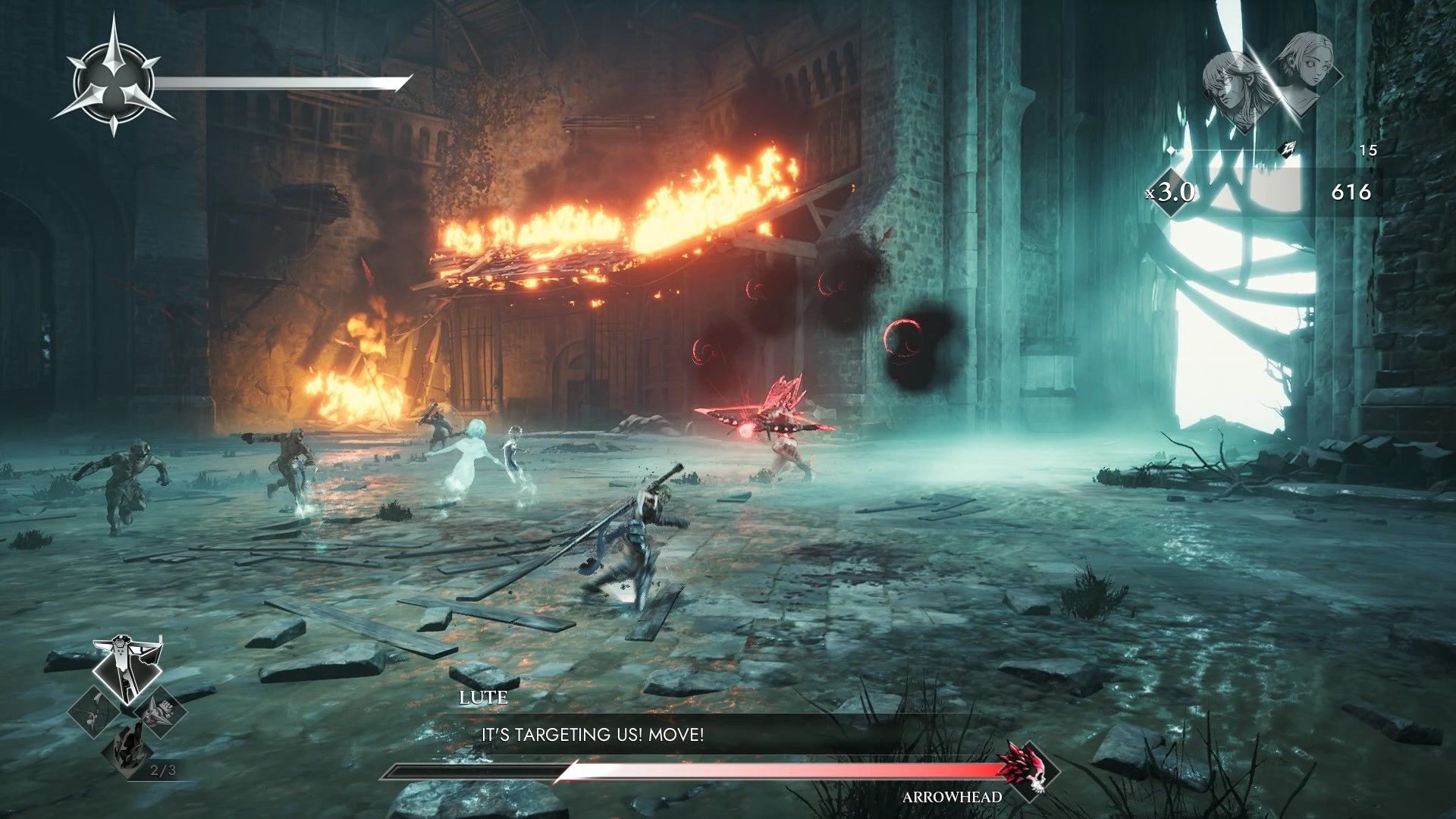 The fight starts right after an introduction cutscene that highlights two of Arrowhead's most annoying traits: its bow and its speed. During this part of the fight, Arrowhead will position itself at the edge of the arena and pelt you with long-ranged arrow shots. The trick here is to ensure that Lute keeps the red barrier up whenever you're within striking distance and to nail the timing needed to dodge Arrowhead's two ranged attacks.

Occasionally, Arrowhead will summon enemies to distract you. The summoned help will beeline right for you, disrupting your attempts at damaging Arrowhead if they get too close. You should be able to stay out of their reach by chasing after the boss.

Be sure not to spam dodges while trying to avoid the shots. Briar will need to recover after a third consecutive dodge, leaving her vulnerable. While in this state, Arrowhead might land a hit before you can recover.

You won't have much time to damage Arrowhead once you get within range; it will teleport away shortly after. To reach the next phase, you need to whittle down roughly a third of Arrowhead's health.

Upgrading Lute's Slow Time Counter will let you freeze Arrowhead if it attacks you in melee range, allowing you to deal more damage before it escapes again. Be sure to dodge behind it to avoid being struck. 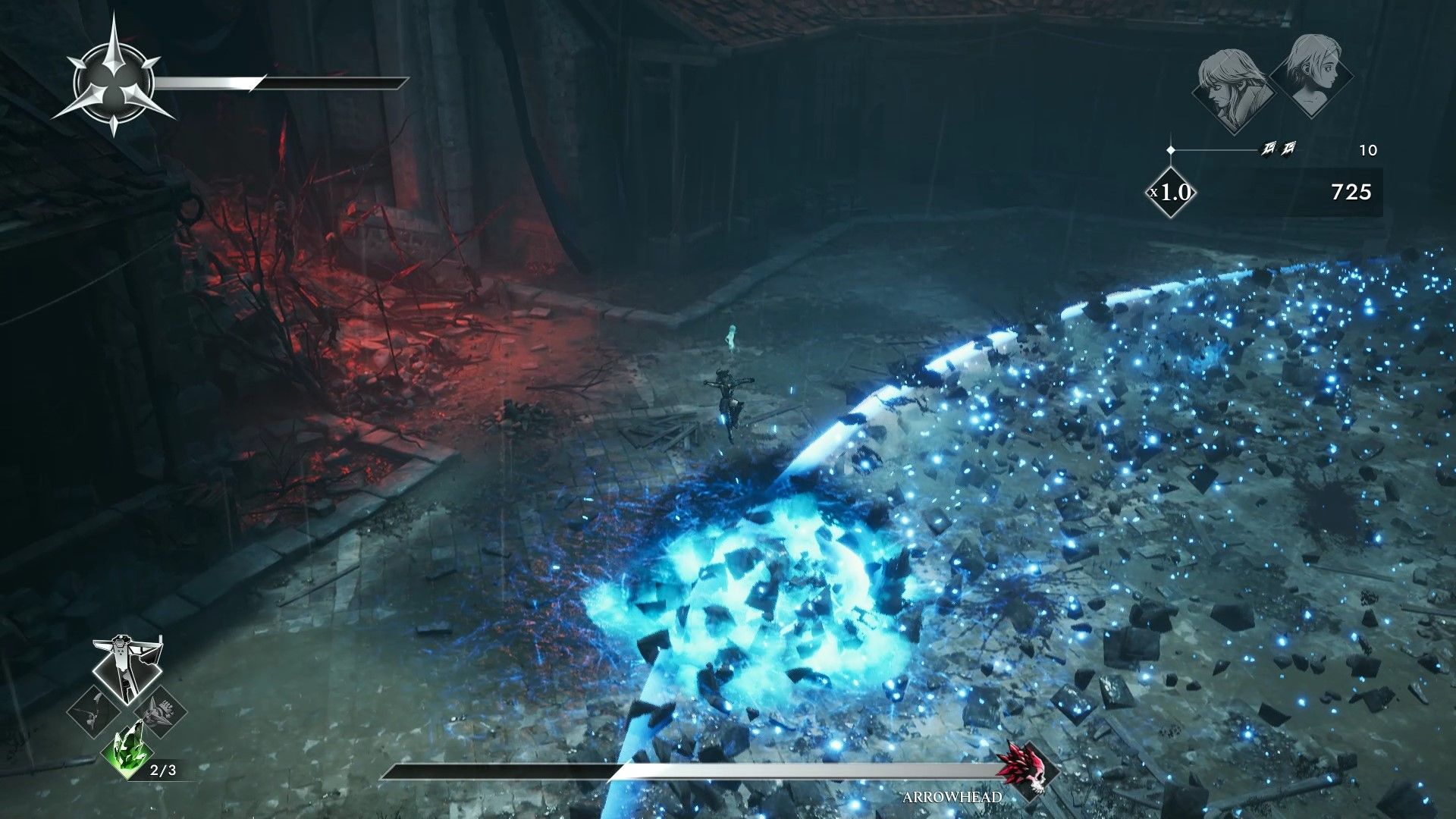 Arrowhead starts this phase by making three clones of itself and jumping out of reach. The camera will zoom out to a bird's eye view of the arena, letting you keep track of the clones. During this phase, you need to dodge arcs of energy coming from each clone by jumping over them while dealing with any enemies that may be running around the map.

The energy waves harm everything on the map, including your foes. They will not survive more than a couple of attacks, leaving you free to focus on the clones.

Each wave of energy is created by Arrowhead shooting one of its clones with an arrow. This arrow will ricochet between the clones in the order that they will fire. If you pay attention to which clone is being shot, you'll be able to determine where the incoming arcs will start from, avoiding what would otherwise be a hard impact.

You need to destroy all the clones to end the phase. Run up to one and smack it until it breaks, repeating until all three are gone. Make sure to have Lute generate a blue field to damage them. Once done, Arrowhead will return to the arena stunned, letting you land a few good hits before the fight continues. 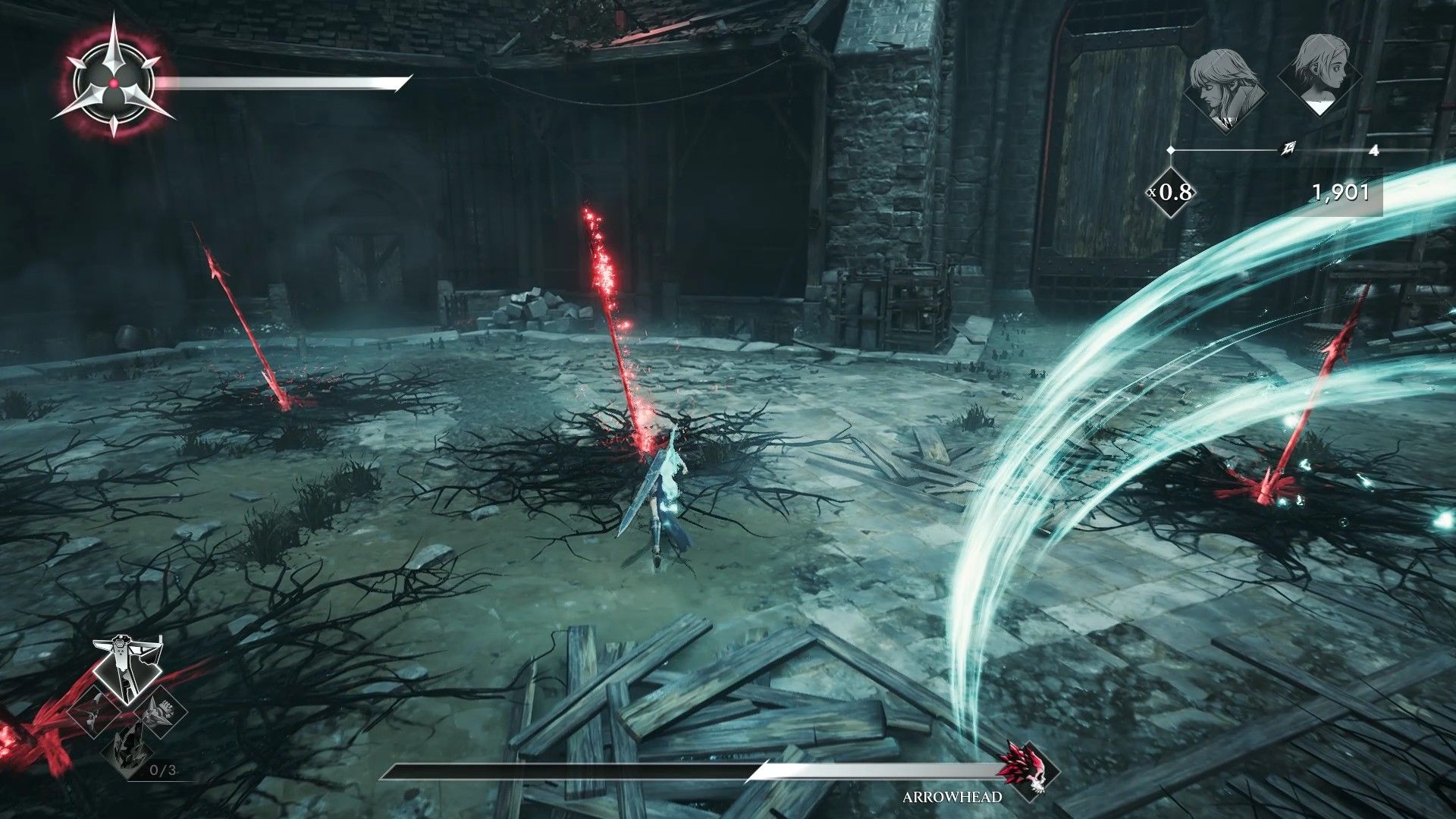 The third and final phase of the fight involves Arrowhead leaping out of reach once more while covering the ground in glowing red spikes. As Lute will helpfully point out, these spikes will explode in a few moments. Though it's tempting to try and clear out space immediately around you, it's much quicker to run out of the field where it is less dense. You should only need to destroy a single spike at the edge of the field to survive.

You can track how much time you have left by observing how red the ground is. Each spike spreads roots around the impact site and emits a red glow through the roots. The redder it is, the less time you have.

Once you survive the explosion, Arrowhead will return stunned. Like the previous phase, you will have an opportunity to deal damage to the creature before it resumes the fight.

From here on, there are no new mechanics; everything will repeat until you defeat Arrowhead. Remember to dodge its arrows and keep that barrier up!