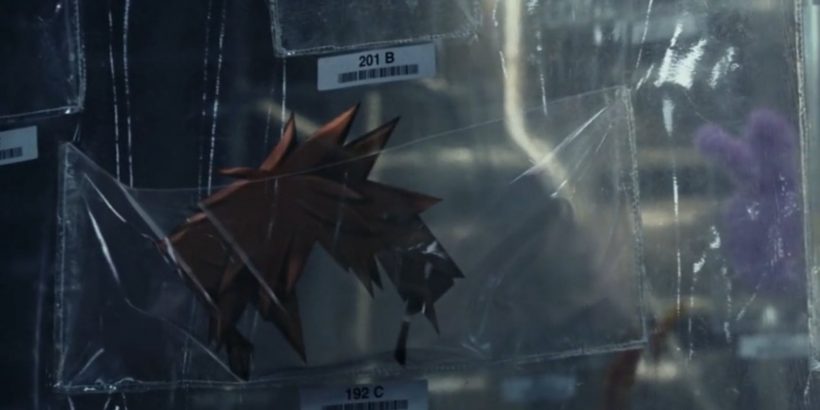 Chip 'n Dale: Rescue Rangers has a ton of different cameos, including Ugly Sonic, South Park, The Simpsons, and My Little Pony just to name a few. One of the scenes in the movie, which was previously shown in the trailer, has arguably the biggest collection of cameos in the form of different removed parts from cartoon characters.

One character who makes an appearance here is Sora from Kingdom Hearts, whose hair and Kingdom Key can be seen in different plastic bags. This should be a fun little cameo that's cause for celebration (well, except for the fact that he's apparently been scalped), but the scene is now being accused of using traced fan art.

As pointed out by Twitter user NipahDUBS, the image of Sora's hair that's used in the Chip 'n Dale movie has been traced from fan art done by DeviantArt user kimbolie12. NipahDUBS shared an image comparing the two, and it's clearly the same image, with the same spike positions and lines drawn through the hair.

It's strange considering that Disney owns the rights to Sora and could very easily take the hair from an official piece of game art, or even from some of its official merchandise. There's no legal reason why Disney would choose to do this and it instead seems to have just been one of the first images of the character that it found.

To make the whole situation even stranger, this specific piece of fan art actually comes from 2015, which makes it quite a difficult image to find. It'd make some sense if it originated from around the same time as the film was being made, as then it might have just been one of the first images of Sora the crew of the movie found, but this is such an old image that it would have needed to have been specifically sought out.