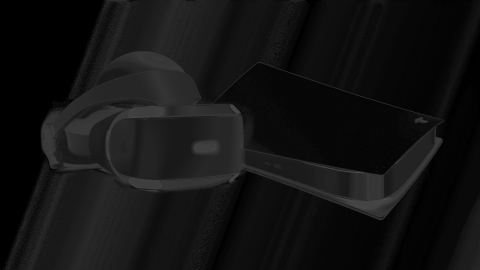 Sony is planning to release “unique experiences that are synonymous with PlayStation” on its upcoming PS5 VR headset.

The company states as much in a recently-released investor relations document that also revealed games like Uncharted 4 are coming to the PC platform. One slide talking about ‘New Growth Vectors’ for the PlayStation division in the PS5-era focuses on the recently-confirmed ‘Next Generation VR on PS5’.

The slide mostly just reiterates what we already knew, that the unnamed PS5 VR headset will improve on aspects like resolution and field of view, connect to the console via a single wire, and come with new controllers that implement the advanced haptic feedback seen in the DualSense.

One point reads: “Realize the unique experiences that are synonymous with PlayStation”.

It’s a pretty vague point but we can’t help by wonder if experiences that are “synonymous” with PlayStation might mean we see more of the company’s famous gaming series utilized on the new headset. Aside from Wipeout, Astro Bot and Everybody’s Golf, most of Sony’s first-party titles for the first PSVR were based on new IP, like Blood & Truth, Farpoint and RIGS: Mechanized Combat League. Big hits like God of War, Horizon and Uncharted, meanwhile, still don’t have VR versions.

Back at the beginning of the month we reported that the PS5 VR headset offers 2000 x 2040 per eye resolution and gaze tracking technology. It’s also got a motor inside the headset itself.

What experiences are you hoping to see on the PS5 VR headset? Let us know in the comments below!