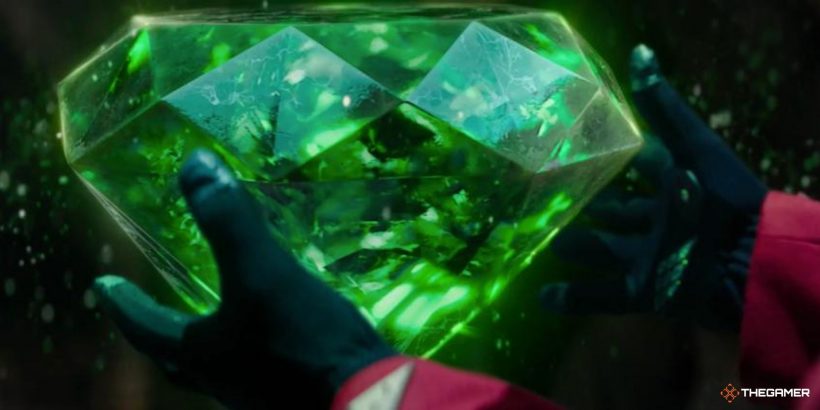 The Chaos Emeralds have been at the center of just about every Sonic The Hedgehog game, and they've made their big-screen debut in the second Sonic movie. They're clearly of vital importance to the setting, where the race to collect and control the Chaos Emeralds has ramifications felt the world over.

What are these powerful jewels, and why are they sought so desperately by villains like Eggman? The Sonic games aren't necessarily known for their narrative, but the Chaos Emeralds have a history that stretches back thousands of years. Let's take a deeper look at these mysterious MacGuffins.

What Powers Do The Chaos Emeralds Have? 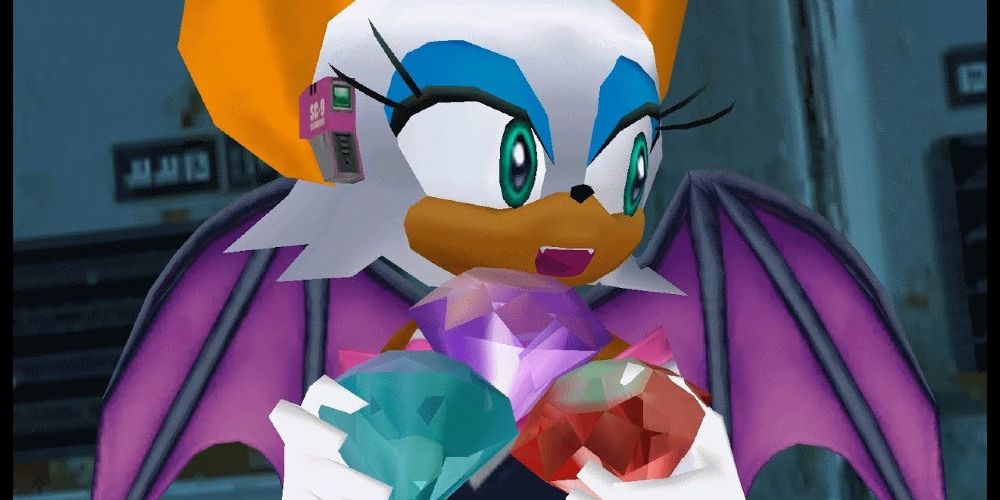 The seven Chaos Emeralds are able to generate tremendous amounts of energy, effectively making them a source of unlimited power. The Emeralds become even stronger when in proximity to one another, and having all seven in one place can create miraculous effects. In particular, gathering all the Chaos Emeralds allows the bearer to temporarily gain incredible abilities, an effect most often used by Sonic himself when he transforms into Super Sonic. Shadow is also notable in his power to use the Chaos Emeralds, manipulating time and space via Chaos Control.

Despite their name, the Chaos Emeralds each have a different vibrant color. There is no known difference in power between the different colored Emeralds. The Chaos Emeralds are blue, green, red, purple, yellow, turquoise, and white. A Chaos Emerald that has been drained of power (a state which is always temporary) appears grey,

In Sonic Adventure 2, Tails is able to create an artificial Chaos Emerald that has a more subdued hue than the genuine article. While it is less powerful than the real thing, the false Emerald still functions as an energy source. Sonic is even able to use the artificial Emerald to power Chaos Control, despite it being established that such a feat should not be possible. No explanation is given for how Sonic is able to accomplish this feat when equally-powerful characters like Shadow cannot.

Dr. Gerald "Eggman" Robotnik is constantly searching for the Chaos Emeralds, intent on using them to power his doomsday weapons such as the Egg Carrier. With an unlimited source of energy, his oversized contraptions could easily allow him to conquer the world. In the original Sonic The Hedgehog game, defeating Robotnik without collecting all the Chaos Emeralds would result in a bad ending – Robotnik would taunt the player with the uncollected Emeralds, suggesting he is able to continue with his diabolical plans despite Sonic's meddling. 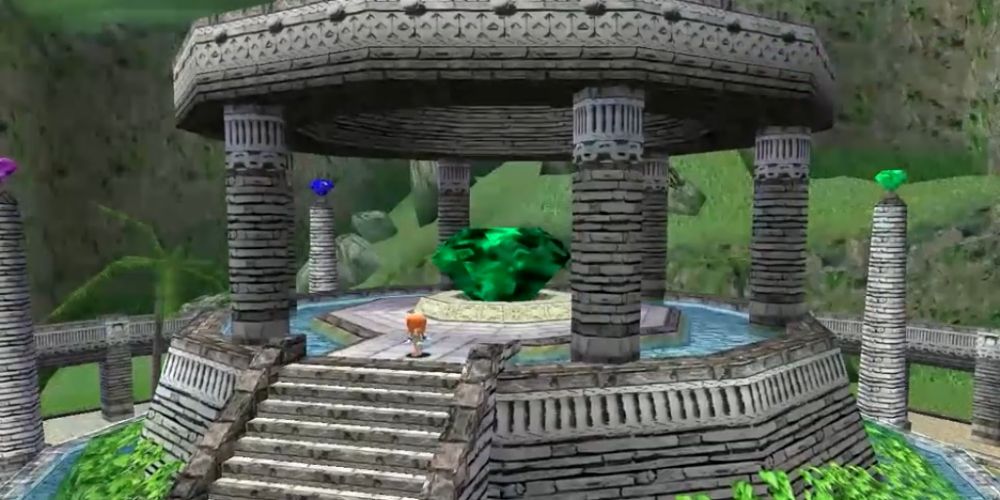 The Master Emerald was first encountered by Sonic in Sonic The Hedgehog 3, when Sonic and Tails pursued Robotnik to Angel Island. The devious doctor convinced the island's guardian, Knuckles the Echidna, that Sonic had come to claim the power of the Master Emerald for themselves, tricking Knuckles into delaying Sonic while Robotnik set about his latest scheme.

Knuckles is the last of his clan, sworn to protect the Master Emerald and prevent its powers from being used for evil. Upon learning of Robotnik's deception he joins Sonic in defeating the doctor. Knuckles has been an on-and-off ally to Sonic ever since, but he always makes it clear that his duty to the Master Emerald comes before everything else.

The History Of The Chaos Emeralds 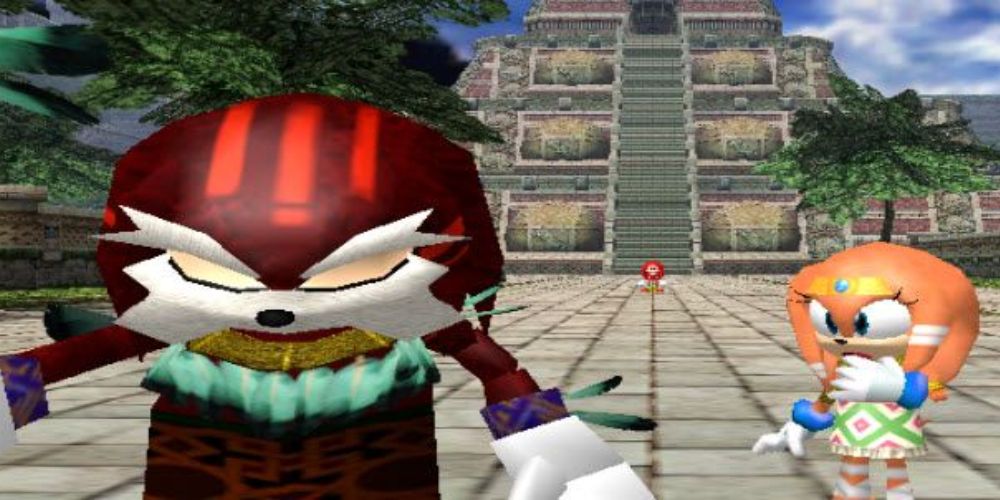 The Chaos Emeralds are older than any known civilization, and their origins are unknown. They first appear in the historical record approximately three thousand years before Sonic's lifetime, discovered by the civilization that built the Mystic Ruins. The Master Emerald, at that time, existed in a garden inhabited by tiny peaceful creatures called Chao. The Chao were protected by a powerful entity called Chaos, and the Mystic Ruins civilization left them reverently alone.

When King Pachamacac, the leader of the Knuckles Clan, needed a weapon to fight his enemies the Nocturnus Clan, he sought to claim the power of the Master Emerald. Chaos would not allow the king's soldiers into the garden, so they attacked the creature and the peaceful Chao. Pachamacac's daughter Tikal attempted to stop them, but Chaos became enraged and destroyed most of the Knuckles Clan. To prevent Chaos' anger from consuming the entire world, Tikal bound her spirit to the Master Emerald, trapping herself and Chaos inside the gem. 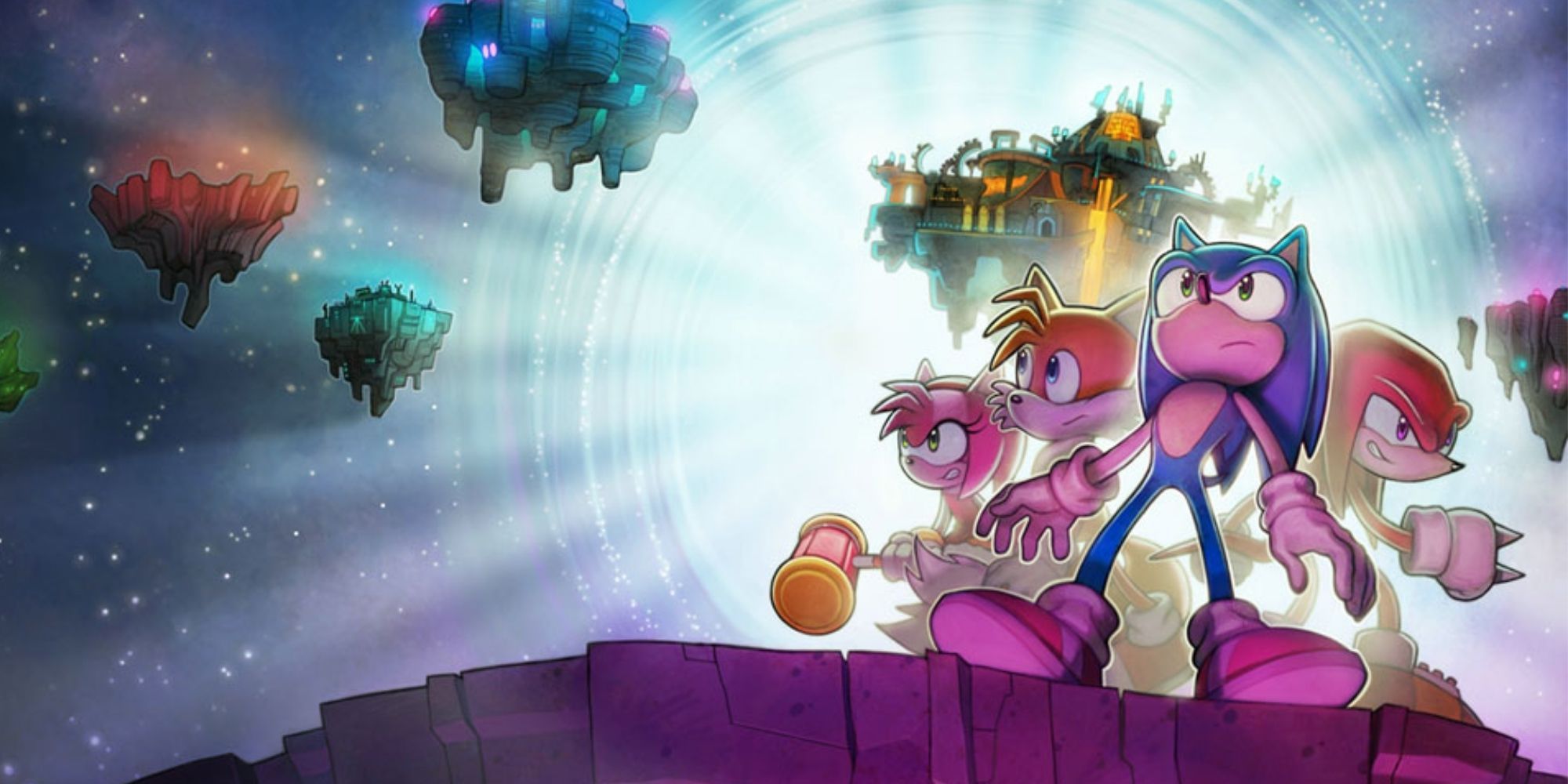 In Sonic Adventure, Dr. Robotnik freed Chaos from the Master Emerald in hopes of weaponizing the creature. Tikal's spirit was also freed, and she guided Sonic and his companions on their quest to defeat Chaos and bind it once more. Using the Chaos Emeralds to transform, Super Sonic stopped Chaos and Tikal was able to calm its rage. Chaos and Tikal vanished after the battle, presumably to a secluded Chao Garden where they would not be bothered.

In Sonic Chronicles: The Dark Brotherhood, warriors of the Nocturnus Clan developed a means to return from the Twilight Cage in small numbers. While they were dismayed to find out that millennia had passed in the real world, they immediately set about gathering the Chaos Emeralds to free the rest of their army.

Shade, one of Imperator Ix's generals, first battles Sonic and Knuckles for the Emeralds but later discovers that Imperator Ix intends to continue his war of conquest once he is freed. Shade helps Sonic foment a rebellion of the conquered species in the Twilight Cage, and prevent the Nocturnus army from returning, and afterward chooses to live on Earth with Sonic and his friends.

When not being sought as part of some nefarious scheme, the Chaos Emeralds are usually sought by treasure hunters like Rouge. Knuckles also leaves Angel Island more frequently since his initial encounter with Sonic, almost always in search of the Chaos Emeralds in order to bring them safely home. 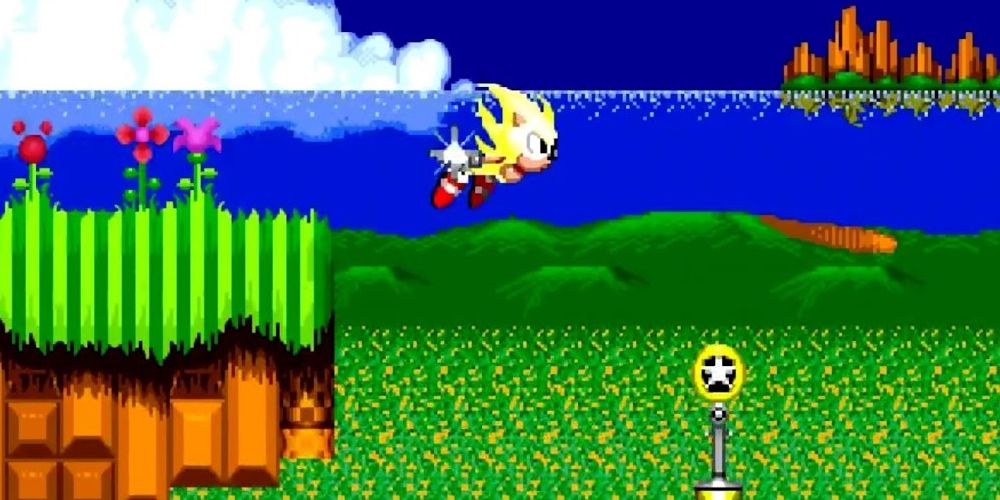 The later Sonic games use the Chaos Emeralds as plot points, but the original Genesis titles and later side-scrolling adventures allowed players to use the jewels to their advantage. If the player collected all the Chaos Emeralds in a single run (or, as probably happened more often, entered the right cheat codes) they could become Super Sonic. Jumping with with all seven Emeralds and fifty Rings in hand would trigger the transformation, granting Sonic invulnerability and enhanced speed. The effect would slowly drain his stockpile of Rings and when he ran out Sonic would revert to his normal form.

Super Sonic and other enhanced characters like Super Shadow remain playable in the later games, but only during certain plot-critical boss fights. These usually happen at the climactic point in the game's storyline where the extra power is needed by the heroes.