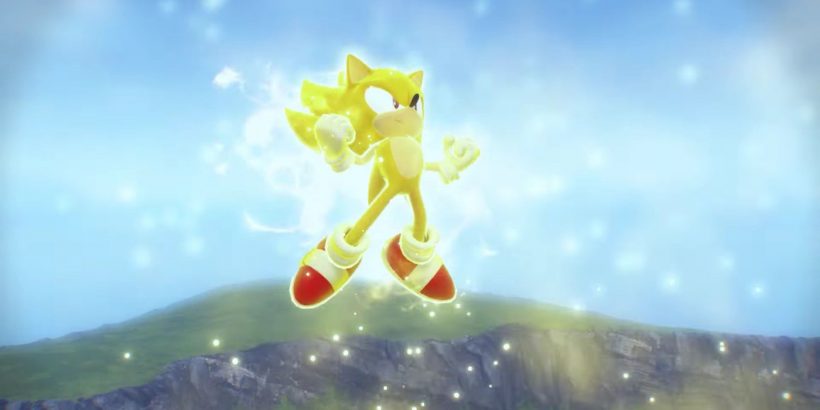 Thanks to what is believed to be an altered version of the EGX and Gamescom demo, Sonic Frontiers' opening cutscene has leaked, alongside the first gameplay footage of Super Sonic.

Since even before its initial reveal, Sonic Frontiers has been a pretty leaky ship, with tons of information being revealed about it before the devs could. This has only gotten worse with the show floor demos, leading to this most recent leak seemingly happening at EGX. If you don't want to be spoiled on the intro of Sonic Frontiers and the first look at Super Sonic gameplay, consider this your spoiler warning as we'll be detailing the leaks below.

Both the opening cutscene and the footage of Super Sonic come courtesy of Sonic news site Sonic City, who managed to get a hold of the two videos. The opening cutscene doesn't have any audio, but shows Eggman interacting with one of the Cyberspace towers that we see Sonic using in some of the trailers for the game, before he then gets sucked into Cyberspace himself.

We then see Sonic, Amy, and Tails flying using the Tornado, before getting sucked into a wormhole, presumably leading to Sonic lying on the ground like we see him at the start of the EGX demo. Strangely, Knuckles isn't anywhere to be seen in this intro, despite us knowing that he's somewhere on the Starfall Islands.

As for the Super Sonic gameplay, it's pretty short but does show the golden form in action. We see Super Sonic floating in the air against one of the Titans, before he flies forward and takes it out in one hit, flying right through it's chest in a surprisingly brutal scene. That's about all we get to see, but it's enough to know Sonic isn't playing around.

It's not clear how this footage has gotten out there, but Twitter user and Badnik Mechanic owner DaveLuty believes that someone was able to edit the parameters of the EGX show floor demo by rebooting it, essentially allowing them to see more of the game.