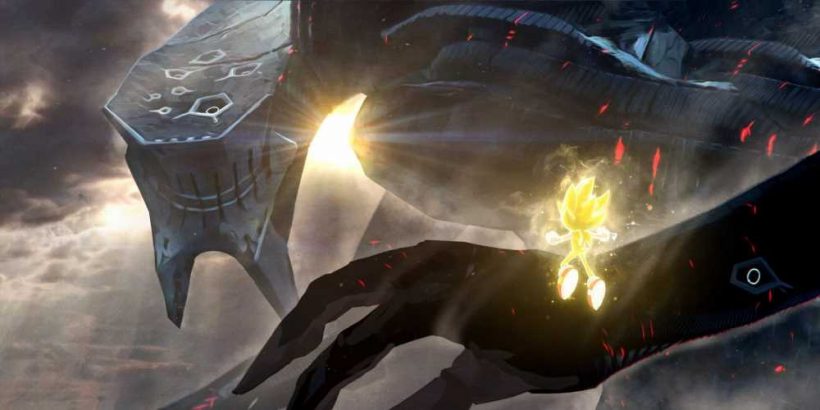 The director of Sonic Frontiers, Morio Kishimoto, has confirmed that the game has finally gone gold and finished development, just a few weeks before its official launch November 9.

The wait for Sonic Frontiers has felt like an eternity for fans of the series, but it looks like it's going to be coming to an end shortly, as Sonic Frontiers has now officially finished development, meaning that there's almost no chance of it being delayed out of its release date. Well, it happened to Cyberpunk 2077, but that was a very special case.

Morio Kishimoto, director of Sonic Frontiers, took to Twitter to share that the game has gone gold (or has been "mastered up" in his words). As translated by Noisy Pixel, Kishimoto's message reads, “We have officially completed the master up for all hardware! Thanks to everyone’s feedback, we’ve made it barely before the release date, and this wouldn’t have been possible without your support. Now that I think about it, it’s a bit sad. After all, it’s been five long years since we’ve been together working on this, so it’s finally over… now! Onto the next assignment!”.

Although Sega hasn't officially announced that Frontiers has gone gold, the official Sonic the Hedgehog Twitter account did share concept art of Super Sonic going up against a Titan, which some took as a reference to development being finished. Yes, just because Super Sonic is gold.

Kishimoto wasn't the only one working on Sonic Frontiers to comment on the fact that it's just finished development. Tomoya Ohtani, the composer for the game, shared that the whole OST is the largest in the series so far, saying, "Yes, the whole 150 tracks last 6 hours 37 minutes and is the largest SONIC OST I've been in charge of so far".

It probably shouldn't come as any surprise that Sonic's next adventure is going to make its set release date. Sega has been very upfront and steadfast that the game wasn't going to get delayed, even when fans were actively asking for it following the initial gameplay reveal.