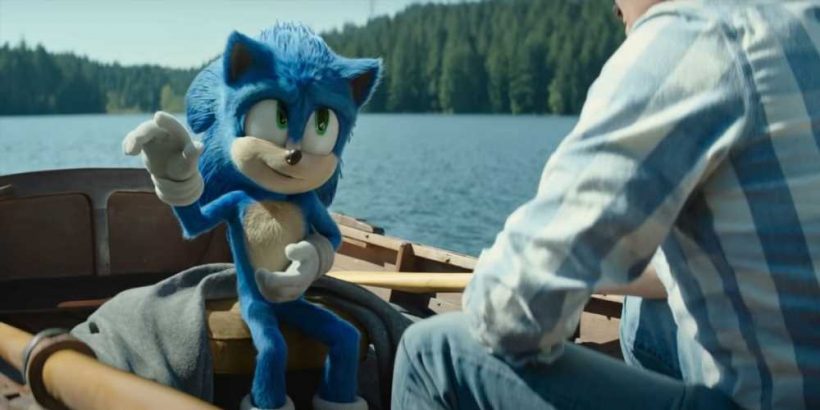 The Sonic series has had a rocky history with human characters. Out of absolutely nowhere, they just started appearing in Sonic Adventure and we all had to roll with it. I guess in the mystical lands that contain Green Hill Zone and Angel Island, they were just here all along. Hell, we only got a proper explanation as to how this all works earlier this month.

This awkward set-up left any human characters in a strange place. Of course, Eggman was there from the start, but he's so cartoony that he fits in far better with the animals than his human counterparts. Humans are either outright antagonistic to Sonic and friends, or they just don't care. No opinions on the walking, talking hedgehog who can run at the speed of sound.

In turn, Sonic fans rarely respond well to a human sidekick joining the gang. Maria Robotik, first introduced in Sonic Adventure 2, is a rare exception – and she's already dead when we find out about her. Other than that there's Chris Thorndyke from Sonic X, and Princess Elise in Sonic '06. Chris, many will say, is just too annoying. Intended to be a self-insert for the children watching the show, he didn’t even go down well with his intended audience. Think Wesley from TNG, but also a trust fund kid. He just rolls with having a house full of talking animals, and doesn’t really do much else.

Then there’s Princess Elise, who needs no introduction. She may have had potential as a human sidekick, but that was thrown out the window when she switched gears and became a love interest. No one wants to see that. Well, some do, but that’s a whole other thing.

This is the larger problem with their introduction. They're either looking at Sonic and friends as a spectacle, or acting like it isn't weird to make out with a woodland creature in front of his other furry friends. Then finally, Sonic 2 comes along and proves that this isn't an inherent problem with human companions. It just comes down to how you write them, and how they interact with the world. 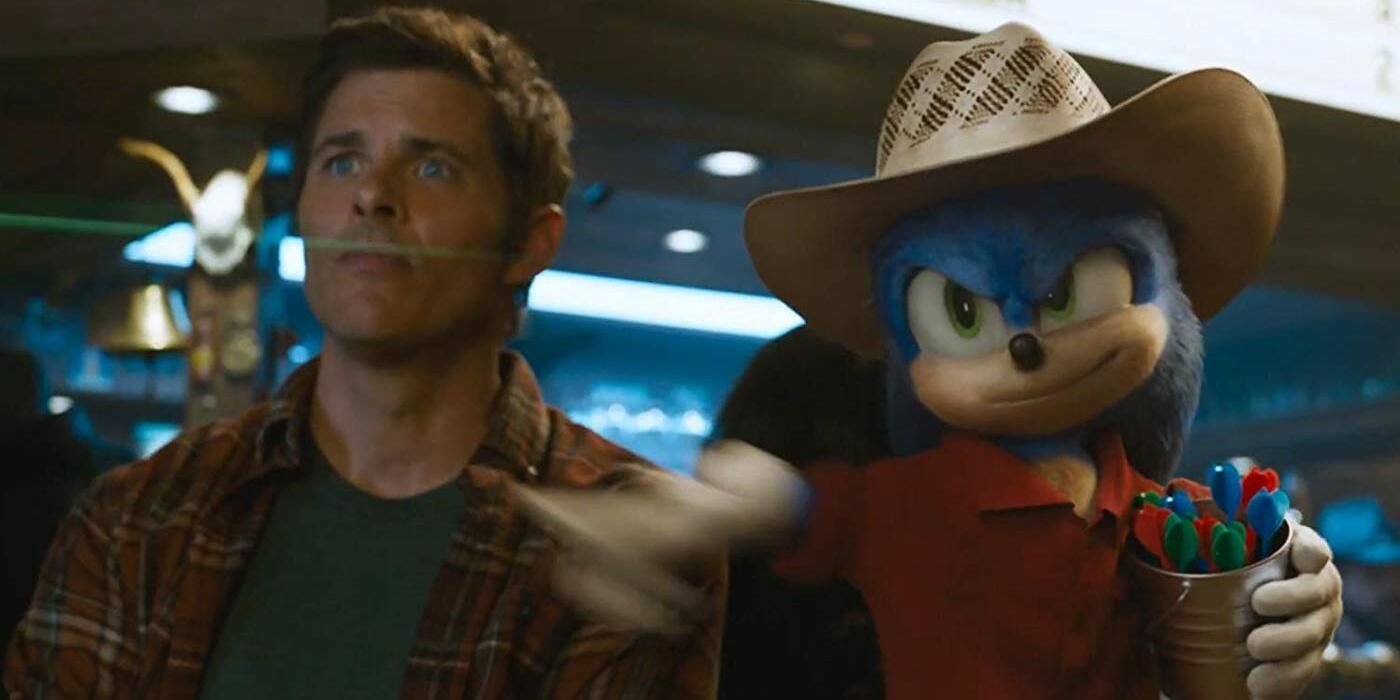 Tom and Maddie are perfect human friends for Sonic and the gang. Their scenes didn’t drag, and they fit into the animal shenanigans effortlessly. Every human character walks a fine line between being an actual real person and a cartoon character – and it’s great. Hell, the whole wedding subplot was hilarious, and didn’t just leave us begging for Sonic to get back on screen. And when you’re competing for screentime against Idris Elba, that’s not bad going.

This is because they’re not self insert characters for the audience – a role the series has never needed. Speaking as someone who has been into this stupid franchise for far too long, if we need a POV character we will simply make one ourselves. No, we want people for Sonic to bounce off of, and that’s what we get with Tom and Maddie. Hell, they’ve done humans so well this time around that Sonic fans are now demanding that Agent Stone gets added to the games. I can’t remember the last time we all agreed that a new addition to the series was actually good.

While he’s certainly no pal of Sonic, Stone is the best example of how to get humans right. Sonic in the real world could be really bloody boring, so why not give Eggman a lacky who’s cartoonishly in love with him? Who openly pictures what he’d look like in a maid outfit? The world of Sonic doesn’t need straight men (ha), it needs to embrace how daft it is. Sonic is painfully uncool, and he works best in a world that just rolls with it and matches the daftness. Not boring like Chris. Not trying to be a romance like Sonic ‘06. 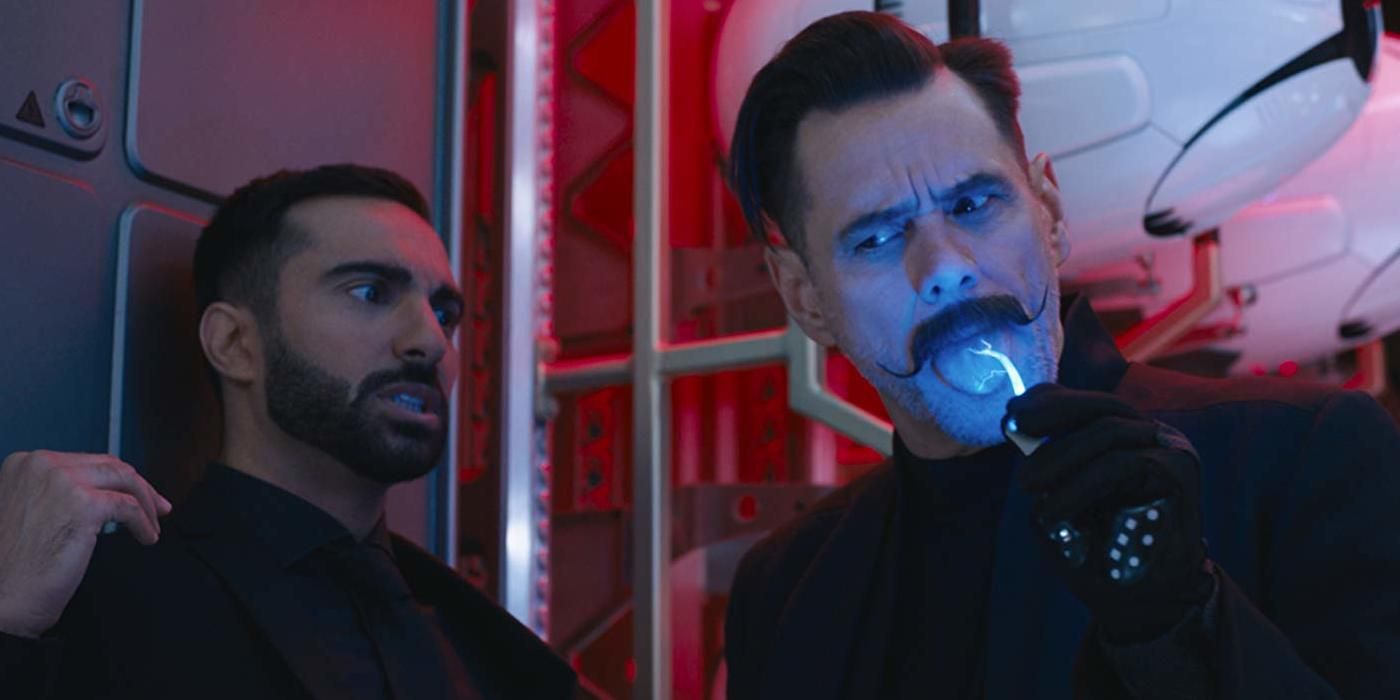 It's looking good for human companions in the series going forward. Sega’s never really been sure what to do with them in the games, but the movie gives them the perfect inspiration. Hey, better yet, you’ve got fans already making Agent Stone concept art, and an actor who would probably love to reprise his role as the character. Sonic 2 has breathed new life into the fan base, in more ways than one, and it should absolutely inform how the game’s stories are written in the future.

Oh, and spoiler alert, Shadow’s here now. His whole thing revolves around humans, so that gives us even more opportunities for real bad guys.

With Sonic Frontiers going open world, it needs to lean into this world the movie created. After years of struggling to find its identity, it feels like we’re finally getting there. Let’s bring back the bold spirit of the adventure games, and embrace this new world the fans have adopted so readily.