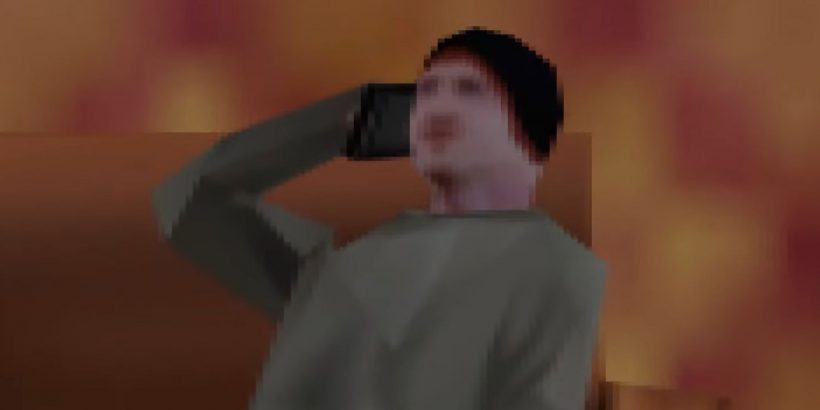 Breaking Bad is undoubetdly one of the best TV shows ever created and it's such a popular piece of media that its invaded popular culture in the form of absurd memes, it's regularly mashed up with other properties, and there's even a dedicated group trying to get Walter White into MultiVersus. So, it should come as no shock whatsoever that someone has managed to give us aa look at what Breaking Bad would potentially look like were it pitched as a game in 1996.

Uploaded by a YouTuber called PotBoiler (thanks, Destructoid), a video titled "Breaking Bad – PS1 Gameplay" is their idea of what a GTA-inspired Breaking Bad title would look like on a PS1. The video has the player take control of Jesse Pinkman as they rush off to kill Gale before a timer runs down. On the way to Gale's house, Jesse hits a police car and quickly rushes off to Saul Goodman to get the fuzz off of his back. He then arrives at Gale's, but ultimately runs out of time before he can perform the deed.

Unfortunately, this video isn't an actual video game you can go out and download, more a showcase of what a PS1 Breaking Bad game would actually play like. In fact, Breaking Bad creator Vince Gilligan once actually pitched a Breaking Bad game to people currently running Apple, pointing at Rockstar's GTA series and claiming in a recent interview that it "still makes sense" to him. Unfortunately, Gilligan's idea didn't get any furhter than the pitch, but at least we have this video to see what it may have looked like had it gone ahead.

It seems like PS1 demakes are all the rage these days, as several popular titles have been given the demake treatment lately. Such titles include Horizon Zero Dawn – which showed Aloy taking on a very blocky Watcher – and the very popular Bloodborne PSX demake, which managed to reach 100,000 downloads in less than 24 hours.