It’s no secret that Minecraft offers an almost unmatched level of creativity that lets players do nearly anything. It’s so powerful that the Tomb Raider 2 director is building his film sets in Minecraft, while Rock the Vote is even using it to educate young people about the American political process.

Those are more real-world applications for Minecraft, but that doesn’t mean it can’t be used for epic personal projects. Reddit user Branman1234 is a lover of both Skyrim and Minecraft, and he’s spent the last four years combining the two in this epic recreation of the Nord lands in Mojang’s blocky world. 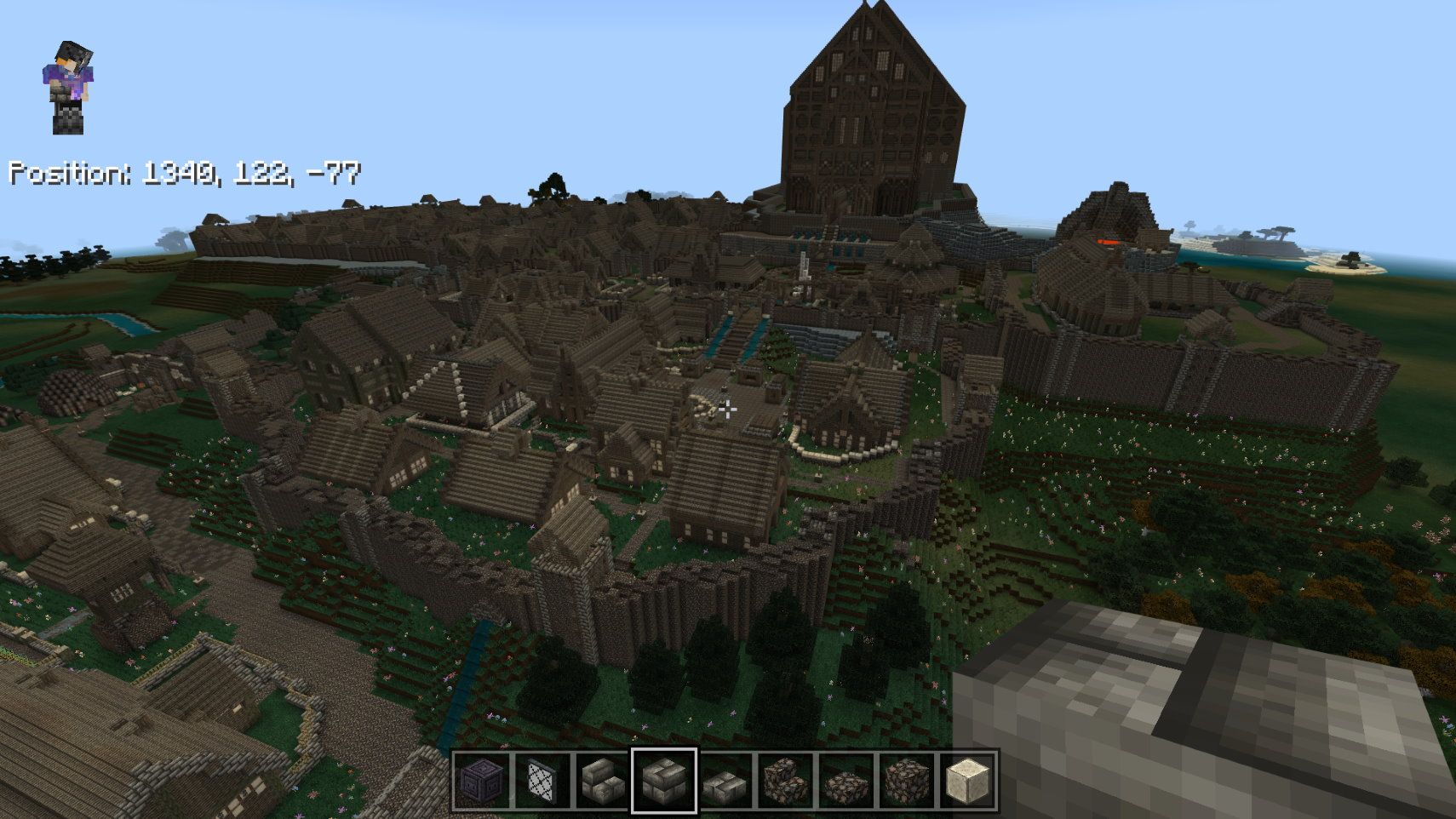 “After 4 years of work, all the cities/holds have been done on my Minecraft world,” reads the caption to Branman1234’s post on the Skyrim subreddit. His post includes pictures of Solitude, Morthal, Dawnstar, Riften, Falkreath, Markarth, Whiterun, Winterhold, and Windhelm–all the major metropolises of Skyrim.

Not all of these cities are completely finished, as you can see that Dawnstar is still missing the edges of town while Markarth towering mountain range will take ages to get right. But by and large, it’s Skyrim in Minecraft.

And it’s not just Skyrim from a bird’s-eye view. In an interview with YouTuber Hussman, you can see that Branman1234’s towns look pretty much as you’d expect at street level as well.

Branman1234 isn’t quite done yet. Now that the cities are nearly complete, he’s going to move on to making the more iconic of Skyrim’s underground areas. He’s already done the Thieves Guild and Dark Brotherhood and plans to work on some dungeons next. Perhaps they’ll even be populated by skeletons to give that authentic Skyrim feel.

There is one exception to accuracy in Branman1234’s rendition of Skyrim. The city of Dunstead is a personal creation that has no analog in Tamriel. It’s both larger and more complex than any of Skyrim’s cities, but it could easily pass for one had technical limitations at the time not made smaller cities necessary to keep the game from becoming an endless series of loading screens.