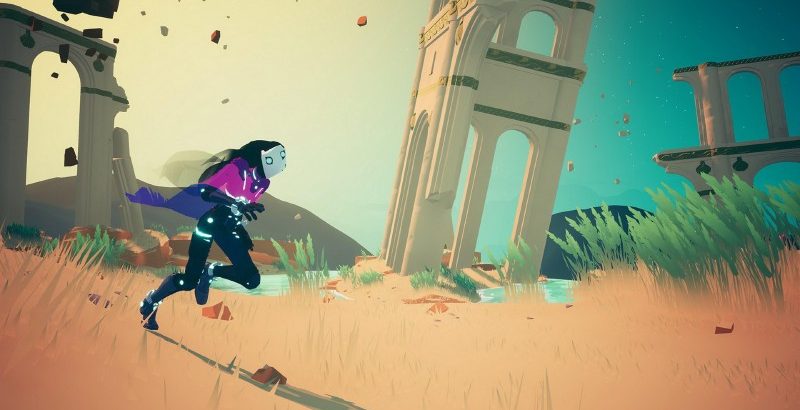 Originally set to release on October 26, Heart Machine and publisher Annapurna Interactive announced today that Solar Ash will now release on December 2. The studio says it needs more time to polish the game and squash some bugs.

Heart Machine and Annapurna Interactive have decided to delay the release of Solar Ash until December 2, 2021,” Heart Machine’s statement reads. “We want Solar Ash to shine, and we need a bit more time to get the last pieces of polish and bug fixes into the game, while still navigating this global pandemic as a highly dedicated team. This short delay will help us get there.

We are delaying release of #SolarAsh until December 2, 2021. Full statement here: pic.twitter.com/cfPS5SkbMa

Solar Ash was announced during the PlayStation 5 event held in July of last year and revealed as a fast-paced 3D platformer with Shadow of the Colossus-inspired boss battles. It is the next game by Heart Machine following its critically acclaimed Hyper Light Drifter.

In it, players control Rei, a spacefaring spelunker who explores alien planets for resources, artifacts, and more, while traversing environments through rollerskating-like mechanics. Rei’s world becomes threatened by a massive black hole known as the Ultra Void and she must make her way through it in order to save all that she knows.

For more about Solar Ash, find out why it’s on Game Informer’s most anticipated holiday 2021 games list and then check out the trailer recently released during the Annapurna Interactive showcase. Check out this brief look at one of the massive bosses Rei will be fighting in Solar Ash after that.

Are you excited for Solar Ash? Let us know in the comments below!