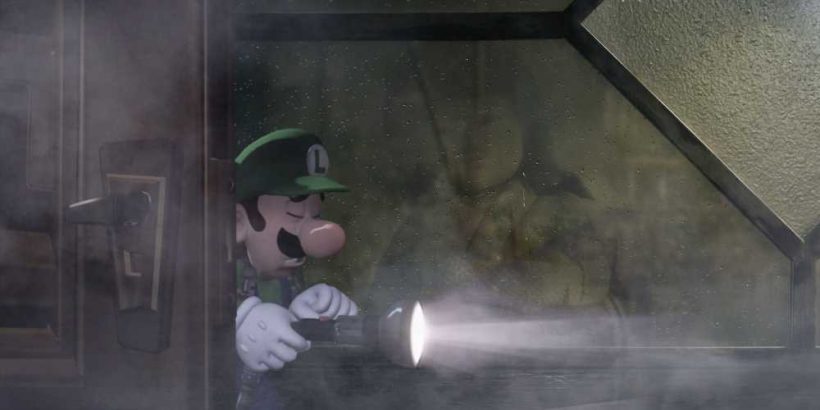 Silent Hill: f was revealed in last night's Silent Hill presentation, confirming earlier leaks that gave us the name but little else. We only got to see a teaser trailer, but it was certainly as unsettling as anything to come out of Silent Hill.

It's also coming from an unlikely source. Producer Motoi Okamoto used to work at Nintendo where he helped create such games as Luigi's Mansion and The Legend of Zelda: The Wind Waker, but he doesn't appear to have any experience in the world of horror games.

As noted by Nintendo Life, Okamoto first got started at Nintendo in 199. His first project was Luigi's Mansion where he worked library support, then he went on to assist with the creation of Pikmin and Pikmin 2, The Legend of Zelda: The Wind Waker, and Super Mario 64 DS. He directed Wii Play in 2006 before leaving Nintendo in 2007 to form his own independent studio called Entersphere, creating the action-strategy game Army Corps of Hell for the PlayStation Vita.

Okamoto then joined Konami in 2017 and now appears to be a driving force in Silent Hill's revival.

The curious thing here is that Okamoto doesn't appear to have much horror game experience, so perhaps he's a die-hard Silent Hill fan that finally got into a position where he could resurrect the franchise from years of neglect.

As for Silent Hill: f, it appears like the game is in very early development with NeoBards Entertainment, a studio that has supported Capcom with the Resident Evil remakes, Resident Evil 7, and Devil May Cry: HD Collection. NeoBards also worked with Square Enix on Marvel's Avengers.

Besides the all-new Silent Hill game, Konami also announced Silent Hill 2 will be remade for the PS5 and PC platforms. No release date has been set, but you can wishlist the game on Steam now.