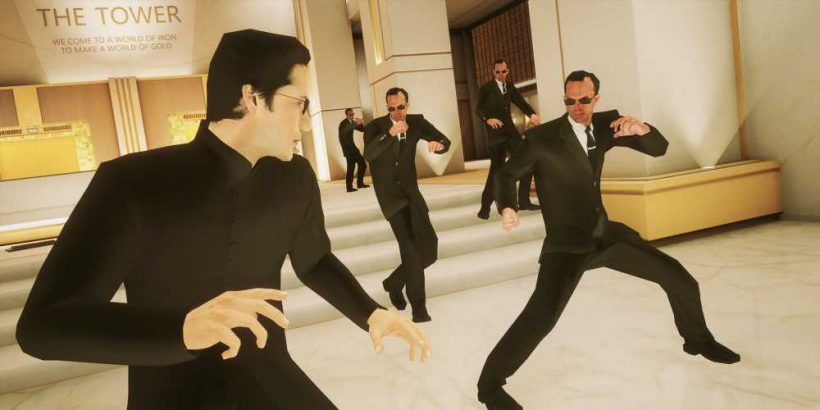 Sifu has been out for a few weeks and it already has a vibrant mod scene. You can replace the normal protagonist with various Marvel characters like Daredevil, Spider-Man, or Venom, you can swap them with Shaggy or John Wick, or you can go for an earlier Keanu Reeves role and replace them with Neo from The Matrix.

But now you can go one step further and basically recreate The Matrix: Reloaded’s iconic fight scene between Neo and hundreds of Agent Smiths courtesy of the Agent Smith Mod. From Sifu modder Halfmillz, the mod simply replaces every baddie in Sifu with the exact same Agent Smith model. Now all you need to do is get to a level featuring a relatively urban setting and you’ve got yourself a burly brawl.

Not enough Matrix for you? Halfmillz also made the Neo outfit, which replaces the standard protagonist with Neo and his black trench coat. Still not enough? How about The Matrix ReShade mod (also from Halfmillz) to give the world of Sifu a slight greenish tinge. Need more? The Matrix Combat SFX mod replaces the standard sound effects with noises that more closely match The Matrix films, including Sifu’s weapon swings, focus, charge attacks, and death sounds.

Combine them all and you’re basically playing the best Matrix game ever made.

In other Sifu news, Sloclap recently confirmed that total sales for the game across all platforms have passed 1 million units. That news came with Sifu’s latest patch that added Mandarin Chinese voiceovers for that extra bit of kung fu movie authenticity. Sloclap also promised more Sifu content would be coming, such as exclusive costumes for Deluxe Edition holders in May as well as more costumes for everyone later in the year.