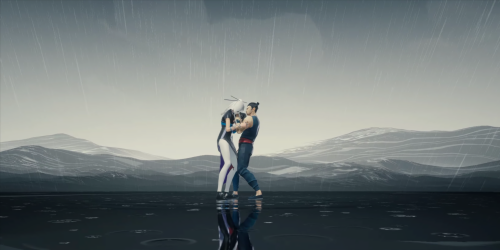 Sifu's third level, The Museum, is generally easier than The Club. However, the boss, Kuroki the Artist, is easily the biggest challenge the game throws at you up to this point. She is fast, strong, and dodging her moves requires a combination of parries and dodges.

Her second phase is also completely different from the first. The following guide will help you get through this tough fight. Even though there is a shortcut that lets you go directly to the boss after fighting only two enemies, Kuroki the Artist can still age you up to 70 if you are not careful. 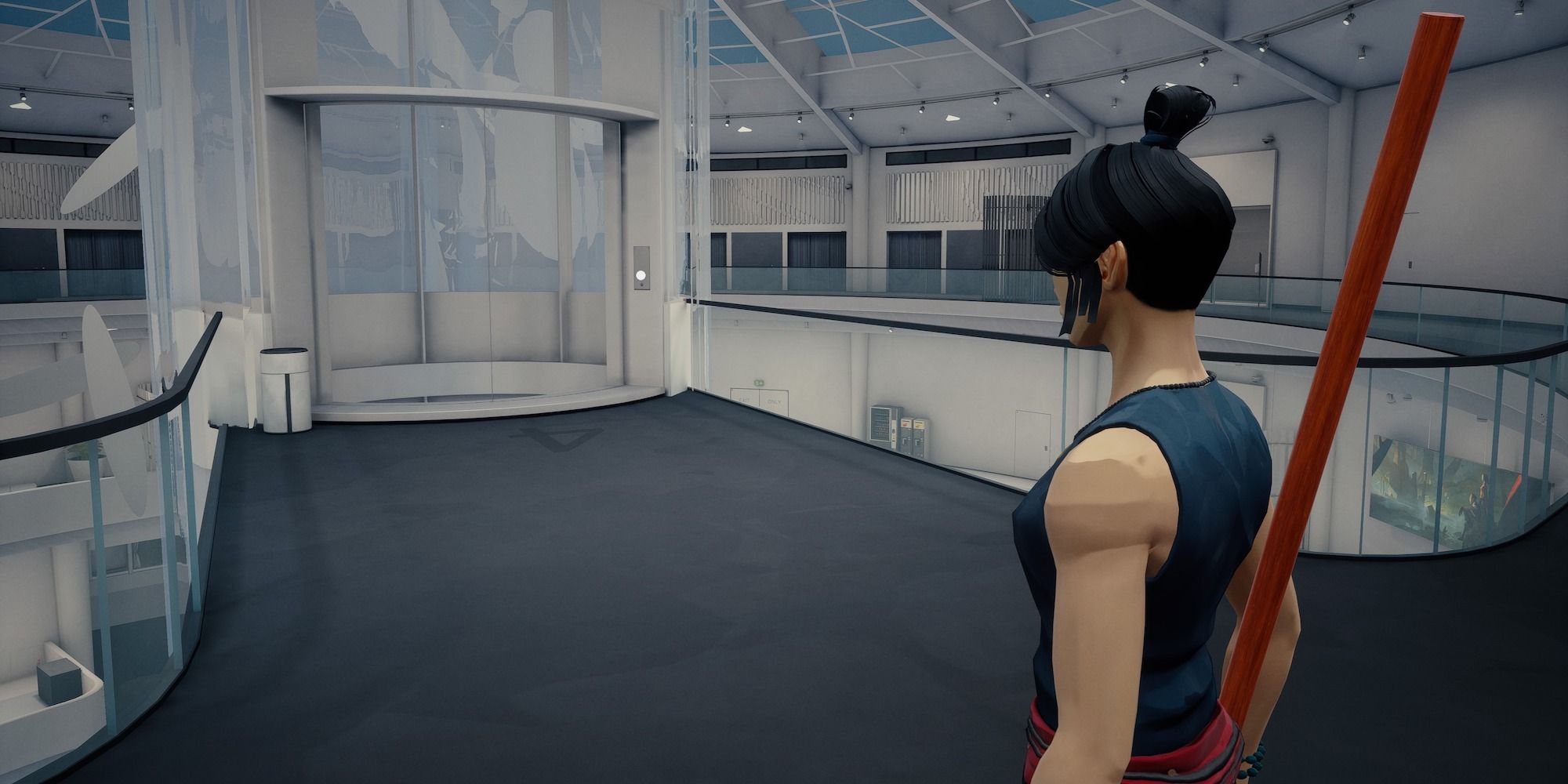 The Museum is a lengthy level split up into two parts. First, you go through the museum. Then, you fight through a series of strange art installations in a surreal setting before reaching Kuroki. Once you unlock the key to the elevator and the keycard to the stairs, you can bypass all of these. 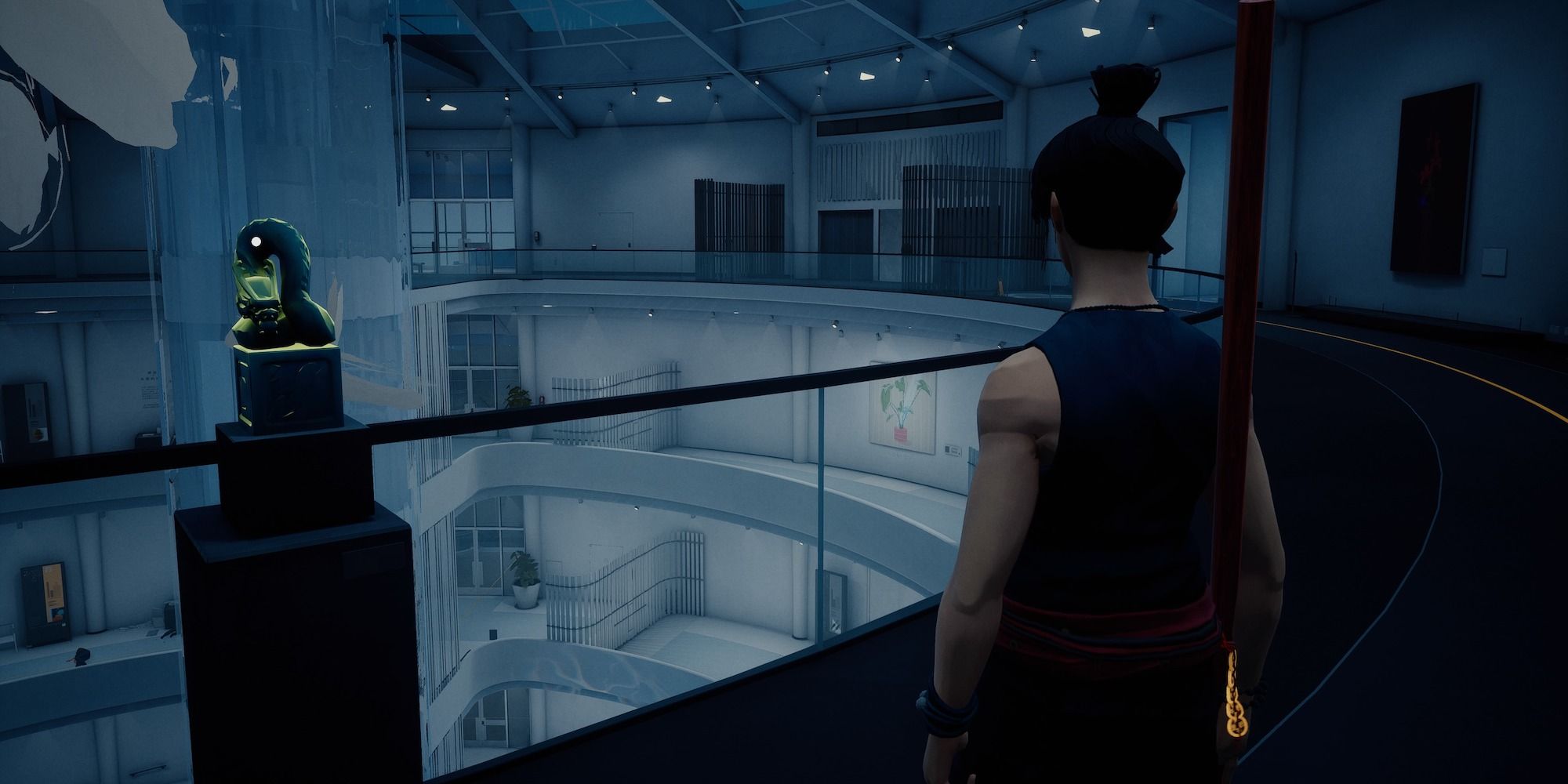 Even though you can go directly to the boss from the first floor, we recommend using the keycard to go up the stairs to the fourth floor where an extra Shrine is waiting for you. There are two extra fights here – on the stairway to the second floor and on the second floor – but they are easy bouts. You do not have to fight the woman on the third floor, though you should do it once because she has an item for the Detective Board. Once you reach this Shrine on the fourth floor, go back to the elevator and call it up to go directly to the boss arena.

Kuroki The Artist: Phase One 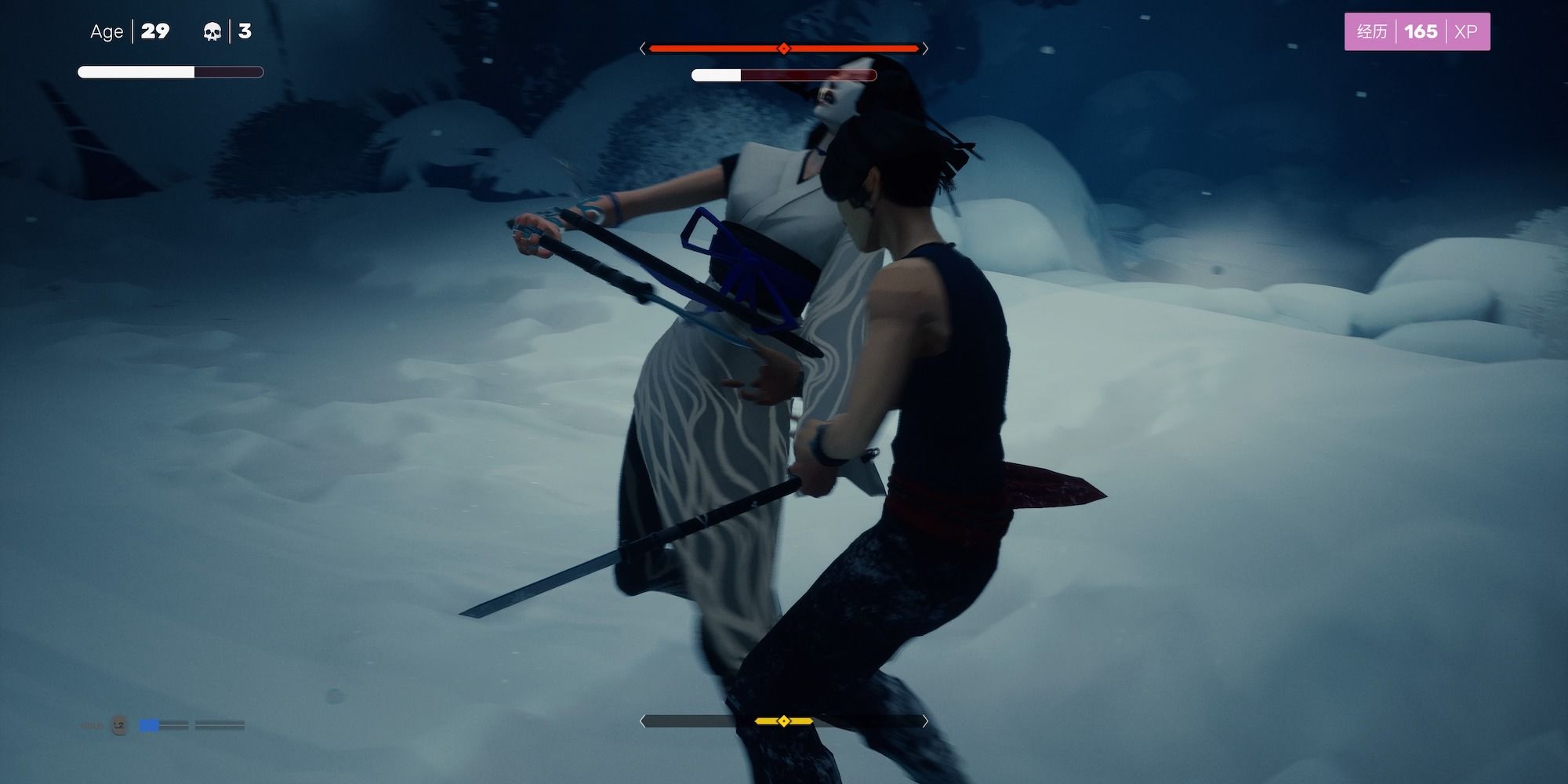 Kuroki's first phase is way harder than her second form. She has several flurries of fast attacks. In general, play defensively and focus on dodging and parrying. At the end of her combo you should have time to land a few hits. She has one wind up vertical strike that almost always breaks your Structure, so be sure to dodge this. If you need time to recover Structure, use the environment to create more distance between the two of you. 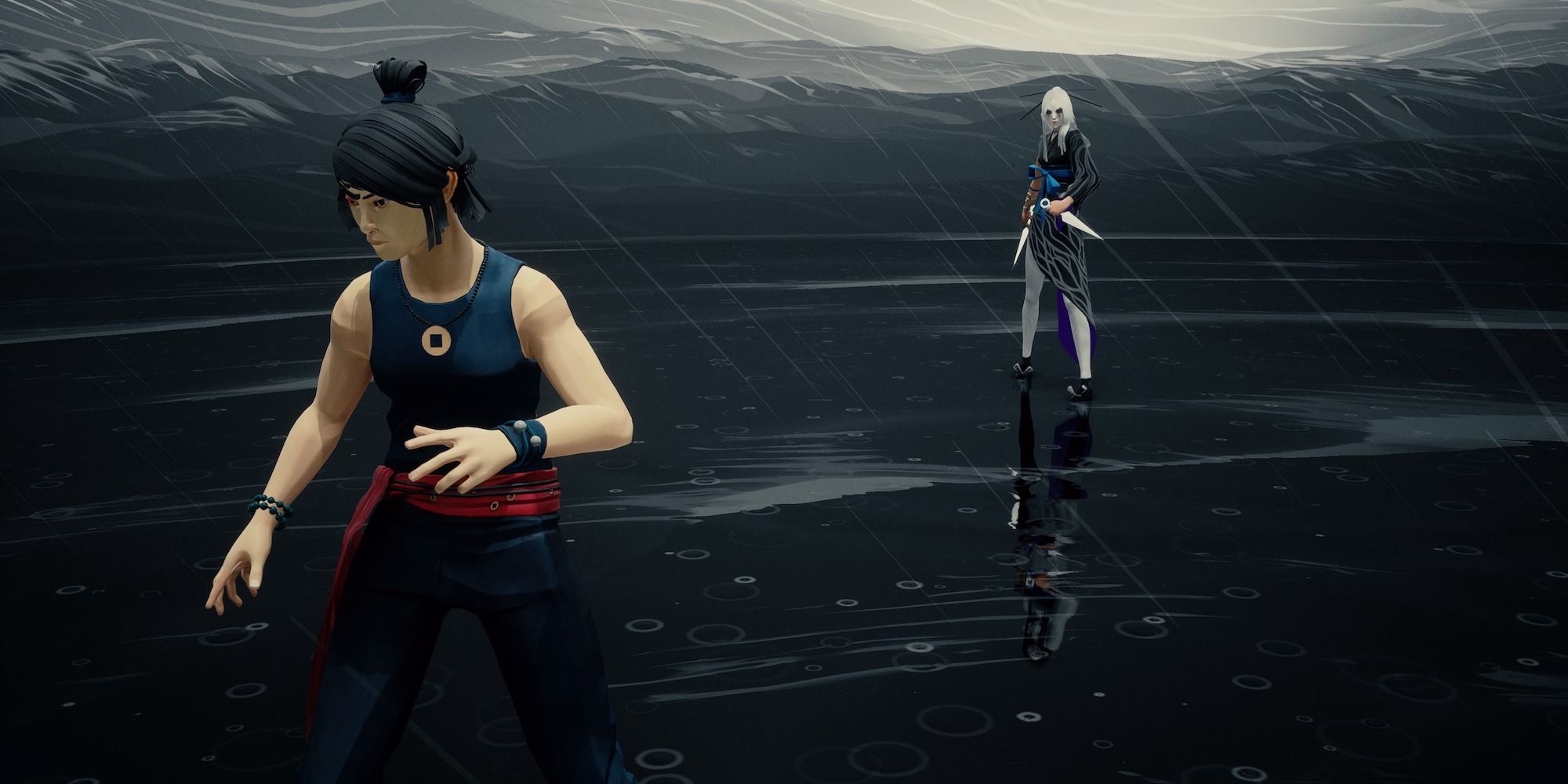 The second phase sees Kuroki come at you with a radically different set of moves. Her close-range attacks consist of a variety of kicks and knife attacks. Parry these and get ready to dodge the jump kick. She also has a deadly dash attack you should dodge or parry. This is heavily telegraphed by a pose, sound effect, and a flash by her.

Get a few hits in while she leaves herself open after these attacks. We highly recommend permanently learning Weapon Catch by this time. With the ability, you can catch the knives she throws out of the air and launch them right back at her. 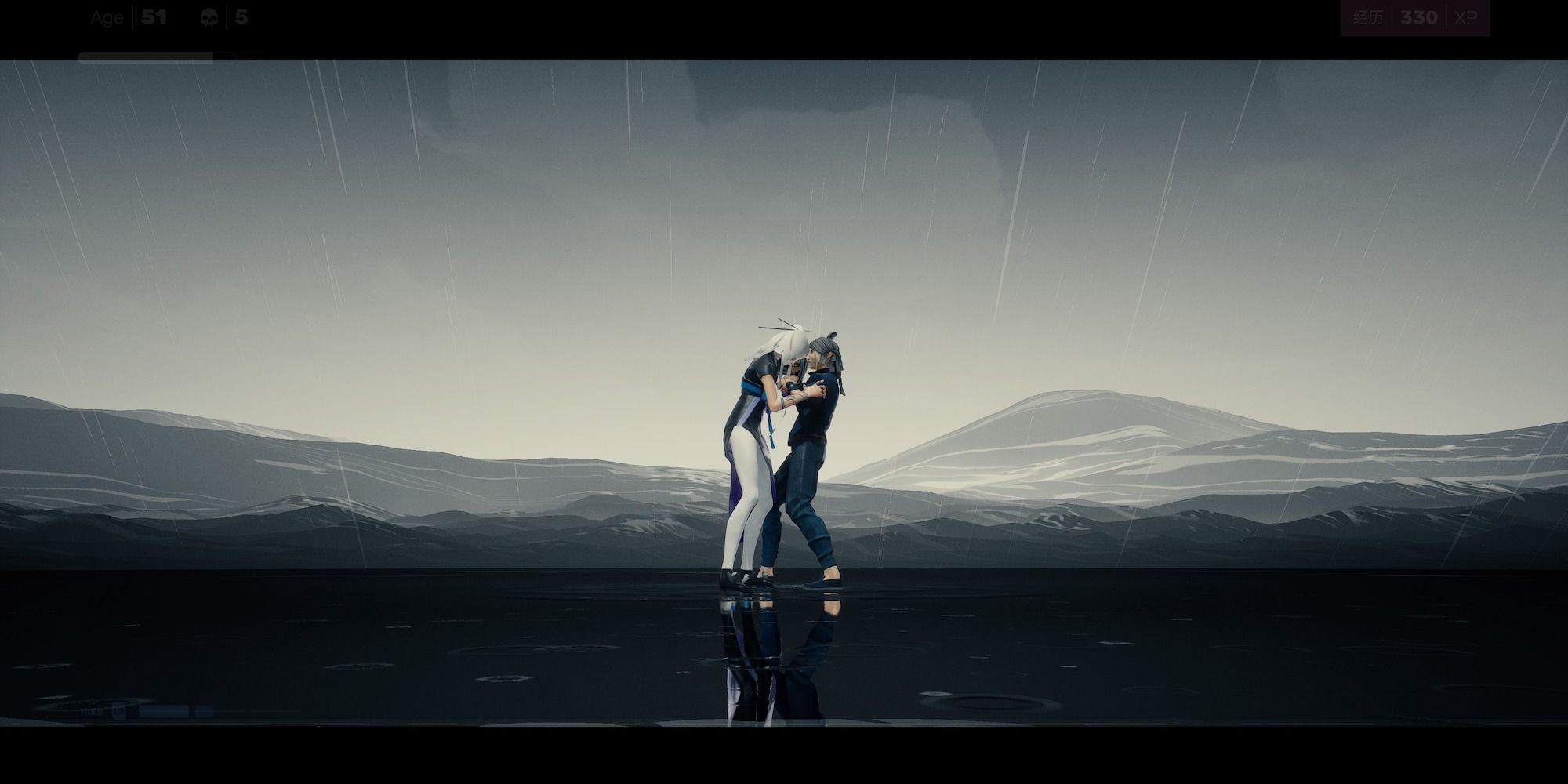 When sparing Kuroki for the true ending, you can play the first phase exactly the same. During the second phase, focus more on parrying her attacks to build up her Structure. You can still attack her, but just be sure not to deplete her health too much.

If her health falls below two thirds and her Structure is still not built up, lay off the direct attacks. When she is dazed the first time, let her recover. Build up her Structure again and the second time she is dazed you will be able to spare her life.