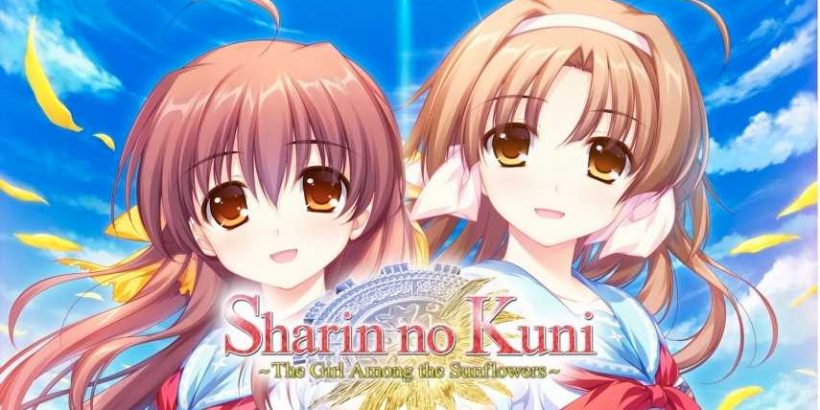 Front Wing has announced that the PS Vita version of Sharin no Kuni: The Girl Among the Sunflowers, a visual novel developed by Akabeisoft2 for Microsoft Windows that was first released in November 2005 in Japan, has been cancelled.

The English version of Sharin no Kuni: The Girl Among the Sunflowers is still expected to be released for PC in March. In the interactive visual novel, players take on the role of Kenichi Morita, a young man who has trained for seven years to become a Special High Class Individual.

For his final exam, Kenichi travels to his hometown where he must pose as a student in the local school and rehabilitate three female students who possess “obligations” to prepare them to return to society. When he meets Natsumi Hinata, the girl who “cannot fall in love,” his world is turned upside down, leading him on a journey of self-discovery.

The PlayStation Vita version of Sharin no Kuni: The Girl Among the Sunflowers, which was being backed on Kickstarter, was cancelled because it was unable to meet the deadline for its production, according to Front Wing. The publisher has added that they will be exchanging the PS Vita version of the visual novel to the PC one for all eligible backers and pre-order store buyers or refunding their money.

“We would like to make clear that AKABEi SOFT2, Eastasiasoft Limited, Limited Run Games, and Tokyo Otaku Mode Inc., which have been mentioned before as project members, have no role or responsibility in the delay or cancellation of the game, including the PS Vita version. Please refrain from contacting these companies individually with any complaints or inquires,” Front Wing said.