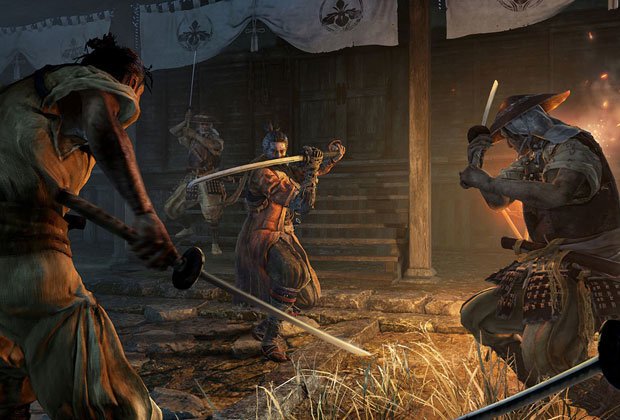 Polygon – Sekiro is brutal, beautiful, and FromSoftware’s friendliest game yet

Sekiro: Shadows Die Twice is often brutally difficult and frequently esoteric, like developer FromSoftware’s Dark Souls and Bloodborne, but compared to the studio’s other games, it has surprisingly friendly touches.

Playing Sekiro: Shadows Die Twice at a recent Activision event in New York, I recognized many familiar elements from the “Soulsborne” games. There are tense, challenging hand-to-hand combat battles. There is a woman in a caretaker role, Emma the Physician, who behaves much like the Fire Keeper of Dark Souls 3 or the Doll of Bloodborne. She’ll upgrade your health-restoring gourd and tell you stories about this world and its inhabitants. There are places to rest — buddha statues, in Sekiro’s case — that allow fast-travel around the world. And there are often opaque gameplay concepts that are introduced with little explanation and will take time to fully grasp.

There are surprises as well that seem aimed at newcomers to difficult action games. Sekiro is kind enough to offer a very clear — but optional and potentially missable — combat tutorial. A man named Immortal Hanbei awaited me outside the game’s starting area, a run-down temple. Infested with a condition he called “undying,” Hanbei challenged me to slay him, which I obliged by putting a sword through his neck. Much to his dismay, he did not die, but we struck up a friendship and he taught me the basics of Sekiro’s swordplay, dodges, and counterattacks. 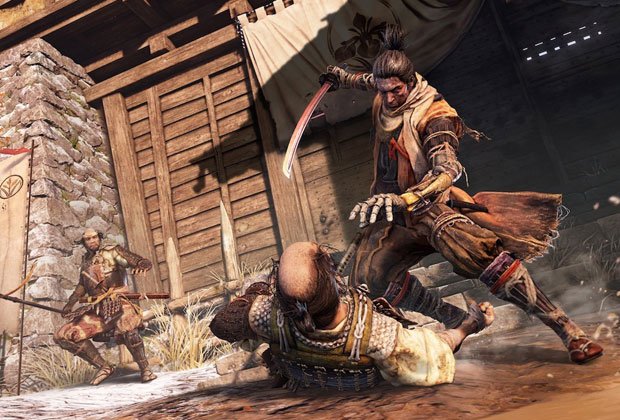 As you’d expect from the creator of Dark Souls, Sekiro is a very difficult game with Wolf only able to survive a few direct hits from even low-level enemies. Although arguably the biggest danger comes from the fact that the various human and supernatural enemies are a lot more competent watchmen than the average stealth game, and are able to not only spot you from a distance but don’t easily give up when they think you’re around.

Meeting the divine heir you’re finally given a sword and the chance to try out the game’s combat, which is fast and fluid and based around the principles of counters and performing a ‘deathblow’. The swordplay is relatively similar to a faster version of Dark Souls, but where the most important concern is to break the poise of your enemy. With less armoured opponents this can be achieved simply through a flurry of attacks, but in most cases you have to block their attack at the last minute or anticipate it enough to maneuverer around them and strike from a different angle. 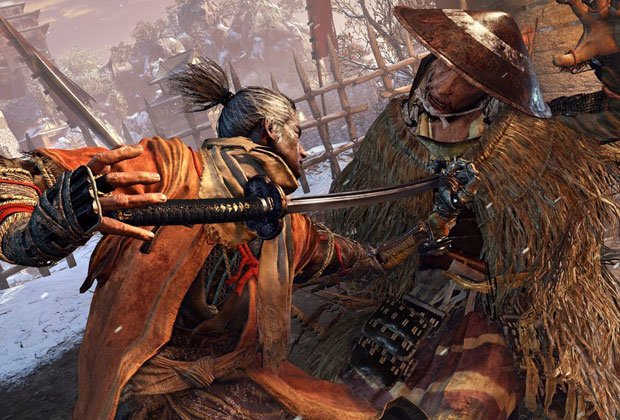 Precision is key when it comes to fulfilling the power fantasy of being a samurai. Careful and deliberate decisions characterise Japan’s warrior class; the layers of steel fashioned into their katana swords symbolic of the numerous rules and rituals that form their martial lifestyle.

A game that revolves around the samurai code should therefore capture that exactitude, and Sekiro: Shadows Die Twice does it beautifully.

That’s not a word I would typically use when describing a FromSoftware game – Dark Souls is nothing short of grimdark – but Sekiro deserves to be called beautiful. The setting is the most obvious reason: Sengoku period Japan is lush with cherry blossom, ornate temples, and delicate snow. But it’s the meticulous design of Sekiro’s swordplay that makes me settle on it.

Our Sekiro Shadows Die Twice review will be live at 1pm.