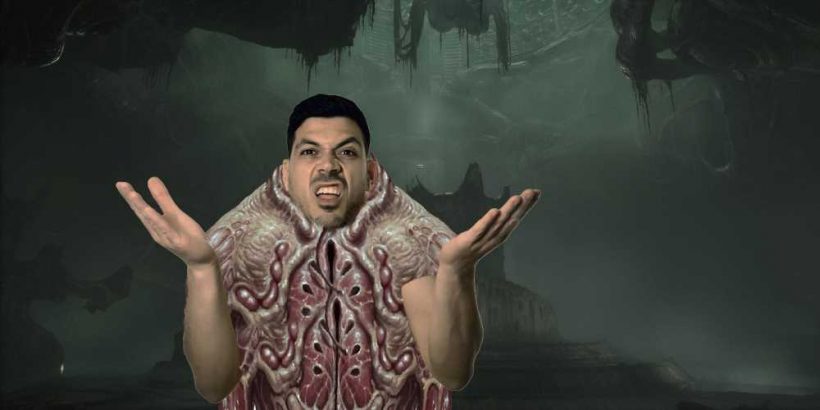 I’ve been wanting to play Scorn for eight whole years. I followed it through its first, unsuccessful Kickstarter campaign, was relieved to see it get a second shot of life, and slurped up every sticky, undulating trailer with excitement. Launch day was agony as I counted down the hours before I could get out of work and fully submerge myself into its warm and pulsating embrace.

I booted up the game I’ve been wanting to try for nearly a decade, and then everything went wrong. I played the first puzzle and all my enthusiasm for it sloughed away. If there was ever a poster child on how to begin a game, Scorn is most definitely not it.

Scorn begins with you waking up from your gross tentacle sleep, and quickly acquiring the living hand-implant-thing that lets you penetrate its various, awfully organic door locks and machinery. For a few moments, Scorn is everything I was hoping for – its melancholy atmosphere and casually disturbing architecture making exploration feel invasive, but all the more intriguing for it. 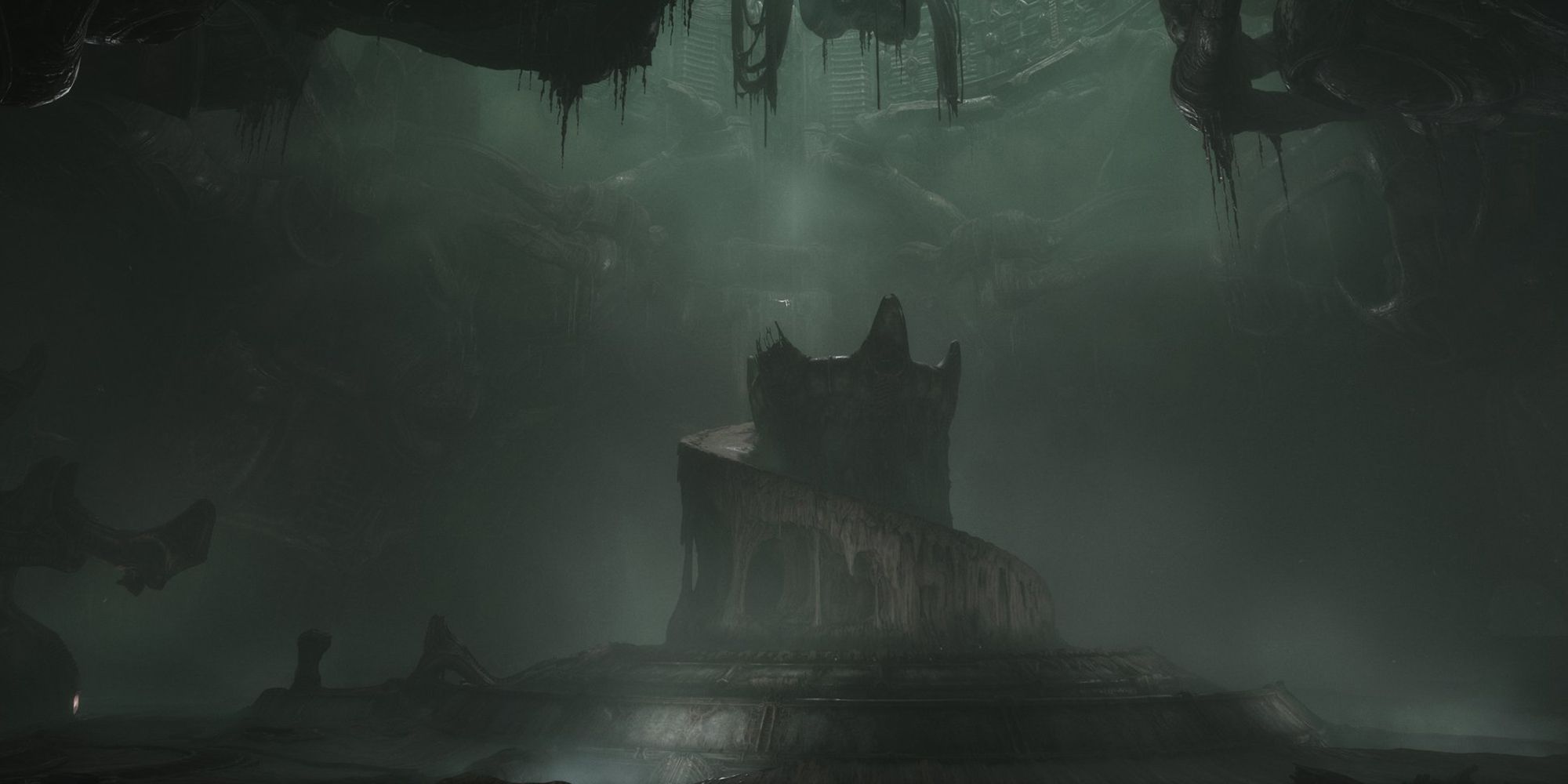 After a while of wandering through numerous corridors of varying phallicity, taking in the squelches and ick, you stumble into Scorn’s first main area, where it proceeds to spectacularly shit the bed. A cavernous expanse with a number of smaller rooms shooting off it, you’re left to meander around the space as you work out what to do. As you’d expect from the quiet horror of Scorn, there’s no guidance; it’s up to you to work out what you’re meant to do. While I’m all for taking the training wheels off and letting you just explore, Scorn fails to pull it off to an almost offensive degree.

The problems start immediately, as that big cavern that has all the hallmarks of your first real challenge isn’t even the puzzle you need to solve first. It’s a red herring, surrounded by smaller rooms full of smaller, redder herrings. Scorn frequently falls into the first-person equivalent of adventure game pixel hunting. While the aesthetic is Scorn’s entire selling point, it comes at the expense of readability. You need to jam your face right up to an object before it slightly lights up and shows a small button prompt to know if it’s just a random Wall Penis or a random Wall Penis something you need to interact with. When you have two sprawling floors of inconsequential stuff to faff about with, and only one of those is the console you need to use to progress, it becomes a game of find-the-needle-in-the-gross-haystack-made-of-meat. 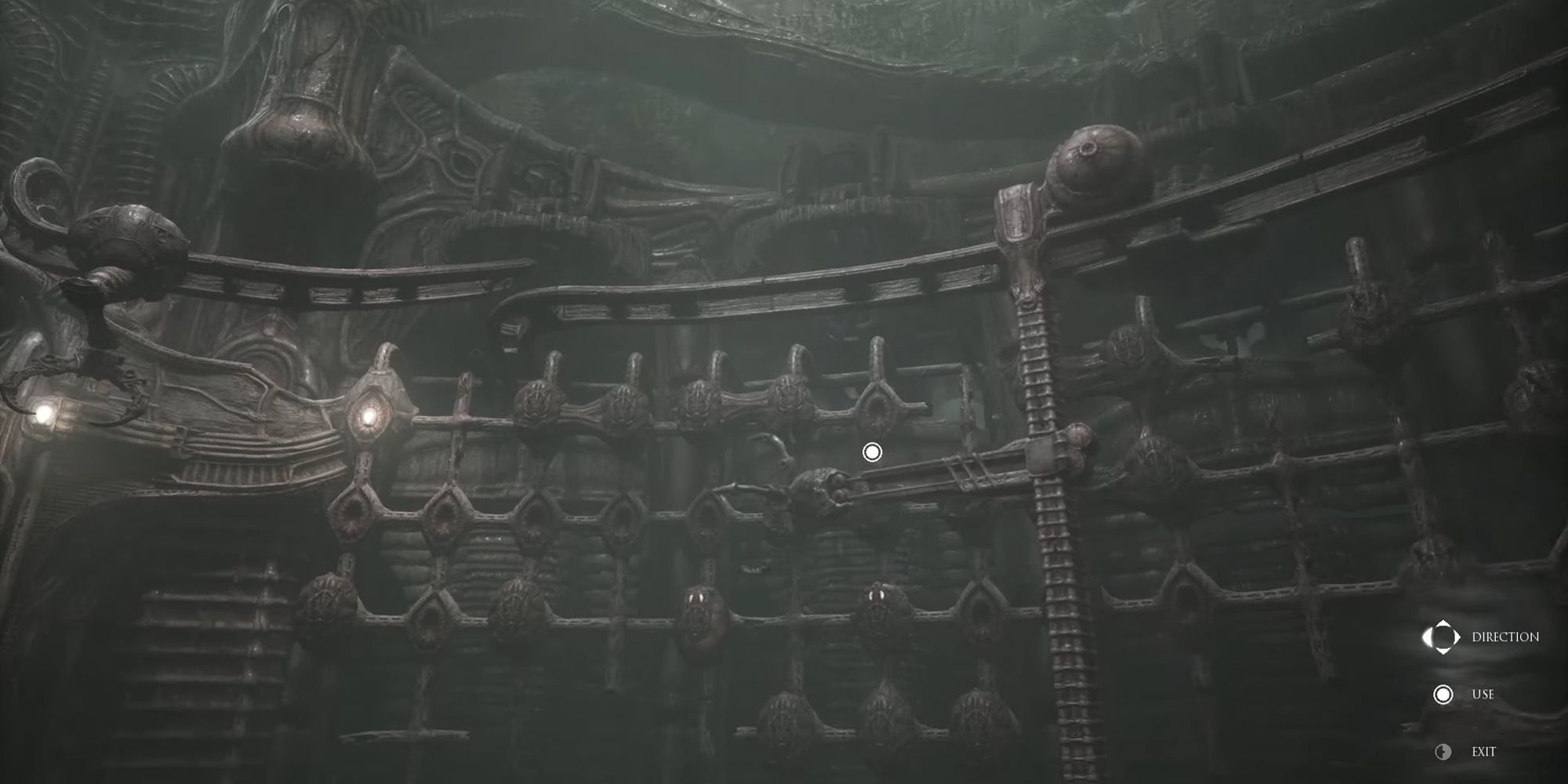 After spending hours hitting every switch and machine I could find in every conceivable order, I finally stumbled across the small lift tucked away in an ancillary room that takes you to the real puzzle, only to be slapped in the face with sliding tiles. Not only are sliding tiles the most cliché “we just need to pad out the game a bit” kind of puzzle you can ever include, but Scorn’s obsession with red herrings also rears its ugly head once again. You would think the goal is to get the brightly glowing egg to the left side of the wall, at which point the mechanical arm pries it off and drops it to the floor below, right? Wrong, you fucking idiot.

The realisation came in stages. First, I went back down to look for the egg, only to never see it again. Maybe the egg wasn’t the puzzle you’re meant to be solving now, so I retraced my steps and checked every one of those little rooms again to see if I’d missed something. Then it dawned on me in a flash of horror. “No, you buffoon. You moron. You utter nincompoop,” Scorn seemed to say, “that was a fake egg, obviously”.

I trudged all the way back to the egg wall, and there it was: two glowing pixels on an egg hidden way to the right of the screen. It then took an hour to slide it into place, but eventually you’re met with the first truly shocking moment of the game. Had it not been a gruelling few hours of desperately trying to convince myself that this was well-worth waiting eight years for, I’d have been excited. As it was, I felt a bit numb. 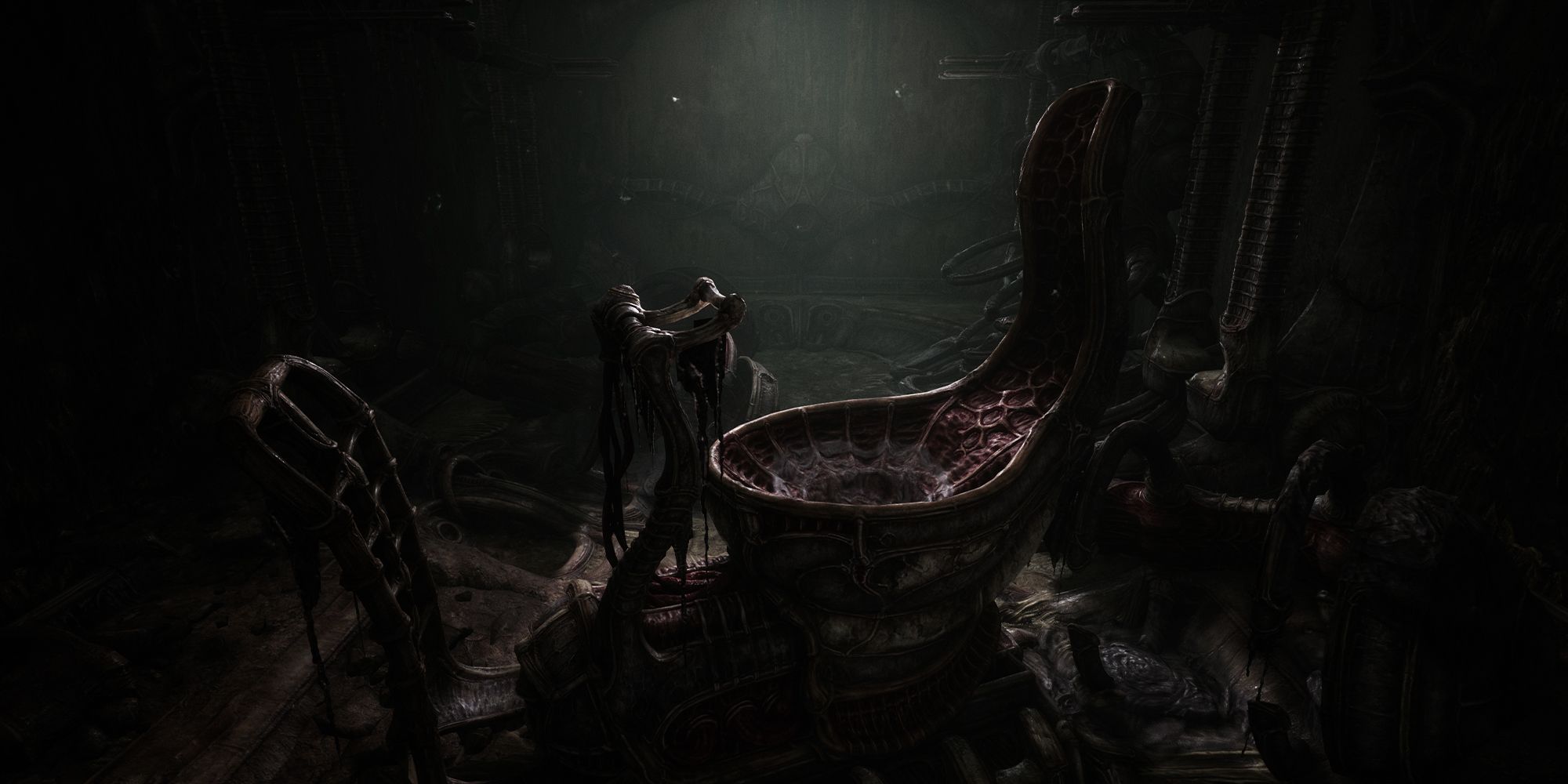 It’s crucial that games put their best foot forward in those opening hours. BioShock had its plane crash and descent into Rapture, The Last Of Us had its outbreak and tragic losses, and Final Fantasy 7 literally put you on a timer during the Avalanche bombing mission. They started with a bang and gave you the goods.

Scorn decided its opening gambit would be easily the most egregious puzzle design I’ve ever seen in a game, and I’m not sure I’m ready to forgive it just yet.